A man in Germany has attempted and succeeded at doing drift donuts in his living room with an AC Cobra. It’s definitely not something you see everyday, but it’s one way to keep hooning off the streets. 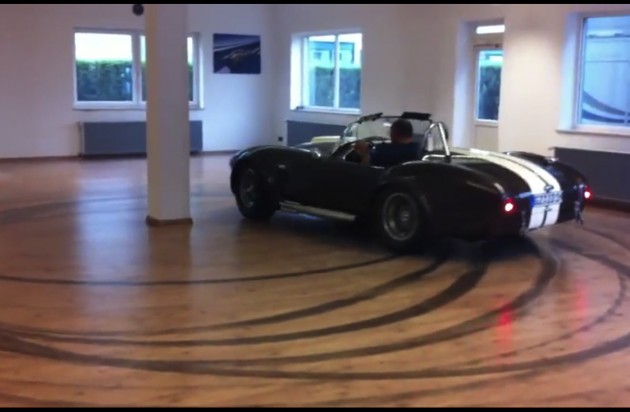 The drifting donuts are done on wooden floorboards around a large pillar in the living room of an apartment. We’re not actually sure if it’s the driver’s apartment, or how he got the AC Cobra into the room in the first place.

The driver certainly maintains good control of the V8 sports car, just missing the walls and the pillar on every spin. Take a look below.