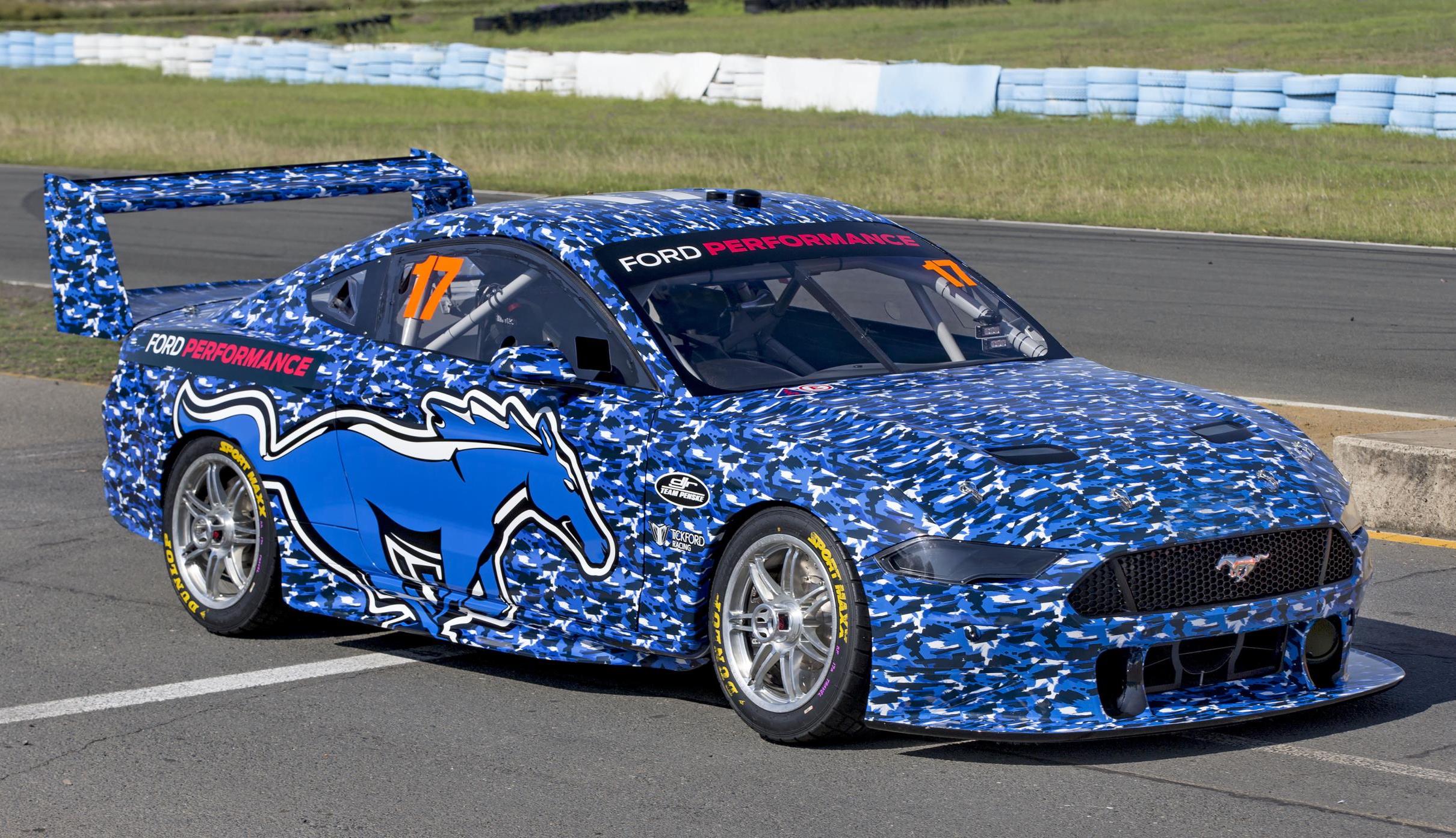 The new Ford Mustang Supercar (formerly known as V8 Supercars) has just completed its first on-track tests ahead of its championship debut next year. 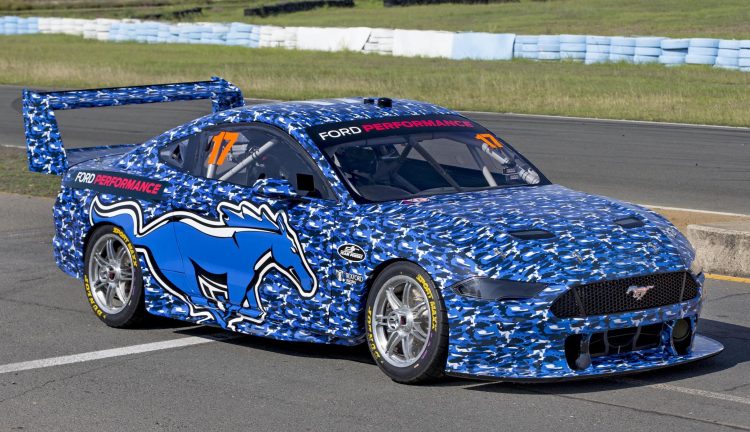 Ford Australia, in partnership with DJR Team Penske, Ford Performance and Tickford Racing, are behind the project. They took the first mule out for a test run at Queensland Raceway, with current Supercars Championship leader Scott McLaughlin behind the wheel. McLaughlin said:

“What an honour to be the guy to drive the very first laps of the new Mustang. Not only does it just look right, and sound awesome, but it feels right too – in terms of balance, settings – we’re starting off a great base as we develop the car for next year.”

As you can see in the images, the Mustang Supercar takes the shape of the current Mustang only it features an aggressive aero kit. At the rear is the typically huge wing, while the front end features a deep intake system with a large splitter. Ford Performance Supercars lead aerodynamicist, Sriram Pakkam, spoke about the design, said:

“There’s nothing quite like having the Mustang – an actual race car on an actual track – to see the effectiveness of what we’ve done, and where we need to work on the car. It’s great to be part of such a significant model, and at a great time for Mustang in racing programs across the globe.”

The Mustang will come in to replace the Falcon as Ford’s motorsport entry, obviously, given the Falcon has been out of production since 2016. Ford fans will get their first chance to see the Mustang compete during the opening round of the 2019 Virgin Australia Supercars Championship, at the Adelaide 500, running February 29 to March 3.