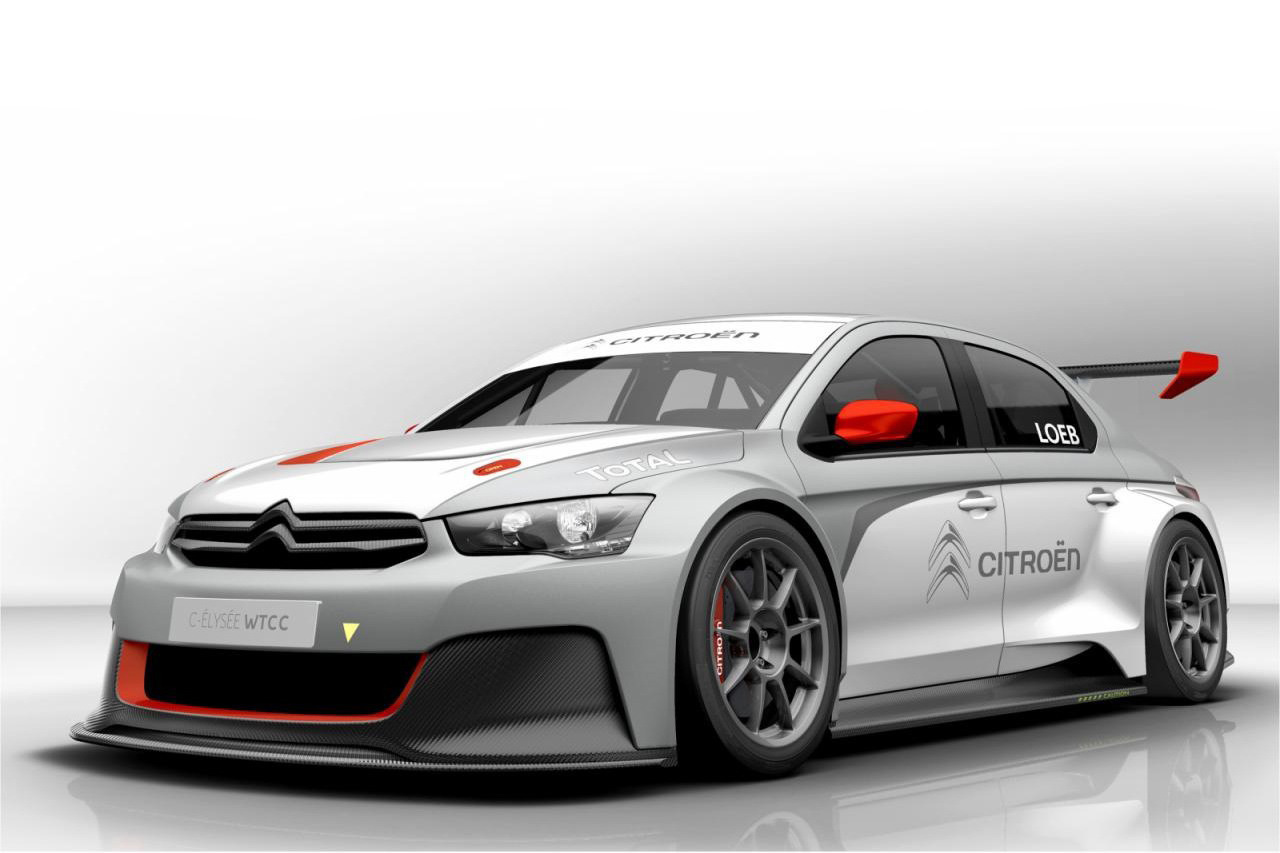 Citroen will unveil a striking new racing car at the Frankfurt Motor Show in September called the Citroen C-Elysee WTCC. The car will compete in the World Touring Car Championship from 2014. 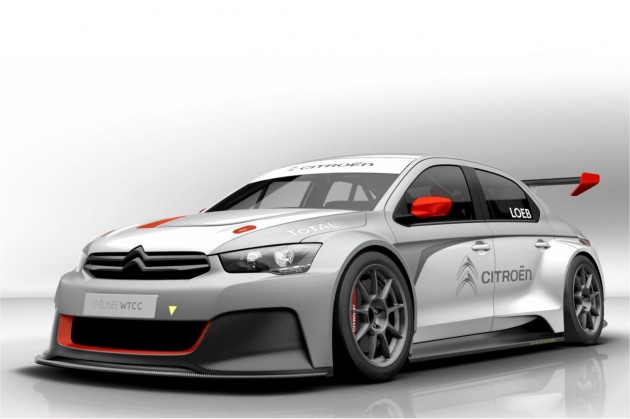 The car will be the first of its type to fall within new FIA regulations which will be imposed on the championship from the 2014 season. It will be driven by none-other-than Sebastien Loeb.

Power comes from a 1.6-litre turbocharged four-cylinder producing 283kW and 400Nm. The power is sent to the front wheels via a six-speed sequential transmission with a locking differential. 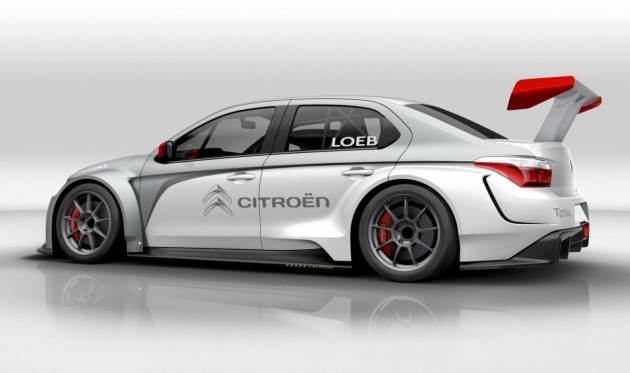 Weighing in at just 1100kg, the car is set to be a very competitive one out on the track. Xavier Mestelan-Pinon, Citroen Racing’s technical director, recently said,

“From a strictly technical perspective, the choice of a three-box saloon body was ideal in terms of aerodynamics. C-Elysee was therefore the perfect choice.

“Apart from this aspect, we were able to install the various components fairly easily. Insofar as this is our first track racing car, we constantly had to ask ourselves questions about the relevance of our choices, but that’s what makes this a particularly exciting challenge.”

The public will get a chance to see the racer in the flesh at the FrankFurt Motor Show, which runs from September 12-22.