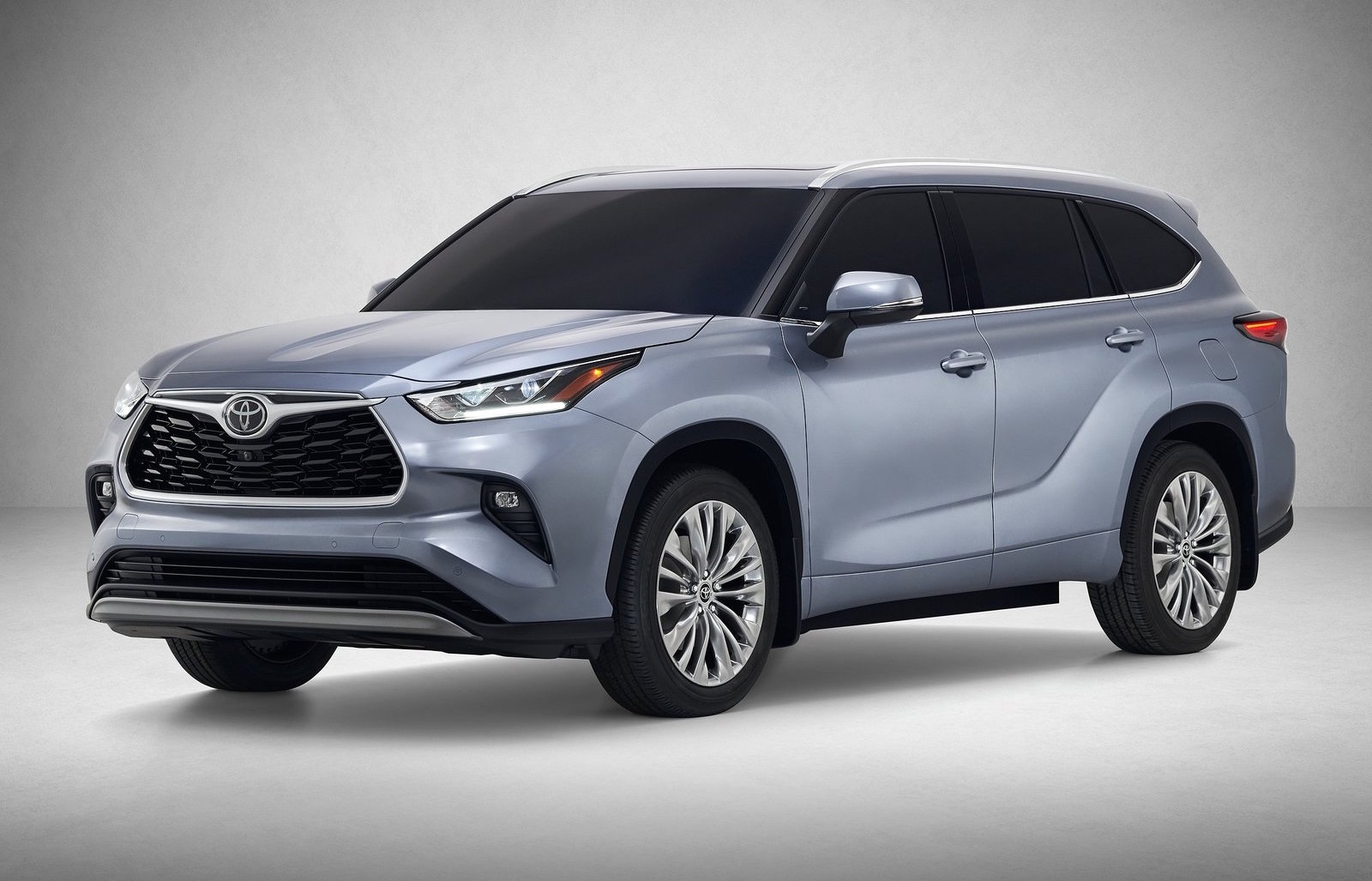 As previewed earlier, Toyota has unveiled the all-new 2020 Kluger at the New York International Auto Show this week. The new model switches to a more modern platform, sports a curvier body design, and presents are larger cabin. There’s also a new hybrid option. 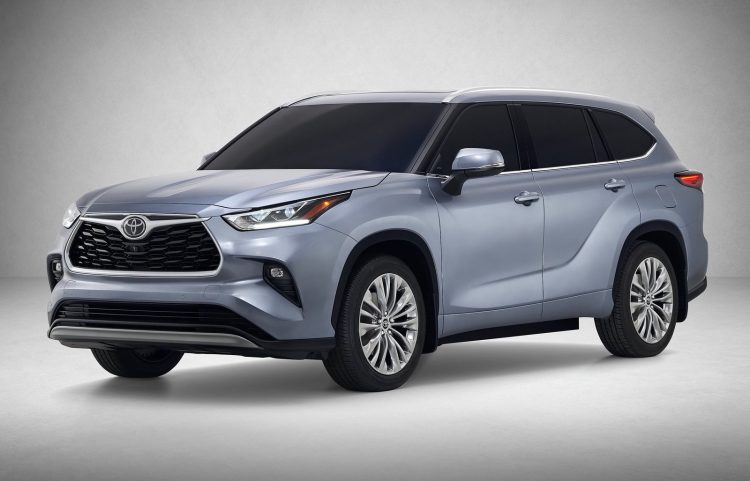 Firstly, yes, the 2020 Kluger does switch to the TNGA platform, which also underpins the latest Camry and Corolla. It’s the TNGA-K variant of the platform, supporting all-wheel drive running gear, although front-wheel drive options will continue to be available.

With the new platform Toyota promises improved safety and crash protection thanks to extensive use of high-strength steel in its construction, while also presenting enhanced agility along with a smoother and quieter ride. The SUV still uses a strut front suspension setup and a multi-link rear, but various revisions and tuning has been carried out.

Wrapping this new platform is a fresh body design. We’ll let you be the final judge of this area but from a technical point-of-view, the curvier panels provide improved aerodynamic efficiency. This also helps the SUV cut through the air, assisting with stability and cabin quietness. 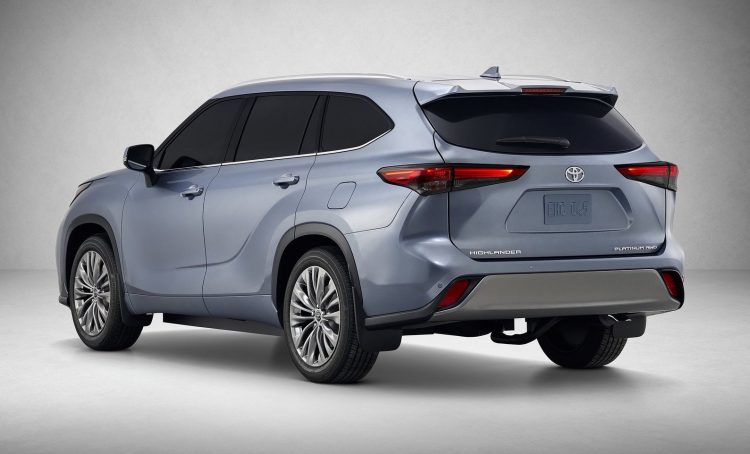 Power continues to come from a 3.5-litre petrol V6 engine that produces 220kW. It’s matched to an eight-speed auto transmission. Fuel economy figures haven’t been mentioned but even with a slight jump in power from 218kW in the outgoing model, the average consumption could drop.

If it’s better fuel economy you want though, you’ll be happy to hear the new model will also be offered with a 2.5-litre four-cylinder hybrid package (not yet confirmed for Australia). This powertrain is essentially the same as the setup offered with the latest Camry, where it offers a combined output of 160kW and a fuel consumption average of 4.2L/100km.

In US-spec form the new Kluger hybrid – called the Highlander over there – produces 179kW (240hp) and offers an EPA-estimated fuel consumption average of 34mpg (6.9L/100km). This power level is down slightly from the previous Highlander hybrid, which featured a V6 setup producing a combined output of 183kW.

For comparison, the non-hybrid V6 version in US-spec form for 2020 carries a “manufacturer-estimated” consumption average of 22mpg (10.69L/100km), while the current Kluger V6 AWD in Australia is stamped at 9.5.L/100km.

As mentioned, there will be FWD and AWD configurations to choose from at the showroom. If you opt for AWD, the latest model includes a clever torque delivery system that is able to send up to 50 per cent of the engine’s grunt to the rear wheels under certain demands. 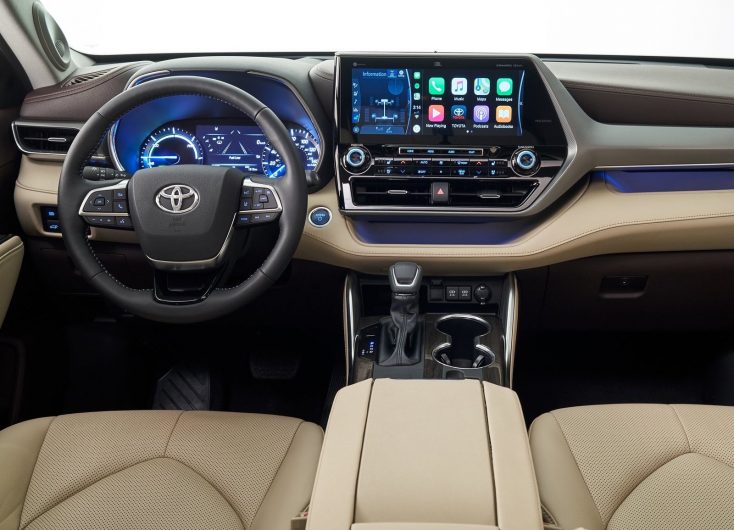 The cabin has grown in size, and even the boot space is more capacious. With all three rows of seats upright, the 2020 Kluger offers a cargo capacity of 456L (up from 195L). In the five-seat configuration with the third row folded down, the capacity is rated at 1150L (up from 529L), while this grows to 2076L with the second row folded (up from 1872L). It’s worth noting these figures are converted from the US-spec Highlander and its cubic-feet measurement system. They could end up being slightly different in Australia. Toyota Australia does say the boot space is increased however, but hasn’t specified figures yet.

In any case, the larger volume is partly thanks to the body length which has grown by 60mm over the outgoing model. The company has also installed a revised second row sliding rack that offers 30mm of additional adjustment, allowing users to increase the third-row legroom or boot space. 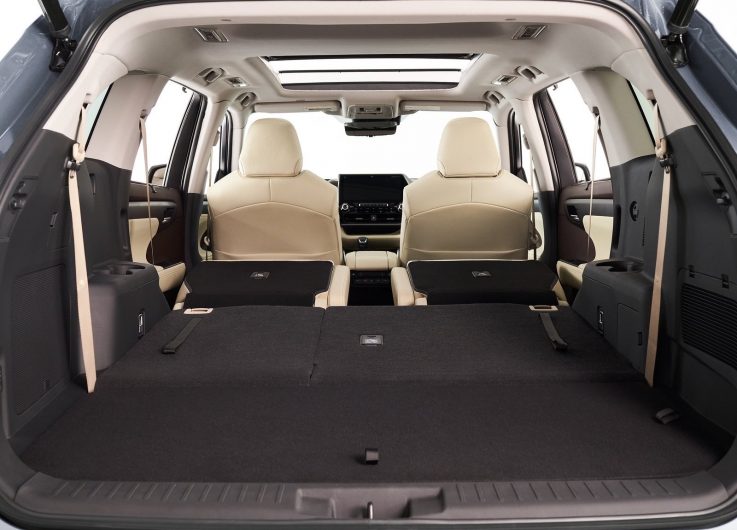 Toyota says designers have used inspiration drawn from luxury interiors to create the new cabin environment, with softer-padded surfaces placed throughout and more exposed stitching for that tailored look. The dash fascia has also been created to house the media and climate modules in a more elegant yet more practical way.

Some variants will come with a 12.3-inch touch-screen system, which Toyota says is the largest screen in the class. An 8.0-inch screen is featured on lower variants. There’s also a JBL 1200W sound system available, with up to 11 speakers. Head-up display, a panoramic roof, and a surround-view camera system will also be available on some variants.

Specifications and finer details for the Australian market are yet to be confirmed, however, the new model is expected to go on sale here early next year.