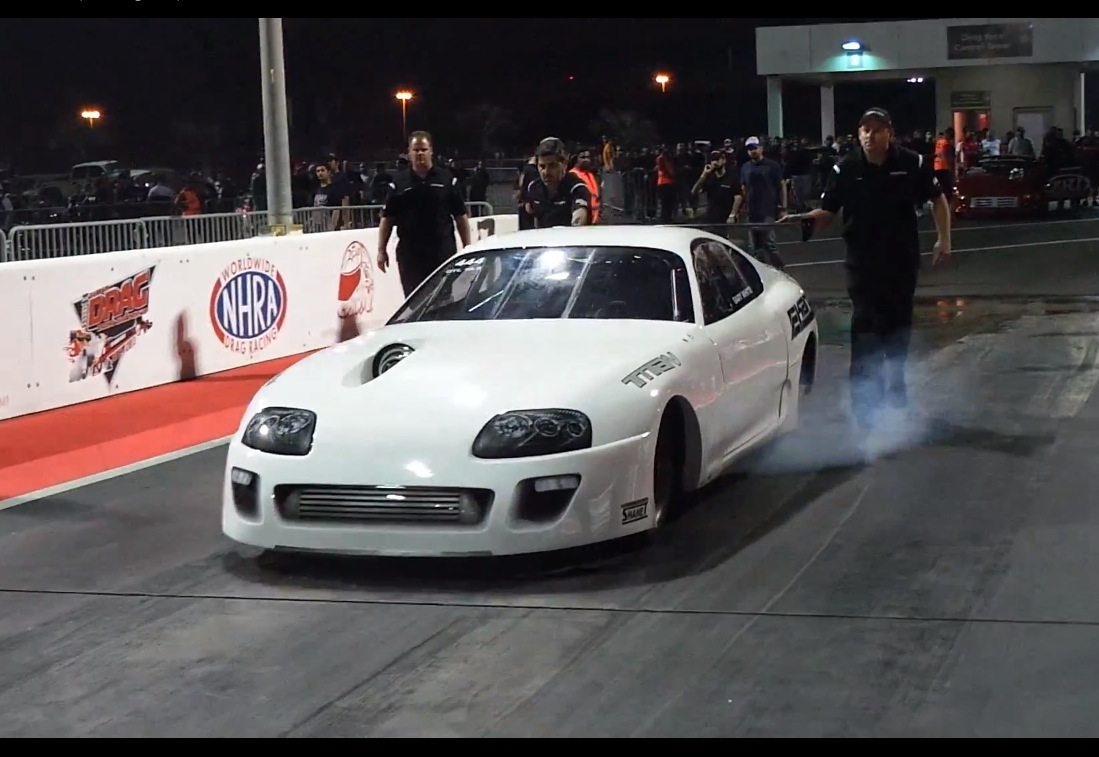 Have you ever wondered what the most ultimate expression of the Toyota 2JZ-GTE engine is? Wonder no more. This is quite simply the world’s quickest and fastest quarter-mile-running Toyota Supra in the world. And it has just beaten its own world record. 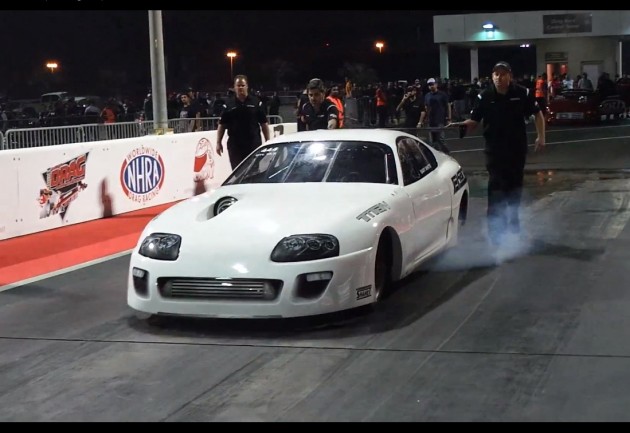 We won’t go on too much about the details as we’re sure you just want to watch the video, however, the car is a highly renowned drag car in the US built by E.Kanoo Racing. It has run a number of record-breaking passes in the past.

Power comes from a very custom 3.5-litre 2JZ engine using a monster single turbo setup, as opposed to the factory 3.0-litre twin-turbo layout. The engine is built by Titan Motorsports and tuned by Shane T and Eric Luzinky.

It’s unknown how much power this thing generates. Either way, with a quarter mile time slip that reads 6.15 seconds at 370.6km/h (230.2mph), we don’t think it really matters how much power it has.

The time apparently makes it the quickest and fastest independent rear suspension Supra in the world, running on 10.5-inch tyres.