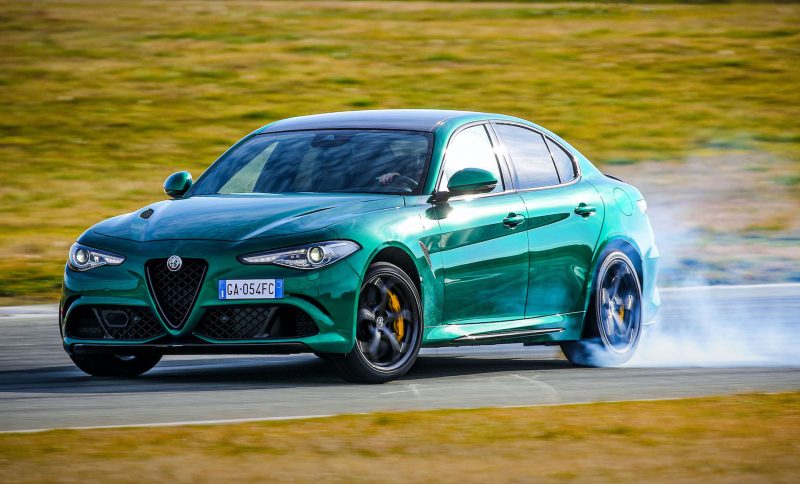 Some revisions have been announced for the introduction of the MY2020 Alfa Romeo Giulia Quadrifoglio and its SUV brother, the Stelvio Quadrifoglio, bringing in some new tech inside and a freshened up exterior. 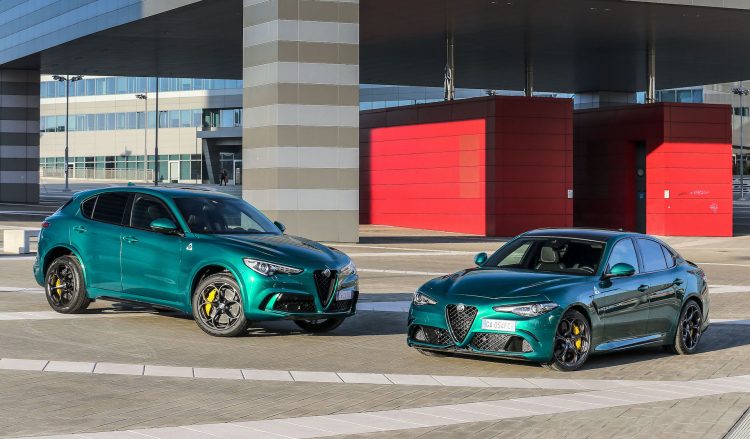 Firstly, the 2.9-litre twin-turbo Ferrari-derived V6 remains unchanged. It produces 375kW and 600Nm, making it one of the most powerful engines in its class. All of that continues to be directed through an eight-speed auto transmission and into a rear-wheel drive system with active torque vectoring for the Giulia QV, while the Stelvio adds Q4 all-wheel drive.

While there are no output changes Alfa Romeo is offering a new Akrapovic sports exhaust option for the MY2020. As standard both models come with a bi-modal exhaust, and the Akrapovic unit is no different. However, it’s made from titanium and features carbon fibre tailpipes. Alfa Romeo describes it as offering a “more sophisticated” sound. 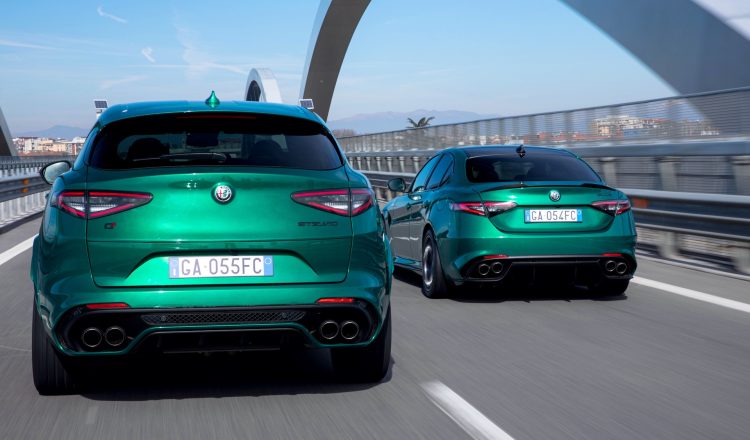 To help the high-performance models stand out even more than they already do Alfa Romeo is introducing a range of four livery options. These span from Competizione, Metal, Solid, and Classic. There’s also three new paint colours, including 6C Villa d’Este Red, GT Junior Ocra, and a dazzling Montreal Green.

Some other updates are applied to the exterior to keep it fresh. The taillight clusters now use dark lens highlights with new LED light arrangements inside, gloss black trimmings for the front trilobe and rear badges, and new 21-inch alloy wheels for the Stelvio QV – a first for a standard Quadrifoglio model. Mopar is also offering an accessory line which adds a carbon fibre front grille, side mirrors and rear spoiler. 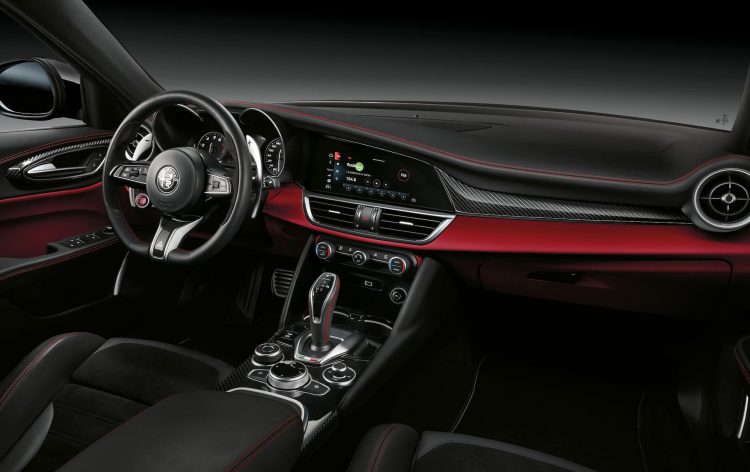 As for the interior Alfa Romeo is launching an all-new 8.8-inch touch-screen for the dash, presenting connected services and a new interface design. There’s also Performance Pages available within the interface giving users the opportunity to view some real-time stats such as turbo boost pressure, and even engage with the on-board acceleration timers.

Alfa Romeo says the model year 2020 update for the Quadrifoglio variants will go on sale in Europe in the middle of the northern summer. Australian details are yet to be announced.