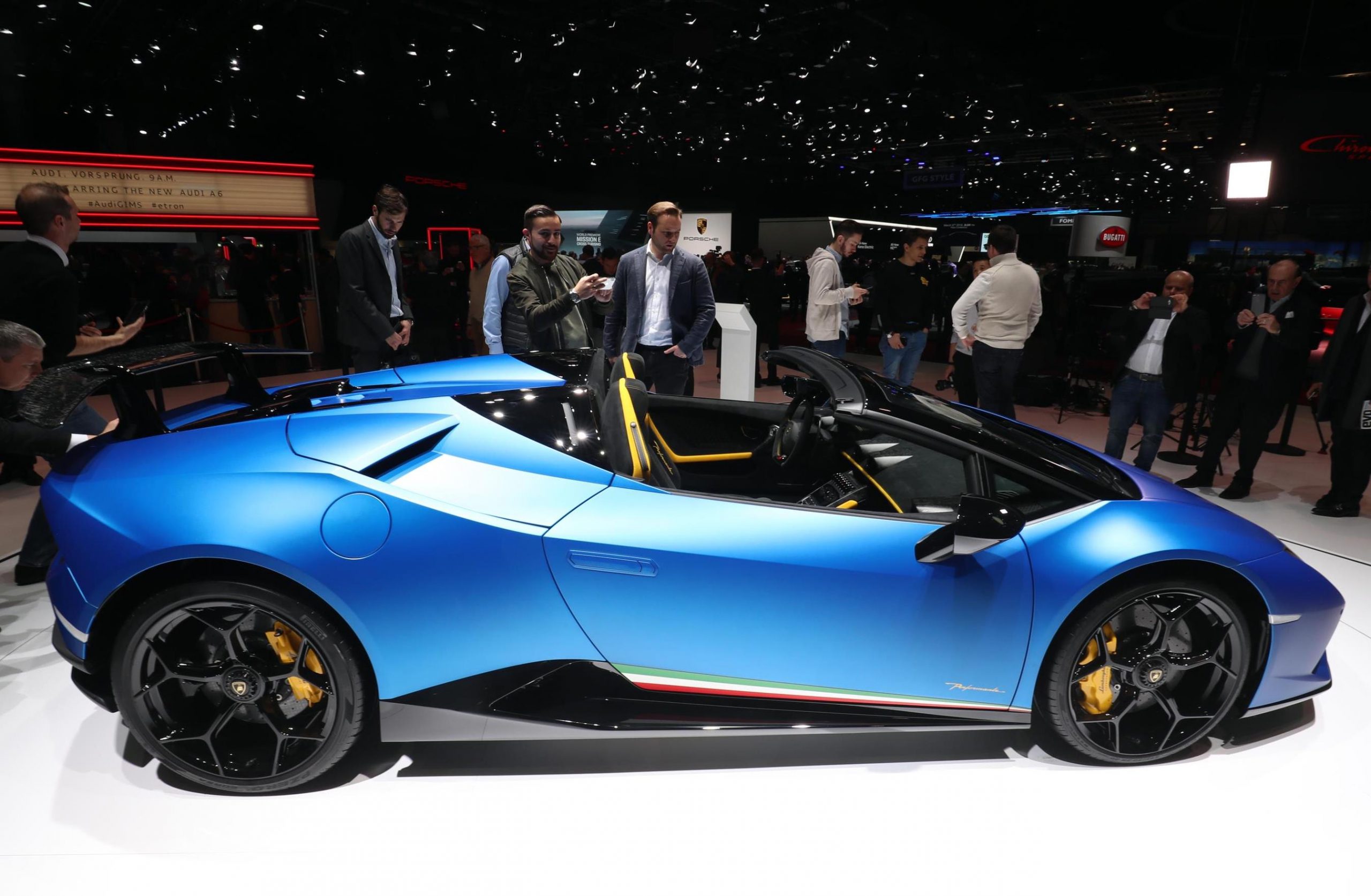 Following a number of teasers and previews, Lamborghini has now unveiled the hypo new Huracan Performante Spyder at the Geneva motor show. This is the drop-top version of the Nurburgring lap record-setting coupe model. 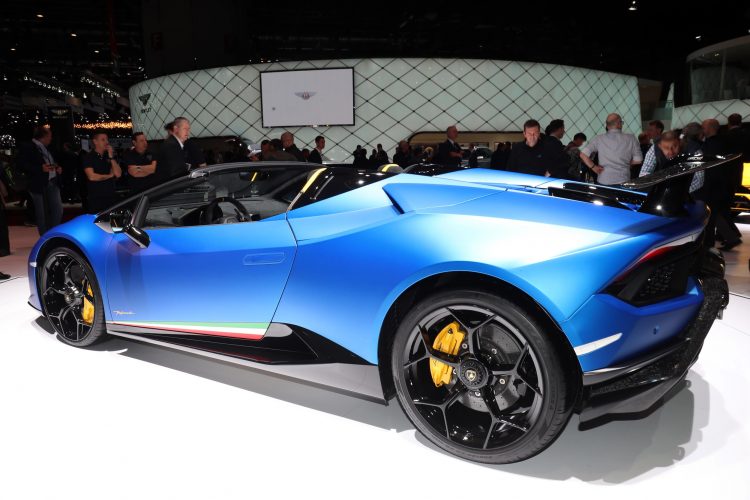 For the body the Performante version uses a unique aero kit with exposed carbon fibre skirting all around. There’s also Lamborghini’s patented active aero system, called Aerodinamica Lamborghini Attiva (ALA). Thanks to the lightweight parts, the Spyder weighs 1507kg, dry (down from 1542kg in the regular Spyder).

The active aero elements are able to adjust the Huracan’s body and airflow to ensure optimum traction and grip at all times, with the on-board computer able to activate in less the 500 milliseconds. Along with this, the Spyder uses a bespoke suspension tune for improved handling, as well as recalibrated stability control and Lamborghini Dynamic Steering (LDS), and the all-wheel drive system is tweaked. 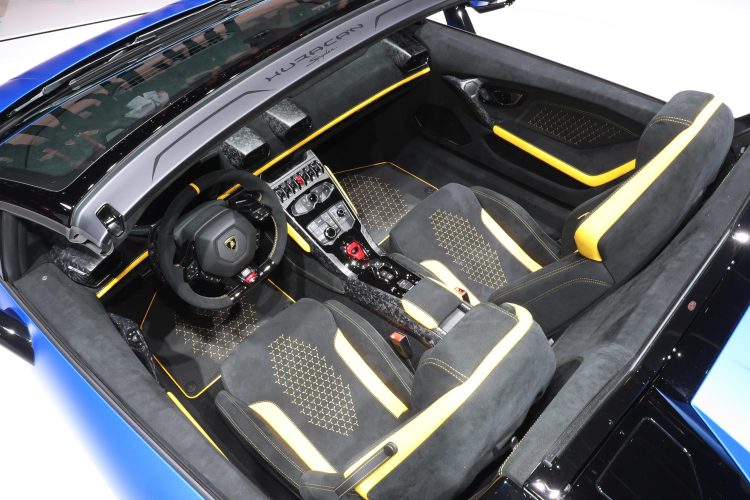 As for the highlight of the car, the roof, it opens electronically and takes around 17 seconds to retract. Drivers can do this while on the go, at speeds under 50km/h. If you don’t want the roof down but enjoy fresh air there is also the ability to lower the rear windscreen by itself. Stefano Domenicali, Lambo CEO, spoke about the new model, saying:

Sales will begin in international markets during the middle of this year, with prices in Europe starting from 219,585 euros, and US$308,859 in the US (excluding taxes).