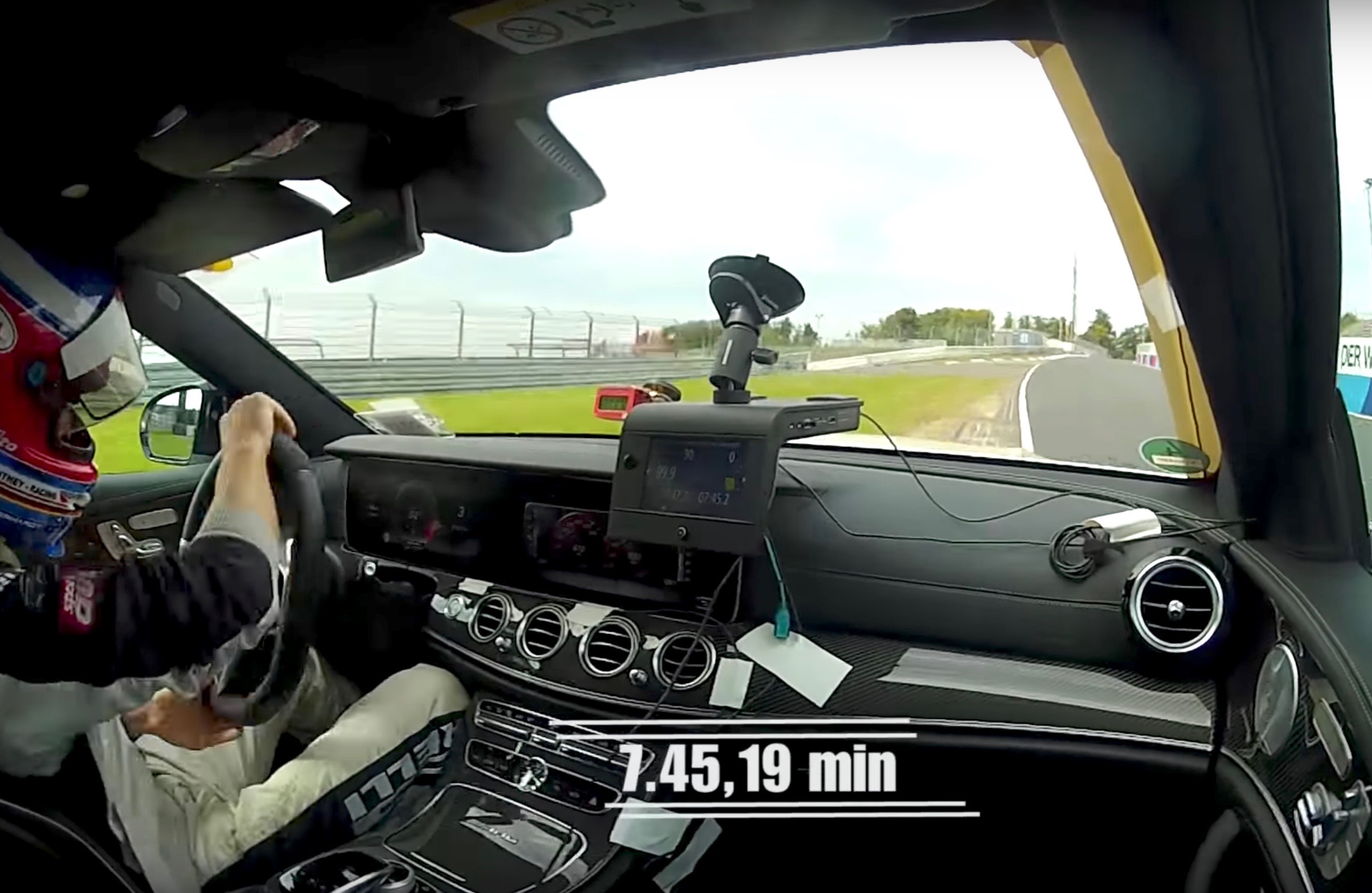 Renowned German car magazine Sport Auto has just posted a cracking lap around the Nurburgring in the 2018 Mercedes-AMG E 63 S Estate, clocking the quickest-ever lap for a production station wagon. 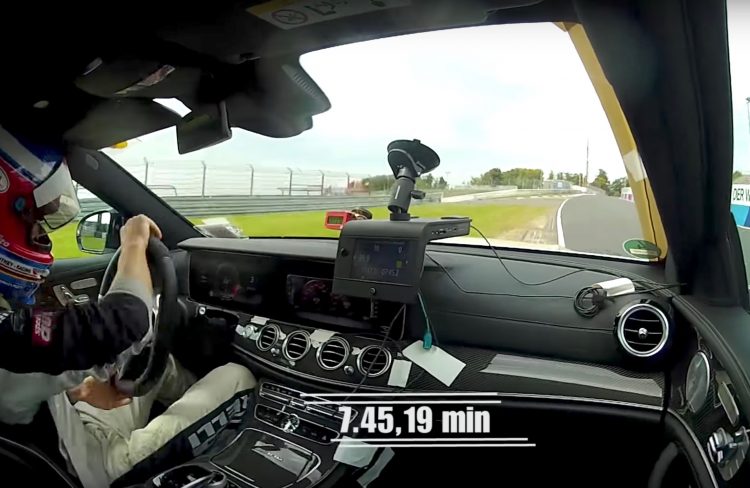 Nurburgring ace Christian Gebhardt drove the latest model around the German circuit in a blistering 7:45.19. This makes it about as quick as the old Mercedes-Benz SLS AMG (7:44.42), the Lamborghini Gallardo LP 570 Superleggera (7:46), and the Bugatti EB110 SS (7:44).

How did it achieve it? With a stonking engine of course. The latest model comes with a 4.0-litre twin-turbo V8 that churns out a whopping 450kW of power and 850Nm of torque. Thanks to an all-wheel drive system, acceleration from 0-100km/h takes just 3.4 seconds (in sedan form). In other words, it’s no wonder it broke some sort of record.

In usual Sport Auto form, a no-fuss video demonstration of the E 63’s performance around the ‘Ring has been put together. As a bit of a joke the team shoots the wagon with a collection of cargo items, suggesting the time was achieved while hauling the typical crap we leave in our cars on a daily basis.

Check out the full lap below, including the full telemetry showing the speed and live timer.