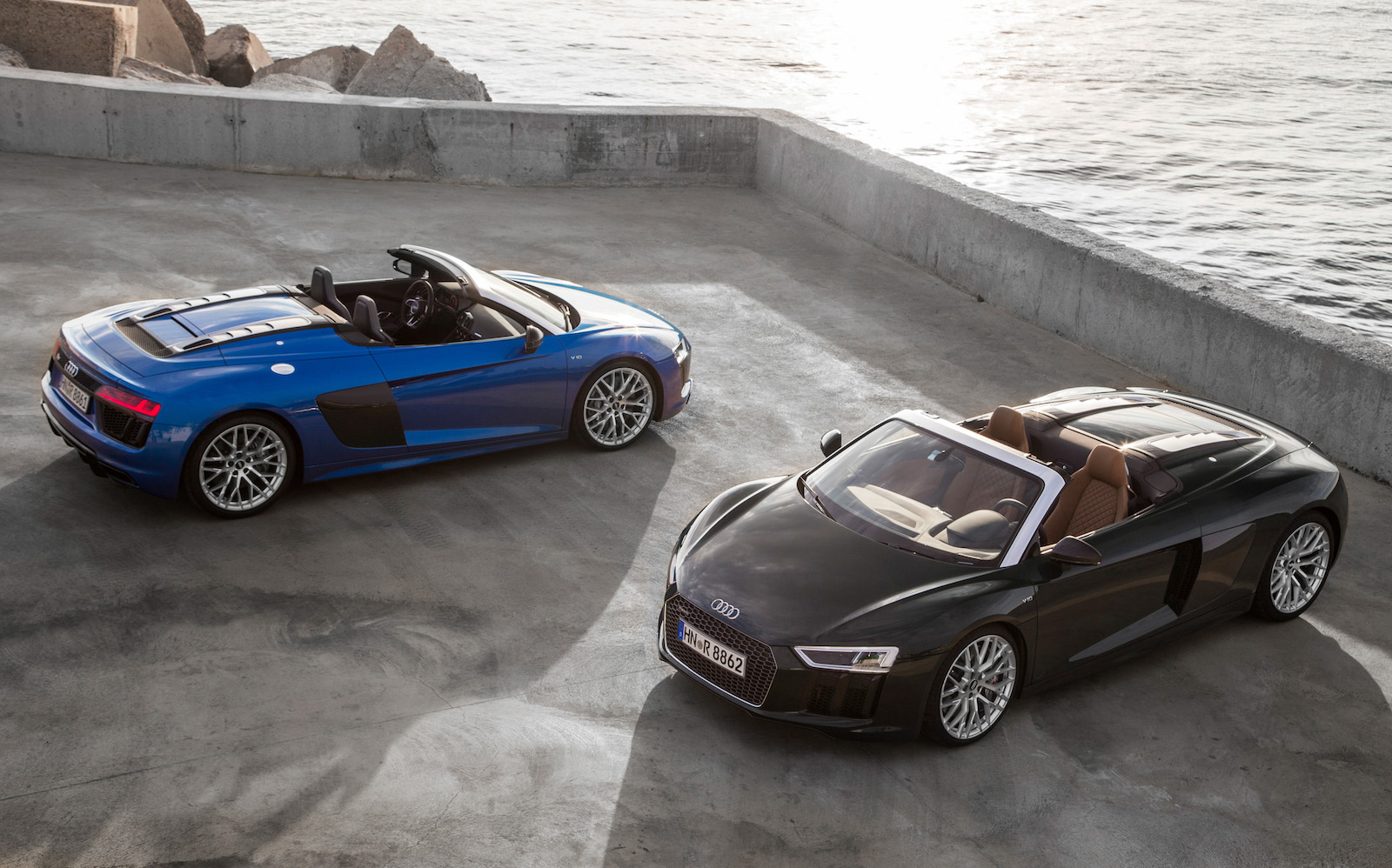 Audi Australia is introducing the 2017 R8 Spyder V10, expanding the supercar’s range to three models, joining the coupe and the R8 Plus. 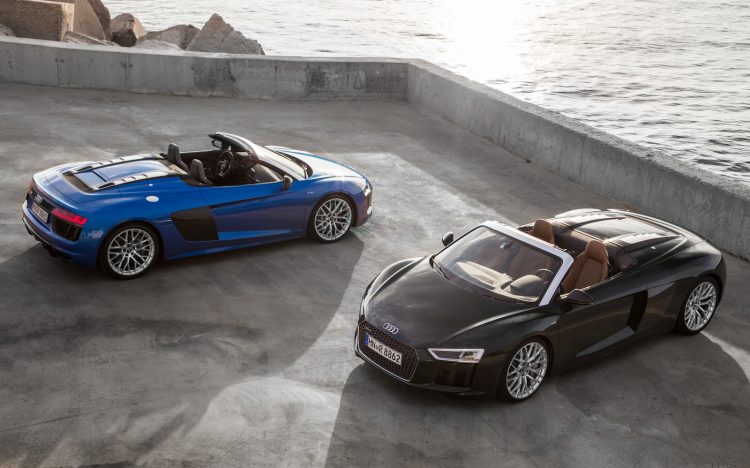 Like in the coupe, the new Spyder gets the latest 5.2-litre naturally aspirated V10 to the tune of 397kW and 540Nm. This is essentially the same engine found in the Lamborghini Huracan, only in the Italian thoroughbred it kicks out 449kW.

Even still, the similarly-beautiful R8 Spyder is able to dust off 0-100km/h in a dashing 3.6 seconds, with a top speed marked at a dizzying 318km/h. Needless to say, this is faster, lighter, and more dynamic than the predecessor, meaning it should be even more exciting to drive.

Excitement levels are sure to increase with the roof down too, which works on an electro-hydraulic mechanism that can open and close in 20 seconds, and at speeds up to 50km/h. For added comfort, the rear window can be sunk into the rear frame or extended to reduce in-cabin wind.

As for the rest of the cabin, it showcases Audi’s 12.3-inch fully digital virtual cockpit with 3D graphics, along with MMI navigation plus and MMI touch as standard. There’s also voice command with microphones in the seatbelts, along with smartphone pairing.

Passengers can listen to tunes via the high-end Bang & Olufsen sound system, with loud speakers integrated into the seats so music is still clean and crisp even with the roof down.

The new model is on sale in Australia now. Prices for the range start from the following (excluding on-road costs):