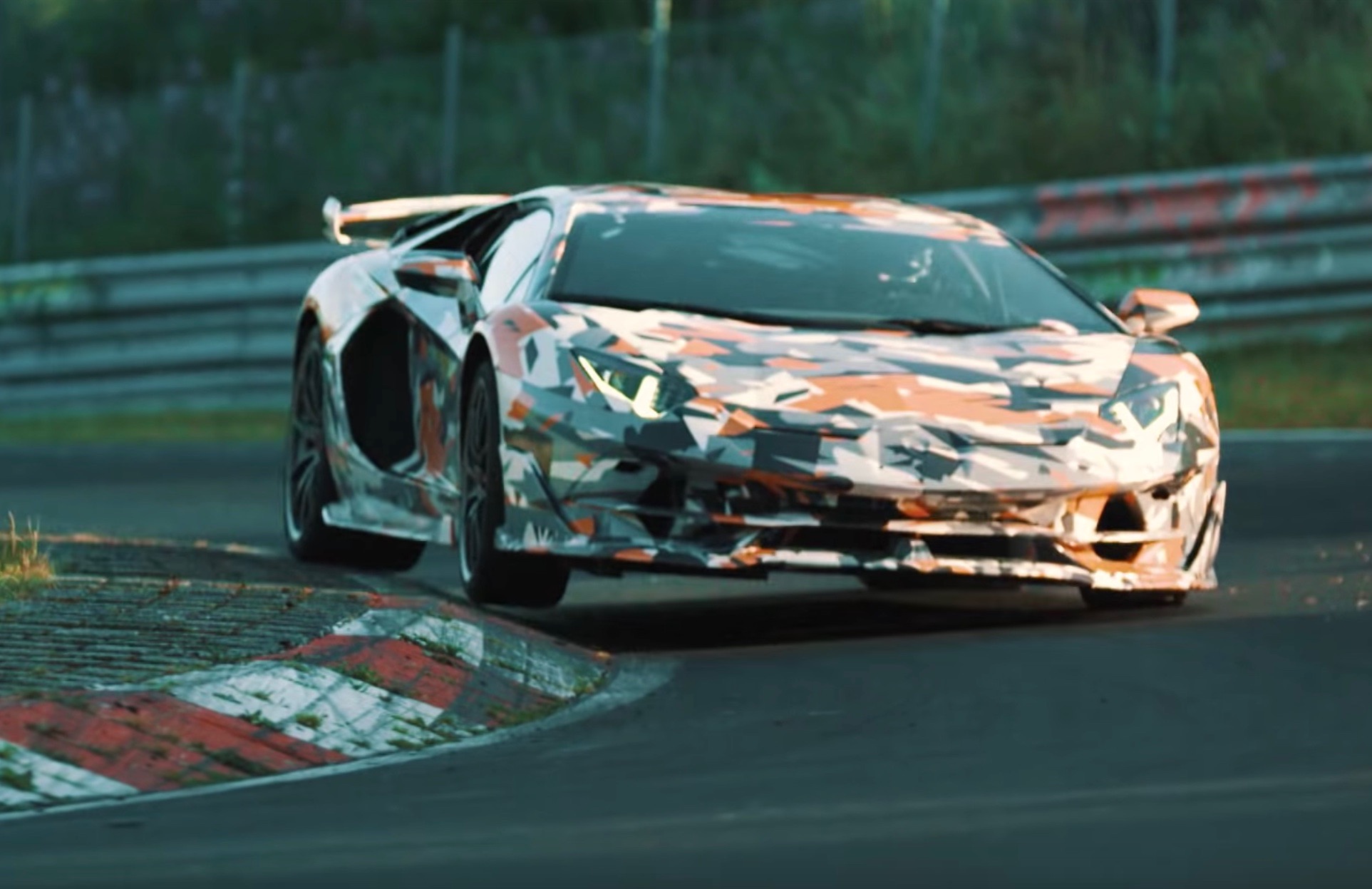 Lamborghini has released a couple more teaser videos onto its YouTube channel, previewing the Lamborghini Aventador SVJ. It looks like the Italian company could be looking to set a new Nurburgring production car lap record. 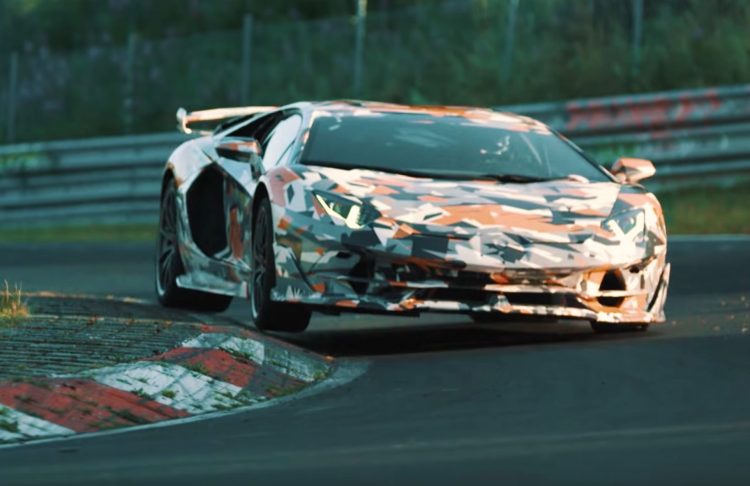 With the best power-to-weight ratio and “best” handling, the new model could very well conquer the famous German circuit. Rumours have been circulating like wildfire in recent months, as prototypes are frequently spotted taking on the track carrying some serious speed. Usually when a carmaker tests its vehicles it isn’t necessarily going as fast as it can.

In the power-to-weight video we get a good look at some of the finer details, such as the unique high-mounted twin exhausts, as well as confirmation of Pirelli P Zero Trofeo R tyres. These tyres are essentially road-legal track tyres, and are usually only seen in the after-market world.

In the ‘best handling’ video Lamborghini shows off the Aventador SVJ’s cornering capability, bouncing off the kerbs. A quick glimpse of the interior reveals a study roll cage setup. When carmakers fit roll cages to their prototypes it normally means they are testing at maximum speed, in this case perhaps hinting at a lap record attempt. Also, is that a lap timer up on the ceiling? 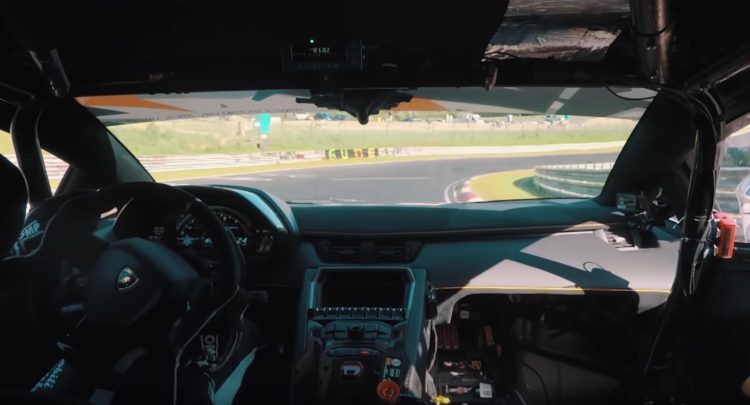 Specifications are still under wraps, however, most of the speculation suggests the SVJ will come with an enhanced version of the 6.5-litre naturally aspirated V12 engine. Power is set to be lifted from 544kW in the new Aventador S, to around 589kW (800PS) in this SVJ. Some weight reduction might also be applied, given the hints about power-to-weight ratio.

In order to set a new lap record Lamborghini will have to push the SVJ around the circuit in under 6:47.25. This is the time Porsche laid down last year with its new 911 GT2 RS. Lamborghini isn’t new to setting records at the venue. Before the GT2 came along the Italian brand held the record with the Huracan Performante (6:52).

Check out the videos below for more. A full debut is likely to take place in the next few months, potentially at the Paris motor show in October.