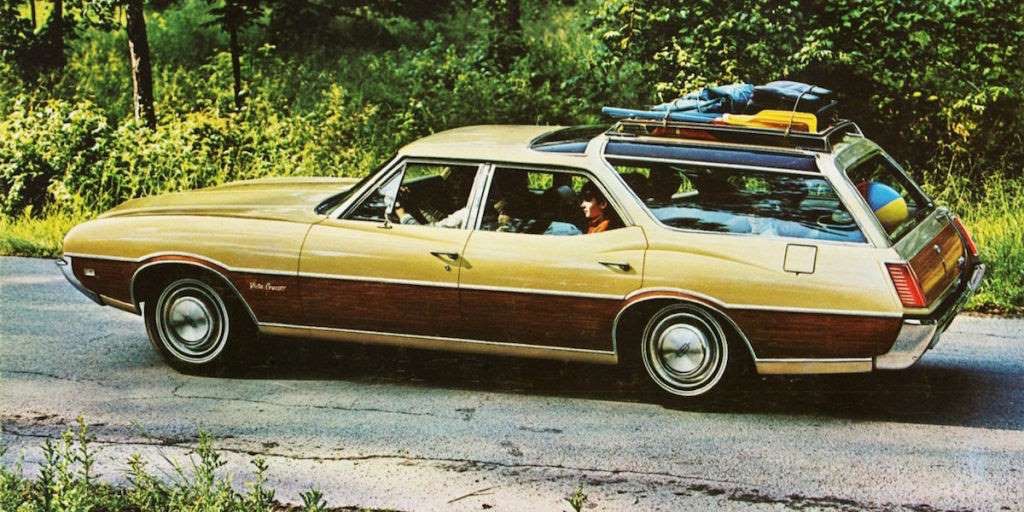 There’s many classic American muscle cars which are well known and highly collectable, commanding big dollars in any condition. These are the high-performance versions of cars such as the Ford Mustang, Chevrolet Camaro, Pontiac Firebird, Plymouth ‘Cuda, Dodge Challenger, Pontiac GTO, Dodge Charger and more.

These cars were purpose-designed two-door sport models, however, there were other, lesser-known muscle cars, many of which were spawned from full passenger lines which included four-door sedans and station wagons, or cheaper variants of the well-known muscle cars which could be optioned up to become lightweight performance cars. 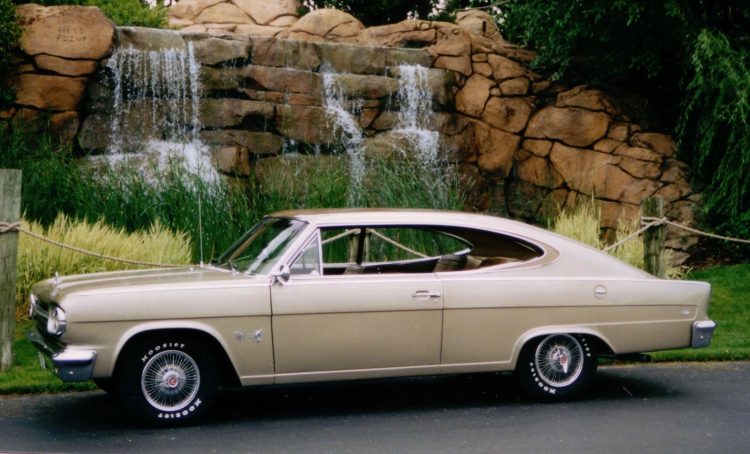 The Rambler Marlin was originally derived from the 1965 Rambler Classic line, with a similar quad-headlight front end but with a notable fastback roofline resolving into a finned tail with wide tail lights. Rambler became AMC in 1966 and in 1967 the Marlin was built on the AMC Ambassador platform with vertically-stacked headlights and a wider, blacked out grille. The Marlin sold in low numbers due to a growing preference for compact-sized muscle cars. 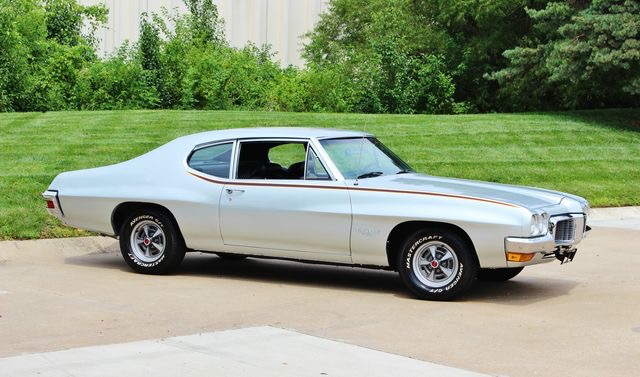 The Pontiac GT-37 is a classic example of ‘they couldn’t help themselves’. The Pontiac Tempest was a full line of intermediate body styles for 1970 which included the iconic GTO muscle car. The T-37 six-cylinder model was introduced to tap into an emerging economy wave, but it wasn’t long before someone had the idea to add GTO parts to the lightweight coupe and create the GT-37. What resulted was Pontiac’s fastest car for the 1970 model year when equipped with the 400ci (6.6 litres) Ram Air III V8 engine. 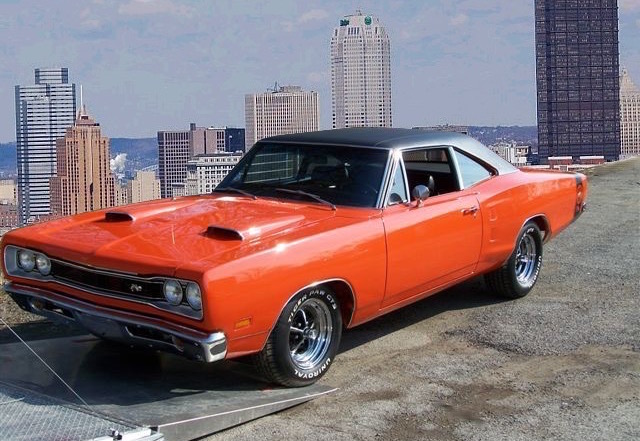 The 1968 Dodge Charger R/T has become very desirable since its release, however there is an alternative. The Dodge Coronet R/T was basically the Charger in a different set of clothes. The Coronet in fact rated higher in contemporary magazine tests which pitted the Coronet against the equivalent Charger as well as similar models from sister company Plymouth and other manufacturers. Even more affordable was the Super Bee variant which was intended to be an economy entry model into the big B-body Chrysler coupes, able to be optioned with a big V8. 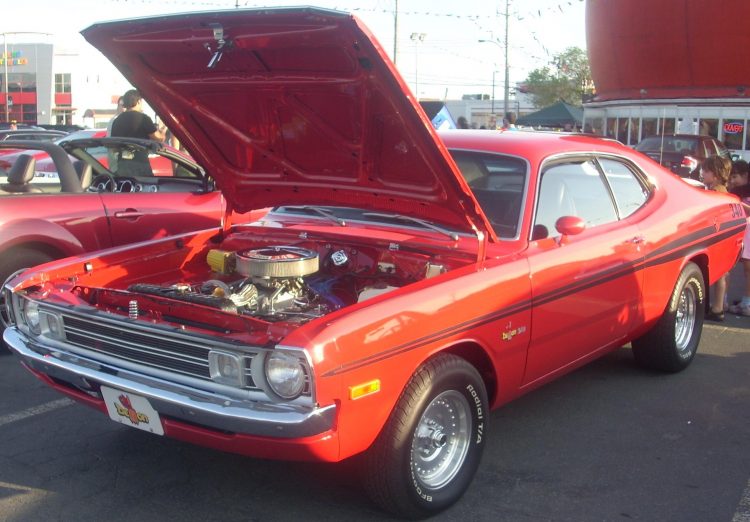 The 1971 Dodge Demon was a rebadged compact Plymouth Duster with a Dodge Dart front end. The Duster had been a big success and so Dodge wanted to adopt the fastback coupe from its sister company. The Demon could hold a 340 V8 and went on to undergo a name change in 1973 due to complaints from religious groups over its model name, becoming the plain old Dart Sport. By then, however, the muscle car performance scene was falling off. 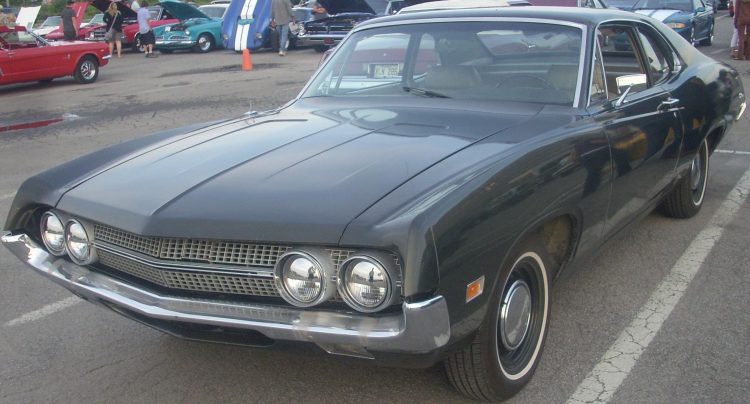 When 1970 came along, the American Ford Falcon and Fairlane lines were to be axed. The Torino model had risen from being a sub-model of the Fairlane to now be the top spec in that body size, with the Fairlane now positioned under it. As a result of this, the Fairlane was a cheap basic version of the Torino, and partway through the 1970 model year the Falcon name was revived as an even more basic version of the Fairlane (pictured above). Buyers were quick to realise the engine options sheet was fully open, allowing them to create lightweight sleeper-style muscle cars with big V8 engines such as the 429 Cobra Jet Ram Air. 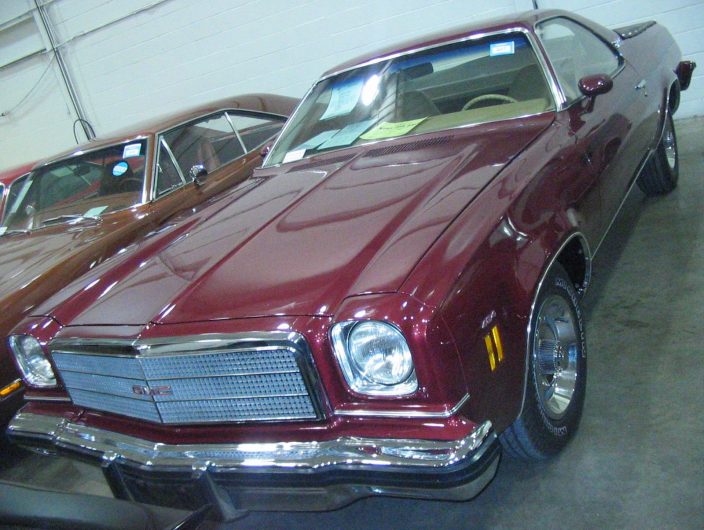 The Chevrolet El Camino was GM’s direct answer to the Ford Ranchero car-based pickup. While the El Camino was the mainstream product, the GMC division marketed a rebadged version known as the Sprint SP in 1971 and 1972. The El Camino SS was spun off from the iconic Chevelle/Malibu SS muscle car and the Sprint SP was essentially a utility version of the SS. With the big 454 V8, the Sprint SP had a serious rear end power-to-weight ratio. 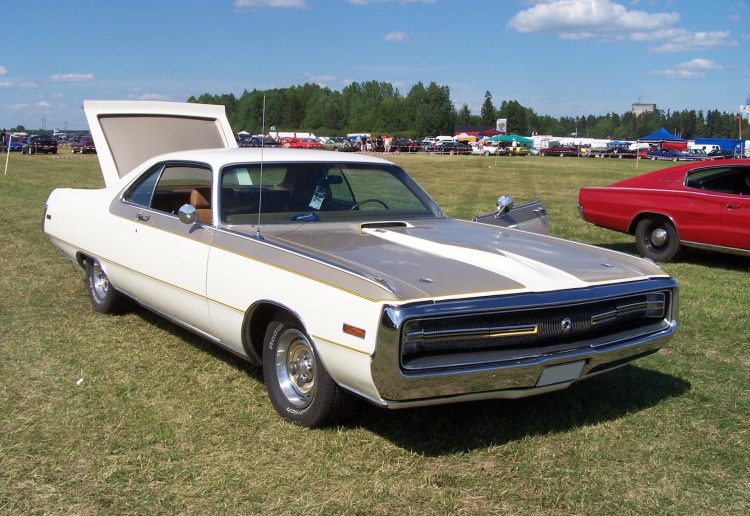 Developed in conjunction with performance parts maker Hurst, the 1970 Chrysler 300 Hurst was a luxury sports machine based on the 300 series. It featured an integrated fibreglass moulded rear wing boot lid, white and tan paint treatment and an air scoop on its fibreglass hood. They were all fitted with the 440 ci (7.2-litre) V8 mated to an automatic transmission and kitted out with luxurious Imperial-style interior trim. 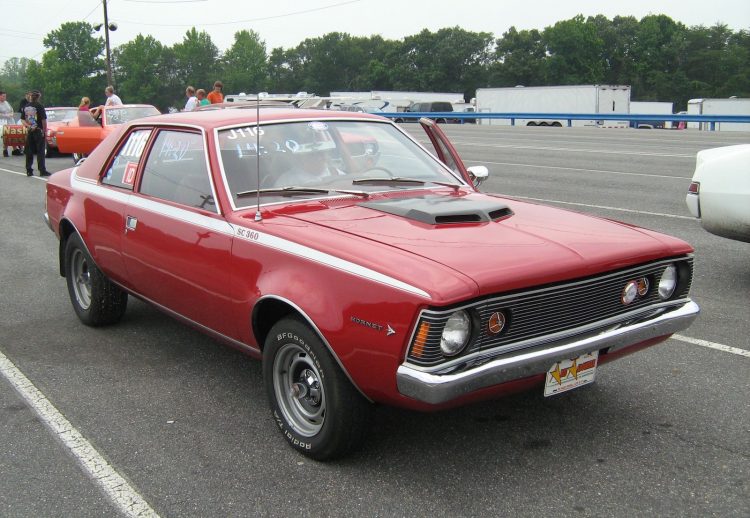 The AMC Hornet was a sensible low-cost compact model available as a two- and four-door sedan, hatchback and station wagon. Built for 1971 only, the two-door SC/360 version featured a 360ci (5.9-litre) V8, styled wheels, a hood scoop, body stripes and sports suspension. To make it go harder, the Go Package gave the engine an additional 40 horses and buyers could option a four-speed manual gearbox and limited-slip differential. 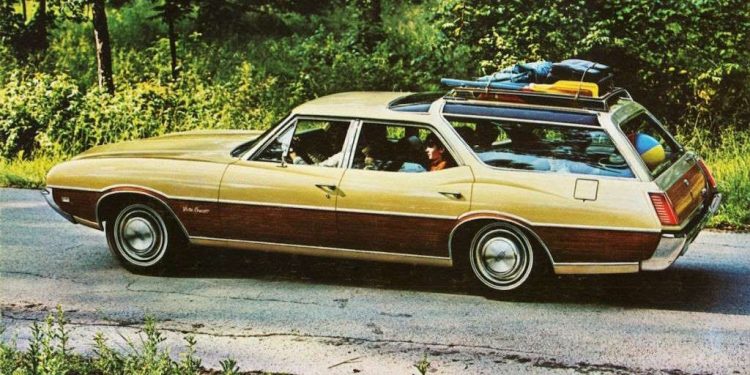 The Oldsmobile 4-4-2 is well known as one of the classic high-powered muscle cars of the era, with the W30 455ci (7.5 litre) V8 option in 1970 giving it impressive performance. The 4-4-2 was derived from the Cutlass range which included sedans and station wagons. The upmarket Vista Cruiser was a station wagon with a tinted rear ‘skyroof’ window and in 1970 Buick built two special-order Vista Cruisers with the W30 engine option. 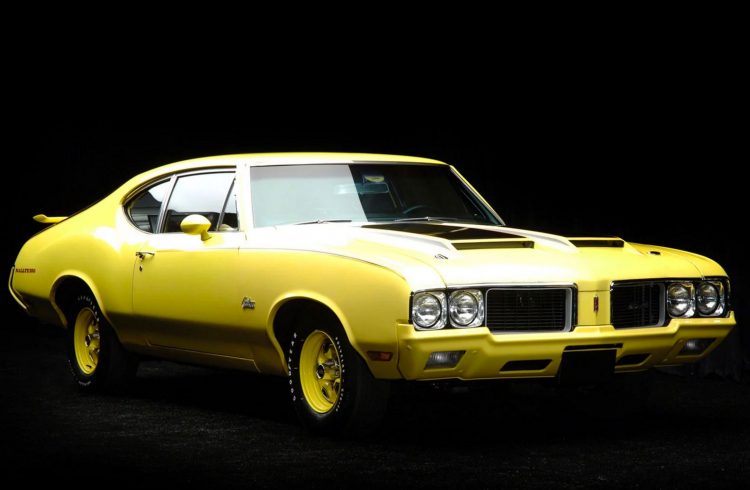 The Oldsmobile Rallye 350 was a 1970 special limited edition sports package available for the entry model F-85 and nicer Cutlass S. The body, bumpers and wheels were coordinated in a striking shade of yellow, a prominent wing adorned the rear deck and it rode on performance suspension. Under the hood with Forced Air scoops was a light street-oriented 350ci (5.7-litre) V8 engine which could be uprated with the W31 option, giving it decent go for the time.