Famous BMW tuner G-Power is commemorating its 100th Hurricane build, and to celebrate it has come up with a special edition Hurricane RRs which gets a 22kW power boost. 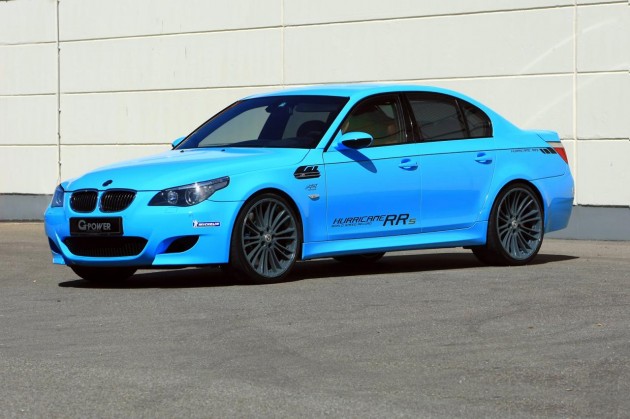 It might not sound like much of a boost, but in its original form, the G-Power Hurricane RR M5 produces 588kW. The 5.0-litre V10 uses forged pistons, two superchargers, and intricate intercooler and intake setup, and a full high-flow exhaust system.

For the 100th edition, the ECU is replaced by a Alpha-N engine computer without the use of airflow sensors. With some tweaks, the power rating now sits at a massive 610kW available between 7500rpm and a screaming 8000rpm, as well as 780Nm of torque which peaks at 6500rpm. 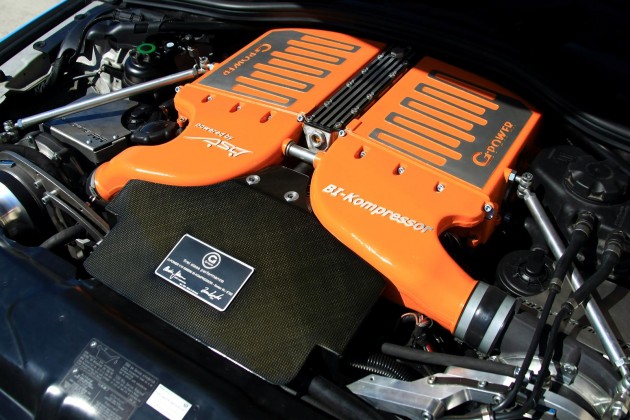 How does this all translate? Acceleration from 0-100km/h has been timed in 4.3 seconds, while 0-200km/h takes just 9.1 seconds. As for top speed, the Hurricane RRs 100th edition reaches a maximum of 372km/h. This makes it one of the fastest street sedans in the world.

Other highlights for the insane power beast include a unique aqua exterior, high-performance G-Power brakes, G-Power GM5-RS coilover suspension, and a set of G-Power 19-inch alloy wheels wrapped in Michelin Pilot tyres measuring 255/35 at the front and 305/30 at the rear.