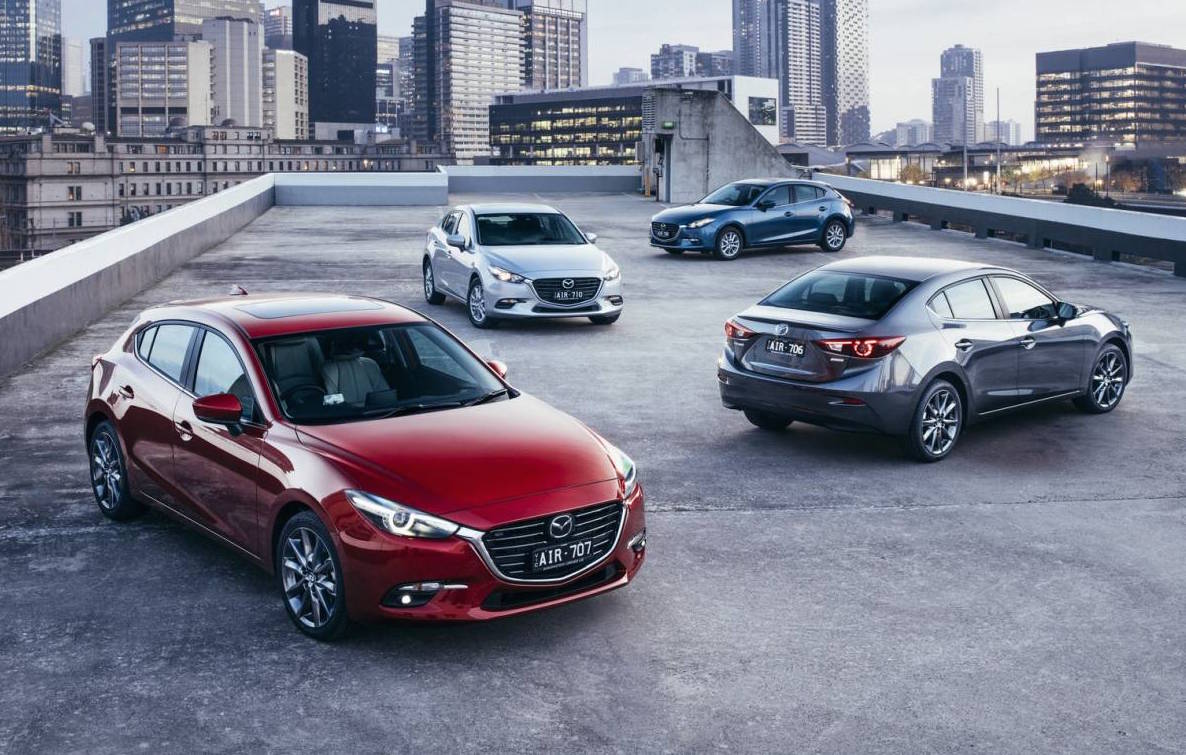 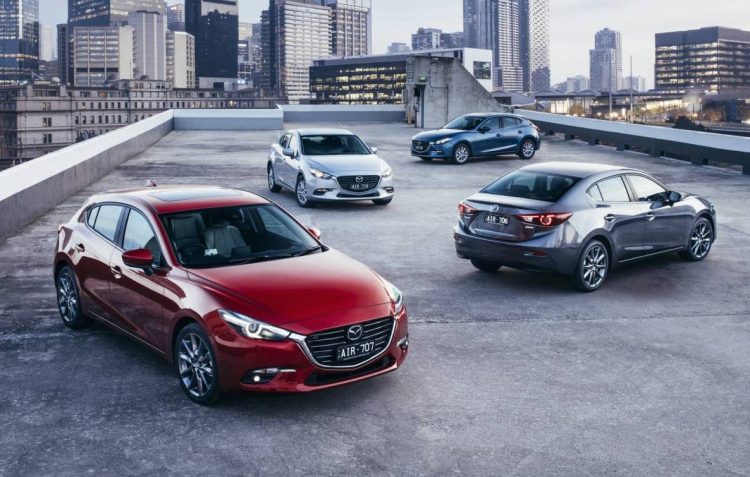 Aside from the slightly tweaked styling with new headlights and grille, and a revised rear end and bumper bar, the updated Mazda3 will debut a range of advanced technologies.

One such technology is G-Vectoring Control. This was revealed earlier in the year, and basically it’s all about driving comfort and synergy between the engine, transmission, chassis, and body. Mazda explains:

“GVC is a control technology that varies engine torque in response to steering inputs in order to provide integrated control of lateral and longitudinal acceleration forces. It optimizes the vertical load on each wheel to make the motion of the vehicle smoother, more natural and in tune with bodily sensations.”

For passengers, Mazda has applied a very mild update, with a new steering wheel, an electric parking brake for some variants, an improved head-up display, and new silver trimmings.

In Japan, the new model will come with a 1.5-litre petrol four-cylinder, a 2.2-litre diesel, and a new 1.5-litre diesel. These engines aren’t likely to make it to Australia, with the current diesel recently being dropped.

Speaking of Australia, the local arm says the updated model will go on sale on August 1, with official specs and prices to be confirmed on June 28. Stay tuned for more.