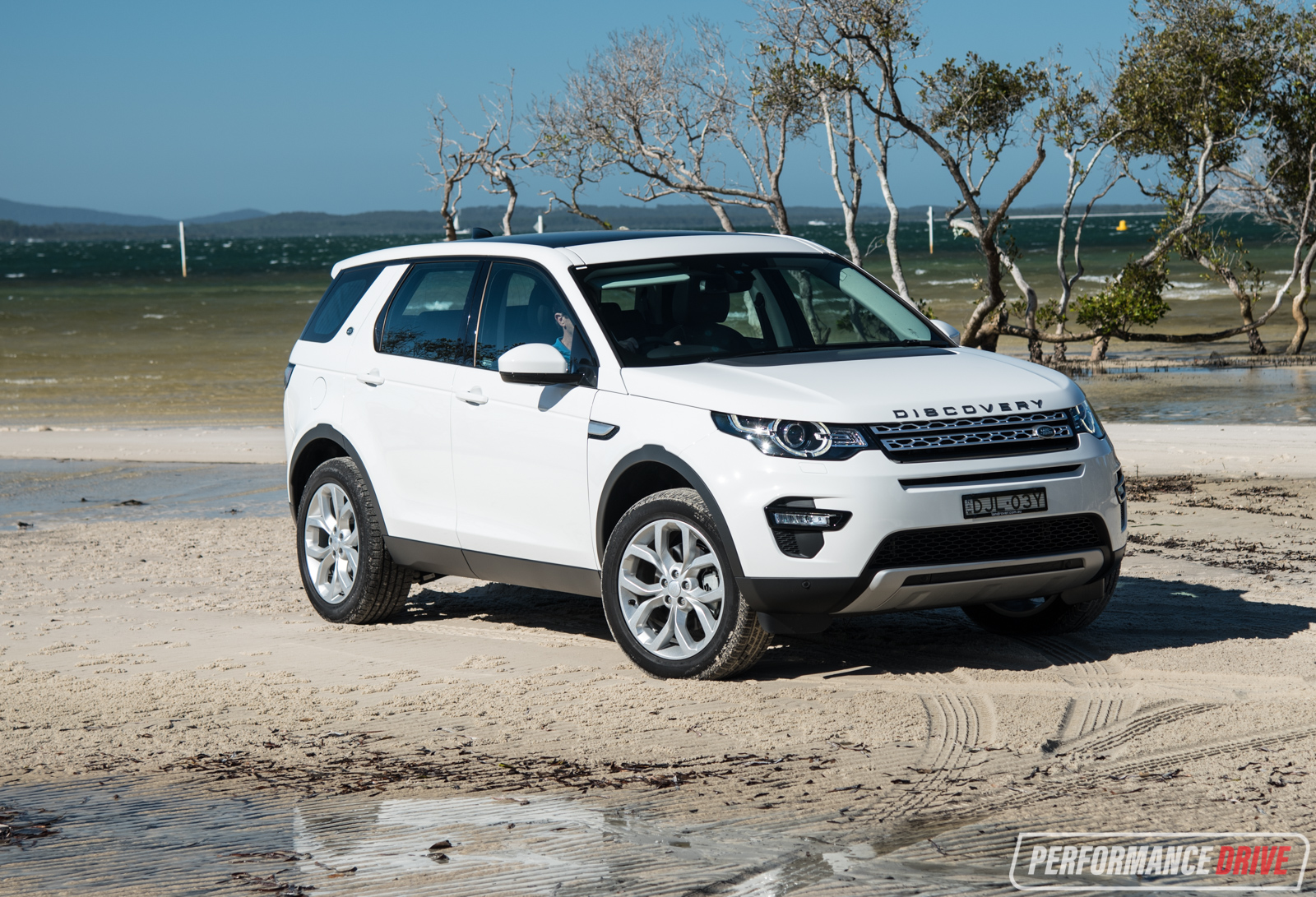 Land Rover has kicked off 2017 with a bang with its latest rendition of the Discovery Sport. It brings with it the newly developed all-aluminium ‘Ingenium’ engine, state-of-the-art convenience technologies, and a revised model lineup. 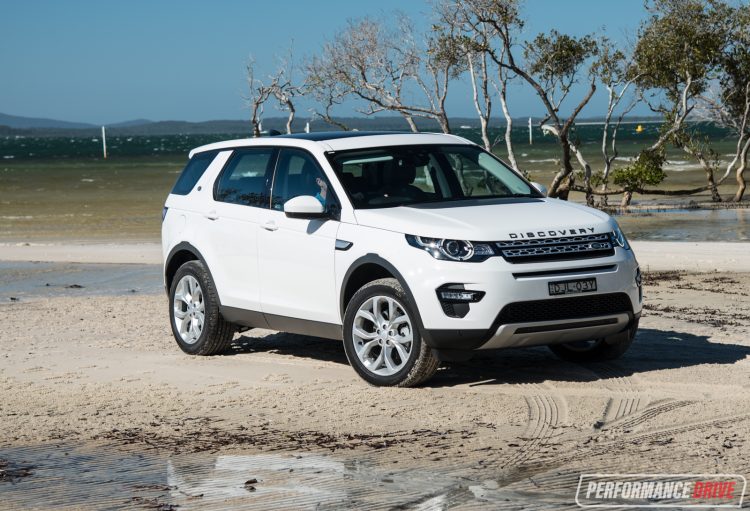 With the 2017 model update, it might be a little confusing. Land Rover has changed the diesel variant names from TD4 and SD4, to TD4 150 and TD4 180. Note, the numbers refer to horsepower not kilowatts. Both variants use the same 2.0-litre turbo diesel four-cylinder engine, only tuned to produce different power outputs (110kW and 132kW). Within these models, you can choose the SE trim level, or the feature-packed HSE. The TD4 180 HSE also has a ‘Luxury’ option. On top of all these, you still have the Si4 petrol option, which comes in one spec level. 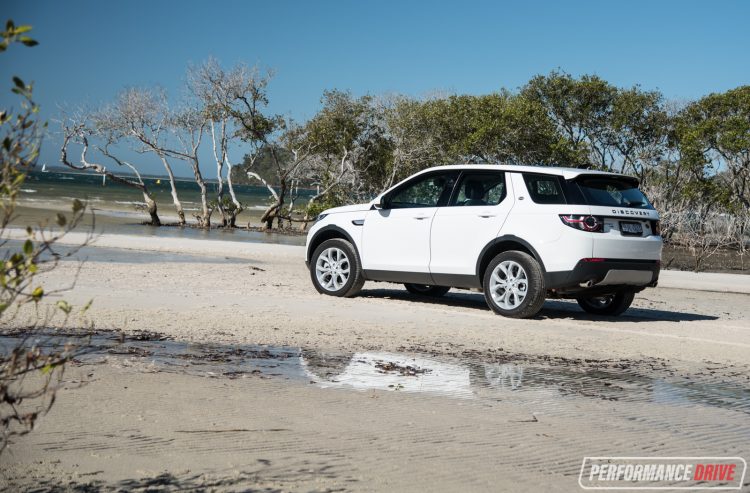 Land Rover has never been about producing cheap, entry-level vehicles. These days, you’re still getting an SUV that is built in the United Kingdom – if that means something to you – and that prestige Euro image of a brand that has made SUVs, exclusively, for nearly 70 years. The latest Discovery Sport now has more features, and therefore, adds extra bang for your buck.

The exterior and the interior of the 2017 Discovery Sport is all about chic. One of the more differing design alternatives on the market, you really know you’re in a premium SUV that puts style at the forefront. Although Land Rover has one of the longest legacies in 4WD manufacturing, it has now moved to a ‘metro-sexual’ look. 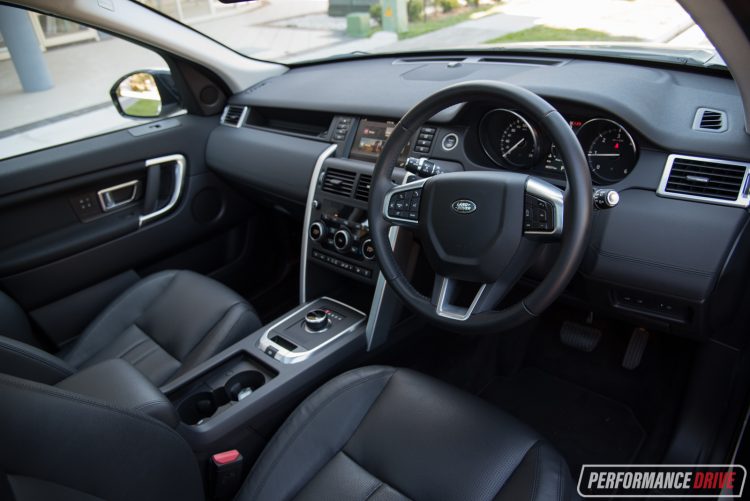 The seats can be adjusted to suit all builds, although the bottom section of the front seats are a tad firm for lighter people. We love the high-riding position and visibility. Room is aplenty, whether you’re in the first or second row. If you have a large family, an optional third row rises and collapses with ease to accommodate kids. Or, if you need to carry items for camping trips, it will do that perfectly too. At 1698 litres with the second row folded down or 981 litres in place, practicality is where this SUV excels.

Most of the multimedia is controlled by the 8.0-inch super-wide touch-screen. But there are still plenty of dedicated buttons for other controls, which can help to keep the driver’s attention on the road. It should be noted that we had intermittent issues with connecting our phones via Bluetooth, and the touch-screen had painful delays at times. And speaking of quality control issues, the Land Rover Discovery Sport has had three factory recalls in the month of January 2017 – one relating to engine harness wiring that could become exposed, and the others involving lower control arms.

During our test, there was also an annoying flaw where the parking sensors would only activate once a different gear was selected. For example, the front sensors wouldn’t seem to sound until reverse was selected, and then you shifted back into drive. If you approached a car park nose first, don’t expect the front sensors to always be assisting you. Maybe this can be changed deep in the settings, but we couldn’t solve it. 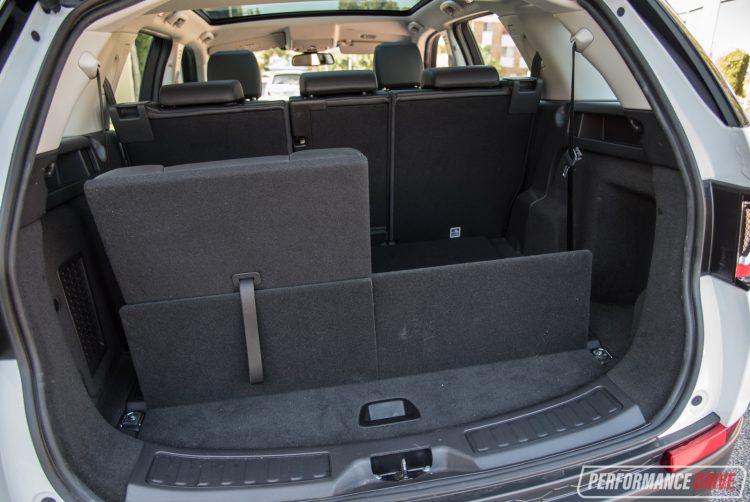 As mentioned earlier, the same new 2.0-litre turbo-diesel ‘Ingenium’ engine is used throughout the diesel range. Only, the TD4 180 is tuned to produce 132kW and an impressive (for a 2.0L) 430Nm, which is a boost up from 110kW and 380Nm in the TD4 150 models. Off the line, this translates to a commendable amount of punch. The claimed 0-100km test isn’t the greatest among the competition, at 8.9 seconds, but going up steep hills, even with its 1785kg weight, it pulls along surprisingly well. All of that peak torque is available from just 1750rpm too, making it a very versatile unit.

Land Rover and Jaguar have gone to great measures to make this engine one of the most efficient on the market today. For example, the water pumps are now computer controlled and adjust coolant flow depending on environmental variables. Roller bearings have replaced machined bearing surfaces on the camshafts and balancer shafts, and the engine management computer saves energy by varying oil dispersion according to need.

As the efficiency theme keeps flowing, the all-aluminium engine is paired with a nine-speed automatic transmission. The sheer number of ratios ensures that there is always a gear to match the right engine spin to maximise progression or efficiency, depending on what you’re demanding. It all functions very quietly and smoothly. The nine-speed does tend to hold onto higher gears in order to save fuel. At times, this can cause a rough groan from underneath as it forces the engine to grumble along at near idle revs. It takes a good prod of the accelerator before it shifts down automatically. Most would say that this is all part of the plan, and just a normal trait. However, we have a feeling this transmission is probably best suited to a larger capacity engine with a bit more rotating mass. 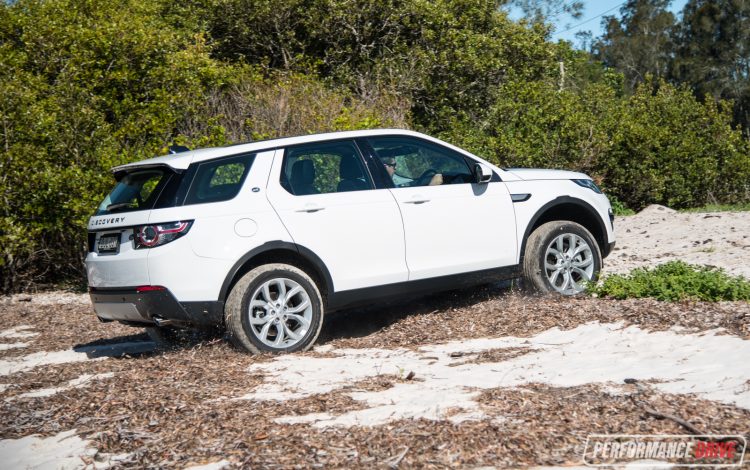 All these efficiencies start to make sense when you see how little fuel it uses. Official tests show an average fuel consumption of 5.3L/100km. And even with our harsher testing conditions, the figure did not spiral much higher – 6.2L/100km was as bad as it got for us. That is a really impressive result for a four-wheel drive SUV big enough to accommodate three rows of seats. Fuel range is slightly lower than other diesel SUVs as the fuel tank is only 54 litres. You will be pushing to achieve 700km between refuels.

There are a few off-road driving modes to choose from to increase adventure capability, including sand, snow, and hill descent mode. With this, the Discovery Sport is capable of having some fun off the bitumen – as the name suggests. If your usage is going to be primarily on tarmac and you need an SUV for the occasional rough escape, this will tick that box perfectly. But if your needs require serious 4×4 abilities, the Discovery Sport is not really designed for that purpose. A 212mm ground clearance puts it roughly on par with the Mazda CX-5’s 210mm, better than Lexus RX’s 189mm, and short of Ford Everest’s 225mm.

The steering has a solid and stable feel when travelling at higher speeds on the freeway, and is easy to manoeuvre in slow and tight situations. And for an SUV, body roll is minimal. The taut suspension means it handles around corners almost as well as sporty cars that are closer to the ground.

Servicing intervals are an important factor to weigh up overall costs, especially in luxury brand names. The new Discovery Sport blows the competition out of the water, with service intervals required at an enormous 34,000km, or two years (whichever comes first). This length could save you time and money in the long run, provided Land Rover doesn’t charge too much more for those less frequent services. On the other hand, lengthy service intervals might not be very reassuring, considering the recent recalls. 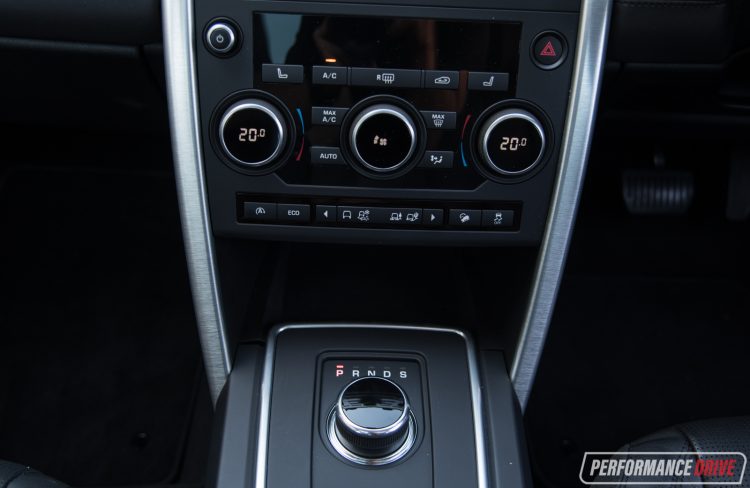 Land Rover’s 2017 Discovery Sport undeniably has the sexy looks and feel of a luxury SUV. We love how different the exterior styling is to other SUVs in a very chic way – this is probably where most of the buyer attraction will stem from. But with this, it is still an SUV that is fun, practical, spacious, and adventurous, with off-road capability that uses Land Rover’s lengthy history and experience in this area.

And then there is the new market-leading diesel engine, which provides efficiencies that you will actually notice; in the way of frugal fuel consumption and impressive power outputs for a 2.0-litre engine.

If Land Rover fixed its quality control issues, and made some minor software improvements to the multimedia system, we would buy one. There are loads of options for additional features and technologies too, or you can go for the more rugged and bare-boned spec if you’re after adventure.