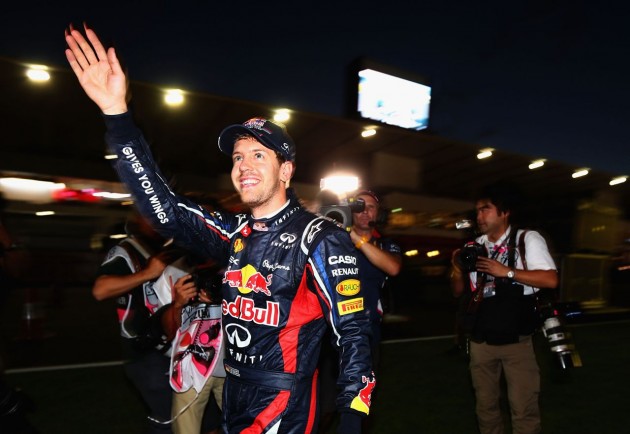 Making victory even sweeter for the German world champion was points leader Fernando Alonso crashing out of the race on the first lap. It was a much better day for Alonso’s Ferrari teammate Felipe Massa however, he finished second, around 20 seconds behind Vettel.

Mark Webber had to fight his way from the back of the pack after being spun on lap one. The Red Bull driver managed to claw his way back up to ninth. Fellow Aussie Daniel Ricciardo also finished in the points, as did hometown hero Kamui Kobayashi who was able to hold off the fast-finishing McLaren of Jenson Button for the final podium spot. Button’s teammate Lewis Hamilton came home fifth.