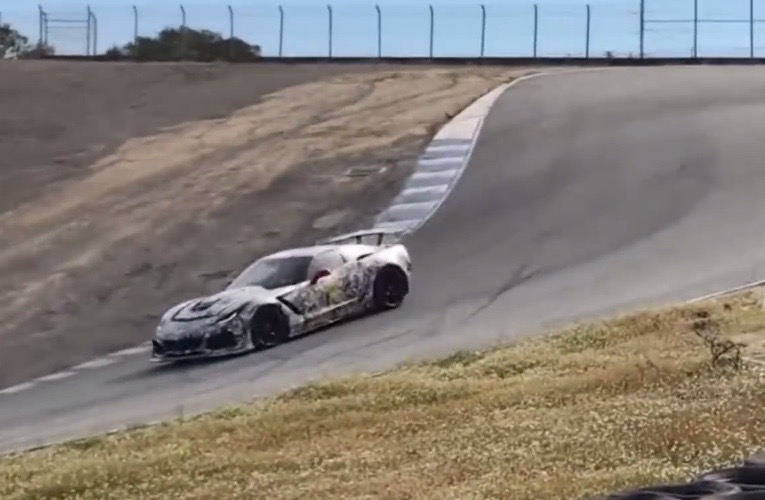 A video has surfaced showing what is believed to be some 2018 Chevrolet C7 Corvette ZR1 prototypes at Laguna Seca, which is expected to be the current generation’s front-engined swansong. 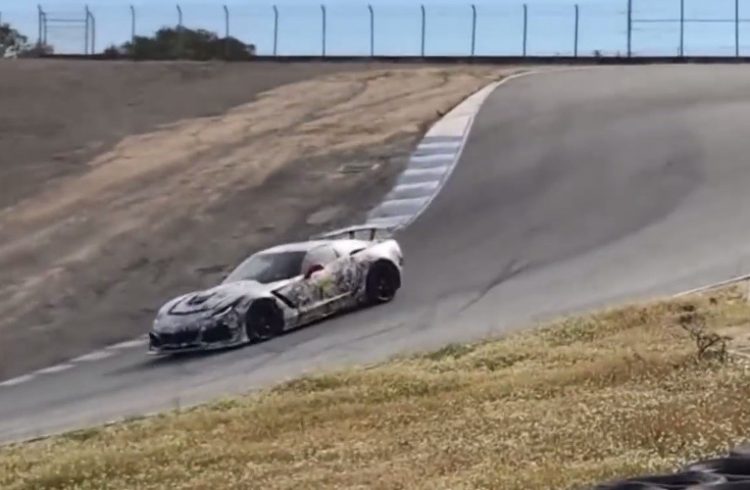 In addition to a Camaro ZL1, the prototype Corvette is heavily disguised, brandishing a massive rear wing and far more aggressive and functional bodykit, suggesting something serious is lurking underneath that hood.

Ben Hsu supplied videos via Facebook and Corvetteblogger, with a YouTube clip showing the recordings of the prototype negotiating Laguna Seca’s famous ‘corkscrew’ and making a more demonic noise than any current variants. There does seem to be hints of supercharger whine but also maybe a wastegate noise, so it’s hard to say with any certainty what will power it.

The next-generation Corvette is set to migrate to a mid-engined layout, also adopting an ‘LT5’ DOHC engine for the first time since the 1990 C4 ZR-1 engineered by Lotus and utilising the same engine code. Pundits are saying the NA aspiration means it’s more suited as a base model, but as we reported earlier this month, a 750hp (560kW) Camaro Z/28 could be in the works with no forced induction, so it is possible. Also the idea of a ZR1 with an LT5 twin-cam like the 1990 one has nostalgic value.

Z06 versions use a supercharged 6.2-litre pushrod engine and many are speculating the new ZR1 could receive a version of that with a bigger blower. The real thing should surface some time this year.