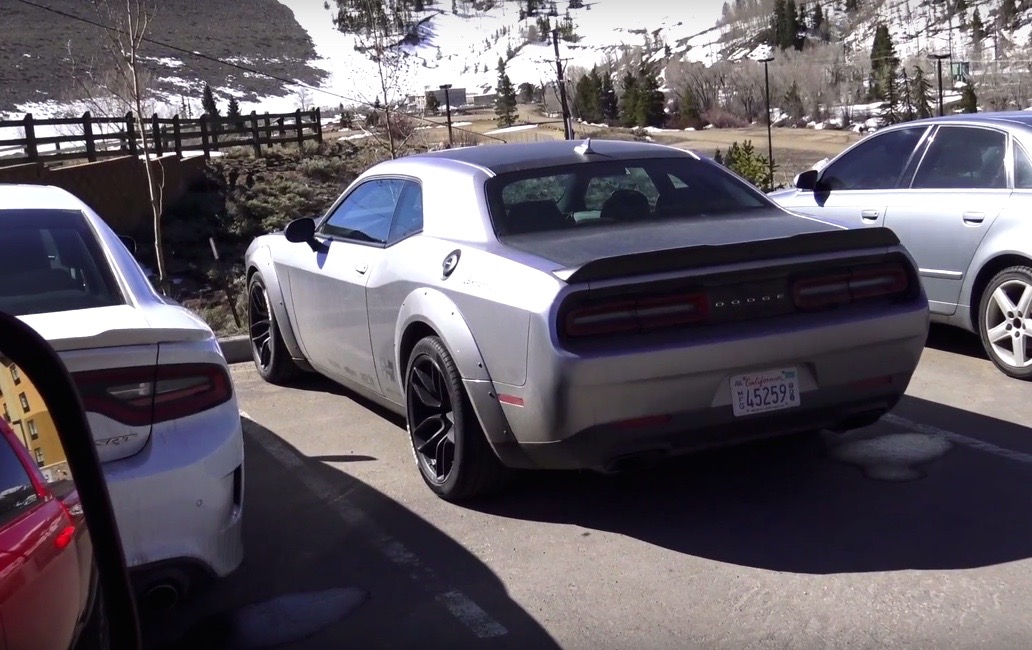 An undisguised example of what is believed to be the Dodge Challenger SRT Demon has been spotted in Colorado, set to be conducting some high elevation testing before its debut next month. 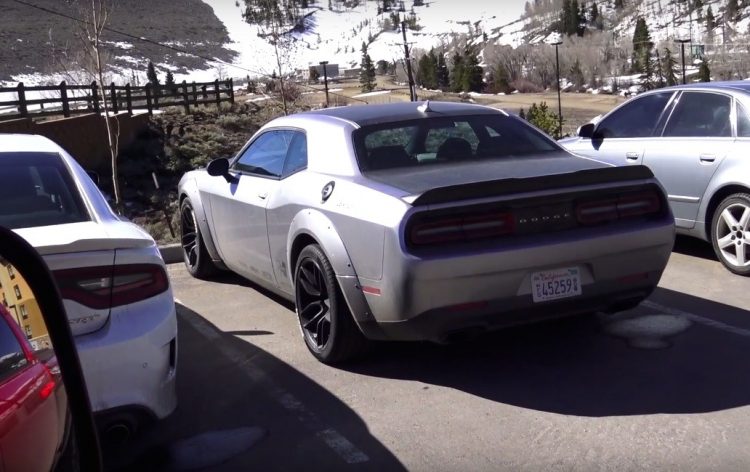 The SRT Demon has been subject to an exhaustive teaser campaign which is still going, mind you. But from what we can gather from all of the teasers collectively is that it will be a more hardcore version of the existing SRT Hellcat, designed primarily for the drag strip.

Dodge has confirmed it will come with drag-ready Nitto tyres and feature things like line-locking and a TransBrake, as well showcasing a torque reserve system to help the supercharger build boost while stationary.

From this prototype spotting, thanks to The Fast Lane Car, we can see the car will also come with pumped wheel arches in the retro riveted-on fashion. There’s also a lip spoiler on the boot lid and various black highlights such as the roof, wheels and side mirrors.

As far as we can tell from hints given out in the teasers, the Demon will be capable of 10-second quarter miles. This would make it one of the quickest production cars on the market.

Unfortunately, there’s very little chance of the Demon hitting Australia any time soon. There has been plenty of speculation surrounding the SRT Hellcat but no official confirmation has been made.

Dodge will debut the hardcore muscle car in April at the New York auto show. Three more teasers are scheduled to be released in the meantime. Click play below for a closer look.