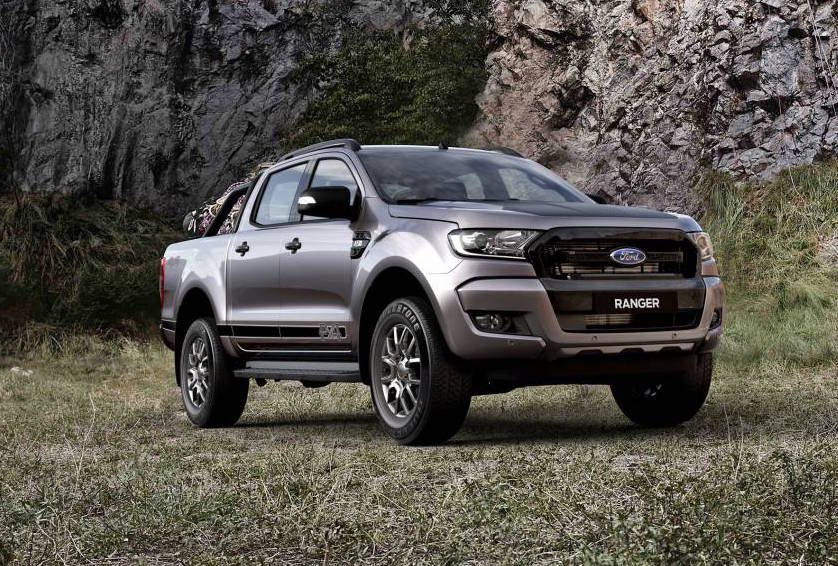 A new special edition Ford Ranger has been announced to spice up the Australian range, called the Ranger FX4. It adds a number of bespoke highlights and fashion-conscious accessories. 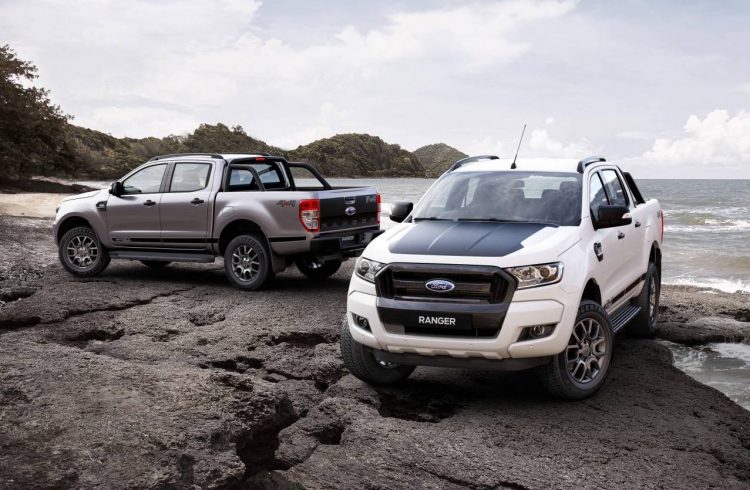 Based on the Ranger PX Mk II XLT variant, the FX4 builds on the rugged-and-ready foundations of the popular dual-cab ute and adds the fashionable dark theme via a number of trimmings.

As such, it comes with 18-inch Stark Grey alloy wheels, black roof rails, a black bonnet and tailgate decals, black sports bar and rear bumper, side steps and door handles, and a front grille in… you guessed it, black.

Ford has applied a number of FX4 badges and logos around the vehicle to help further distinguish it from the regular XLT, while buyers are given the choice of only four paint colours; Frozen white, Ingot silver, Magnetic, and Shadow black.

Inside isn’t left untouched, as Ford Australia has added in leather-accented seats with FX4 branding, front and rear carpet mats, and various other black highlights to help it match the exterior.

As with the regular Ranger XLT, power comes from a 3.2-litre turbo-diesel five-cylinder engine producing 147kW and 470Nm. When optioned with the six-speed auto, the part-time four-wheel drive dual-cab ute offers an official combined cycle fuel consumption rate of 8.7L/100km.

Ford is launching the FX4 on the market this month, with prices starting from the following (excludes on-road costs. Price difference from regular XLT in brackets):