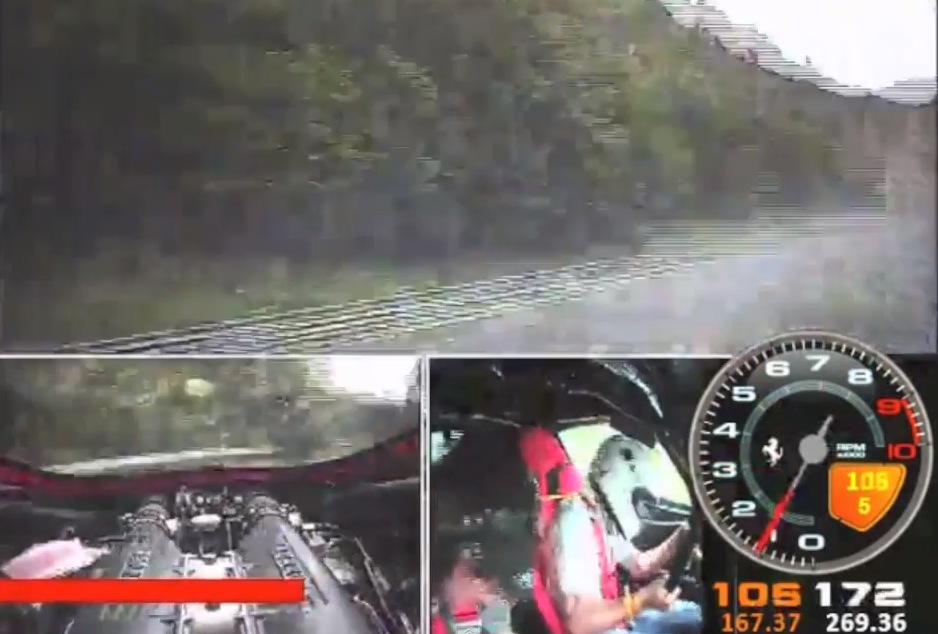 Have you ever experienced one of those moments in life where the situation you’re in is so scary you hope you’re in a dream? As opposed to actual dreams where you wish it was real life. We think the guys in this Ferrari 458 Challenge were experiencing the former during this hairy 220km/h crash at the Nurburgring. It looks like they escaped without major injuries, remarkably. If you want edge-of-your-seat anticipation, try watching it for the first time and not fast-forwarding to the moment of the crash.