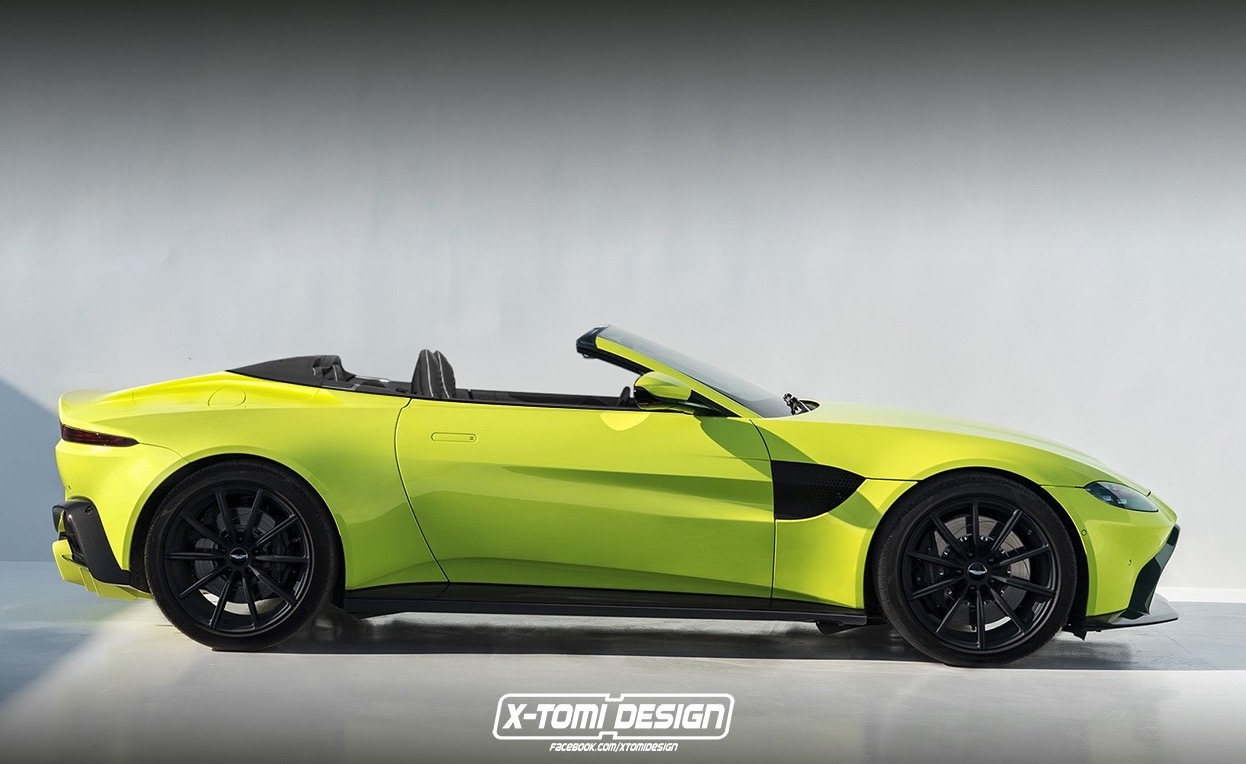 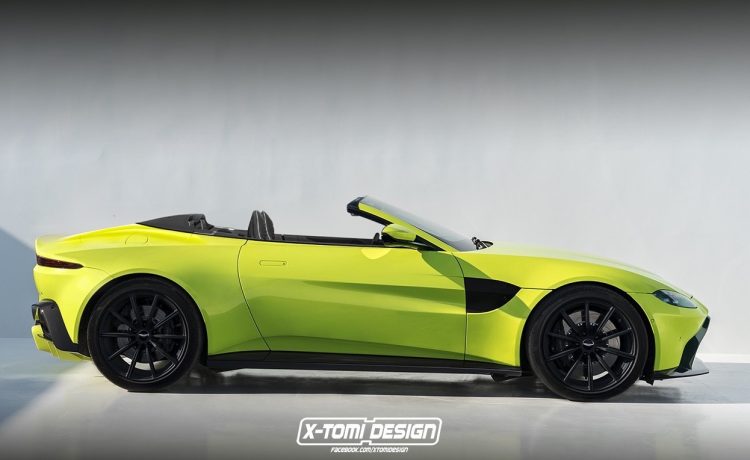 Renowned automotive digital artist X-Tomi Design has come up with a neat digital rendering of the new Aston Martin Vantage. Using the official side profile image the designer has craftily removed the roof.

Not only that, some interior details are also etched in, such as the rear parcel shelf where the roof is packaged away. This gives us a pretty good idea of what the expected drop-top version will look like.

Aston Martin hasn’t specifically confirmed there will be a convertible version, however, almost every vehicle it produces it has created a drop-top option as well, if a little after the coupe is launched. This includes the outgoing Vantage V8 and V12. All convertible Astons are given the name Volante, which is expected to be carried over for the new model.

The new Vantage was only revealed a couple of days ago but it has already generated quite a buzz with its stunning design. It has also been well-received thanks to its Mercedes-AMG 4.0-litre twin-turbo V8, that shunts out 375kW, giving the new model a harder hitting and more competitive punch against its rivals.

As previously confirmed, the new Aston Martin Vantage is set to go on sale in Australia next year, with prices starting at AU$299,950 (excluding on-roads). But, after seeing this rendering, what do you think, would you take the coupe or wait for the Volante?