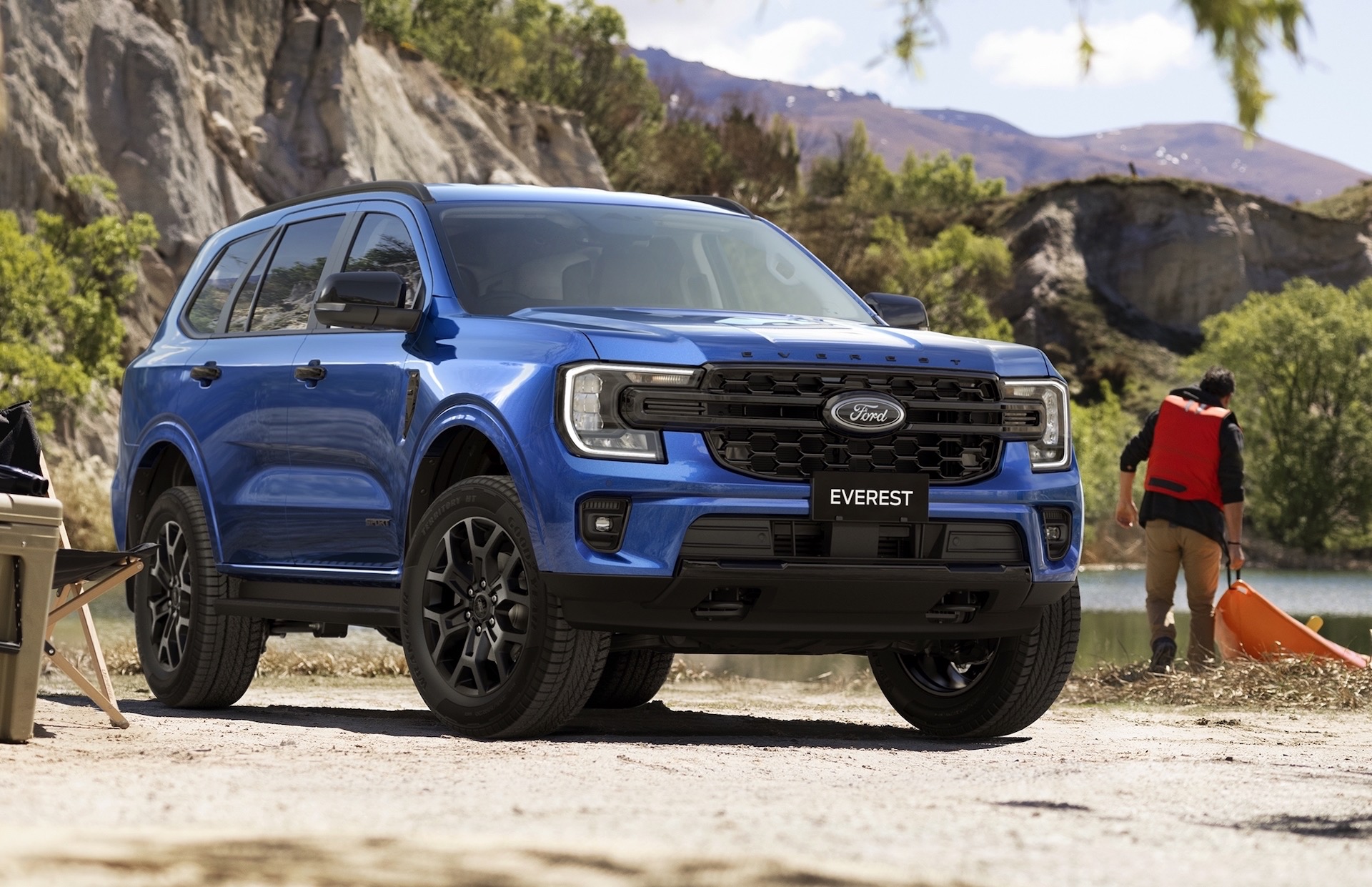 As promised, Ford has unveiled the all-new 2023 Everest heavy-duty SUV, based on the new Ranger. It will go on sale in Australia some time in the second half of this year. 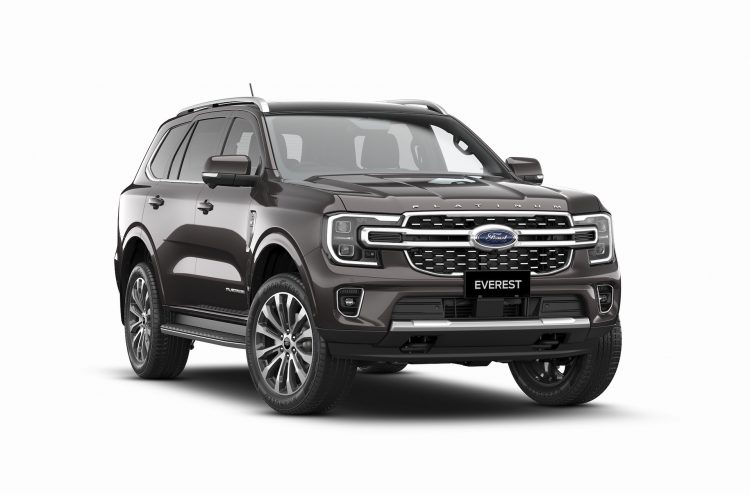 Like the new Ranger, the 2023 Everest is based on an updated version of the T6 platform. The track is increased by 50mm to help improve on-road stability, and the dampers have been revised to offer more “fun” and control on and off the road.

The water wading depth is up to 800mm (same as outgoing model), while underbody protection ensures go-anywhere ability without fear of crushing vital mechanicals. The braked towing capacity is up to 3500kg (up from up to 3100kg in the outgoing model). 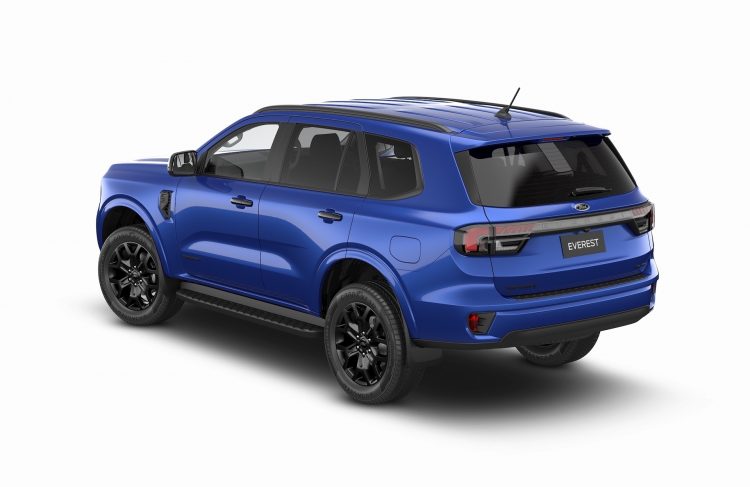 Ford Australia says all variants will come with a trailer light check function and trailer checklist, and a Tow/Haul driving mode to optimise the powertrain for towing. There’s also up to 350kg of static load capacity on the roof, and up to 100kg when driving.

Speaking of driving, the 2023 Everest will be available with a 2.0-litre twin-turbo four-cylinder diesel, carrying over from the current model, while a new 3.0-litre turbo-diesel V6 will be offered for the first time. Ford is yet to confirm outputs, but the 2.0L unit is likely to continue with 157kW and 500Nm, while the V6 is expected to generate around 180kW-190kW and around 550-600Nm. 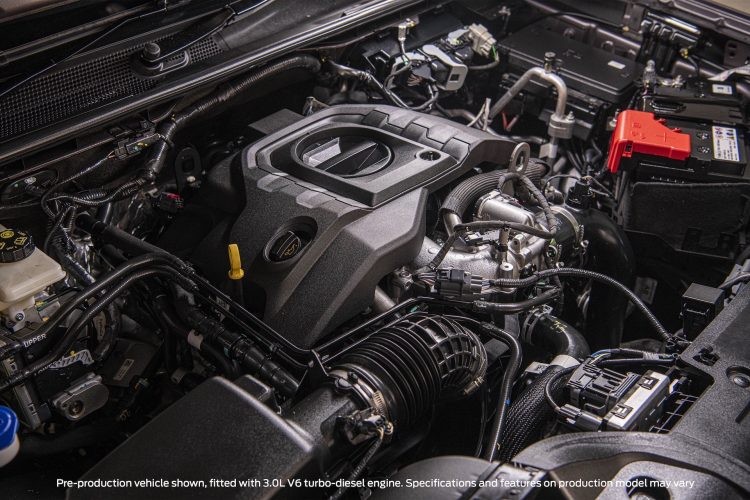 Both engines come matched to a 10-speed auto, and Ford Australia confirms it will be offering a rear-wheel drive option and permanent four-wheel drive with an electronically-controlled two-speed transfer case, and an available locking rear differential.

Ford Australia confirms it will be offering four variant levels of the new model, including Ambiente, Trend, Sport, and the top-spec Platinum. The Platinum will boast new levels of luxury and comfort, and even come with 21-inch alloy wheels. The V6 will be the only option in the Platinum and available in the Sport. 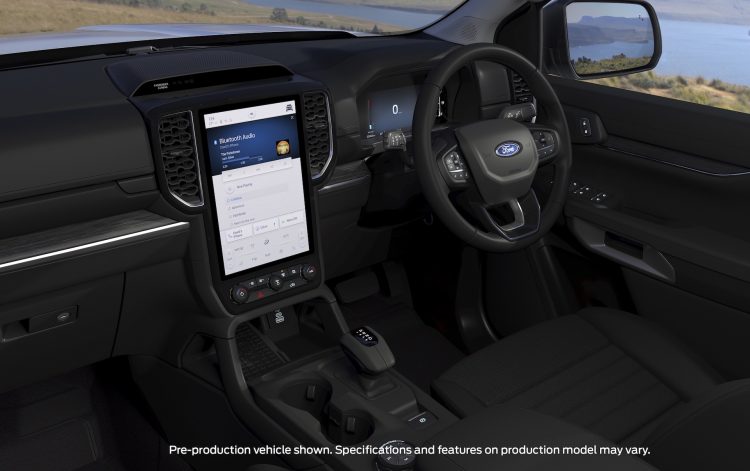 Inside, passengers are treated to either a 10.1-inch (Ambiente) or 12-inch (the rest) portrait-style touch-screen media interface, running SYNC 4A, while the driver views an 8.0-inch (all but Platinum) or 12.4-inch (Platinum) digital gauge cluster.

“When we started imagining the next-gen Everest, we started not at the beginning but at the end: With our customers. They’re people who like adventure, recreation and being able to go out with family and friends. Whether they’re conquering sand, rocks or city life, these customers appreciate the utility, capability and spaciousness of an SUV.” 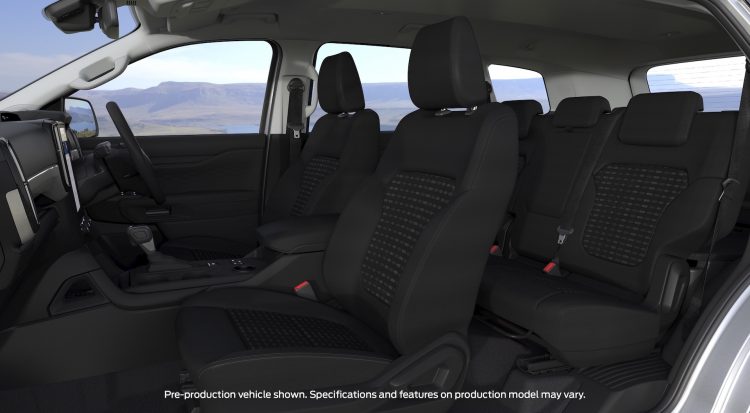 Foston also says the main objective for the new model was for it to be; “Tough on the outside, a sanctuary on the inside, amazing capability underneath.”

While Ford Australia hasn’t set out an official on-sale date as yet, the SUV is expected to arrive some time in the second half of this year. It’ll follow the new Ranger which is set to arrive at around the middle of the year.