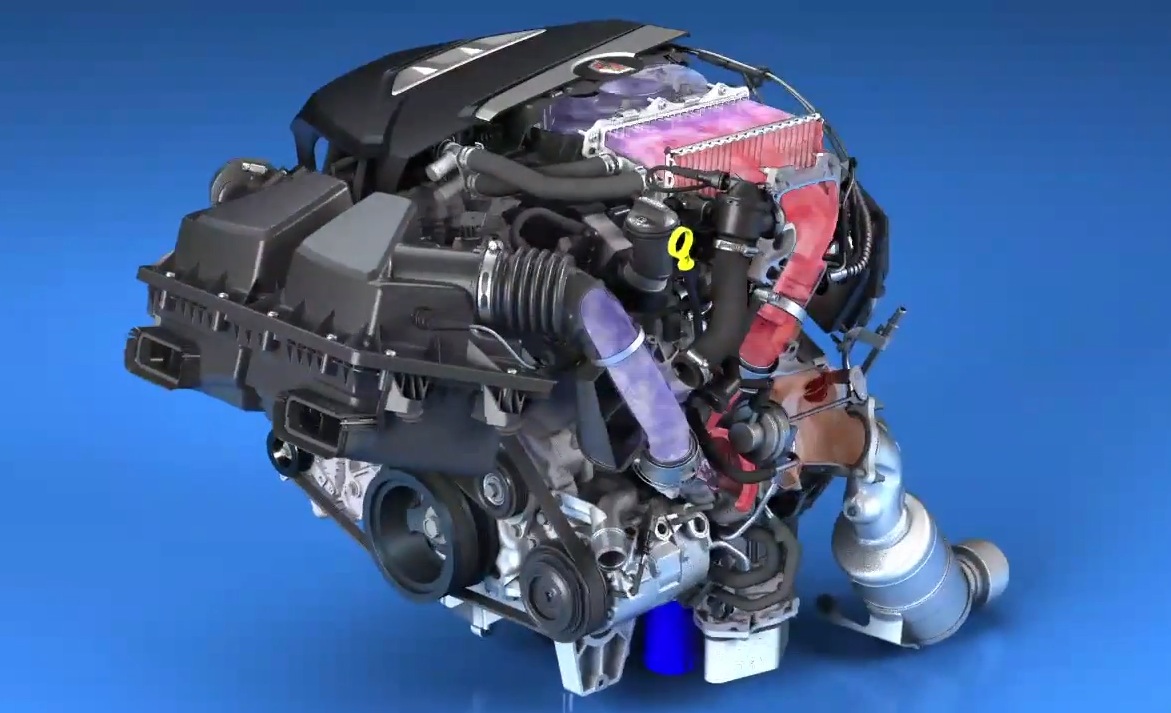 Details on GM’s interesting new 3.0-litre twin-turbo V6 have been released, including an overview video showing some of the unit’s highlights. 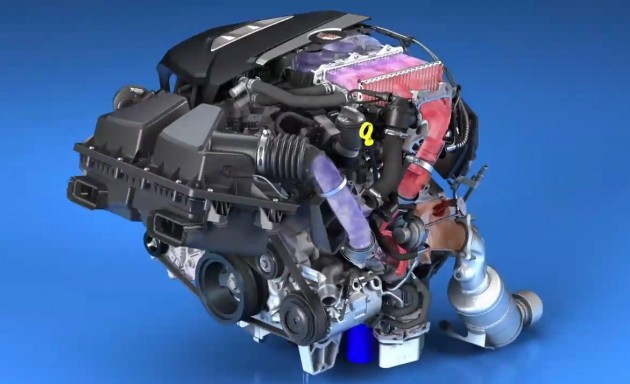 The new engine will debut in the 2016 Cadillac CT6 luxury sedan which will be revealed at the New York show next month. It produces an estimated 298kW of power and 543Nm of torque, which, according to GM, makes it one of the most power-dense DOHC V6 engines in the world.

It’s quite an advanced engine, featuring cylinder-deactivation technology and stop-start to save fuel, as well as lightweight low-inertia titanium-aluminide turbine wheels and a patented charge-to-air intercooler.

Thanks to various refinements the engine is quieter than Audi’s 3.0 TFSI engine, and 4dB quieter than the Infiniti 3.7-litre V6. There’s a stiff aluminium block with increased structure in the bulkheads, with a forged-steel crankshaft, polymer-coated pistons, and sinter-forged conrods.

Based on the latest 3.6-litre V6, the new twin-turbo uses smaller bores to allow for larger water jackets between the cylinders. This helps to maintain optimum combustion temperatures throughout the rev range, including during high-load and max-boost driving. Rich Bartlett, assistant chief engineer, said,

“With nearly zero turbo lag and a commensurately low-inertia rotating assembly, this engine climbs the rpm ladder and produces power on demand. Its performance is more than just the maximum output – it’s how it is delivered and the new 3.0L twin-turbo delivers it with smoothness and precision.’

The big question is, will this engine ever see Australia? While the Commodore will go out of production in 2017, GM will be introducing a large sedan of some description to replace it. Could it be the Cadillac CT6? We’ll have to wait and see. Take a look at the video below for more detail on the new engine.