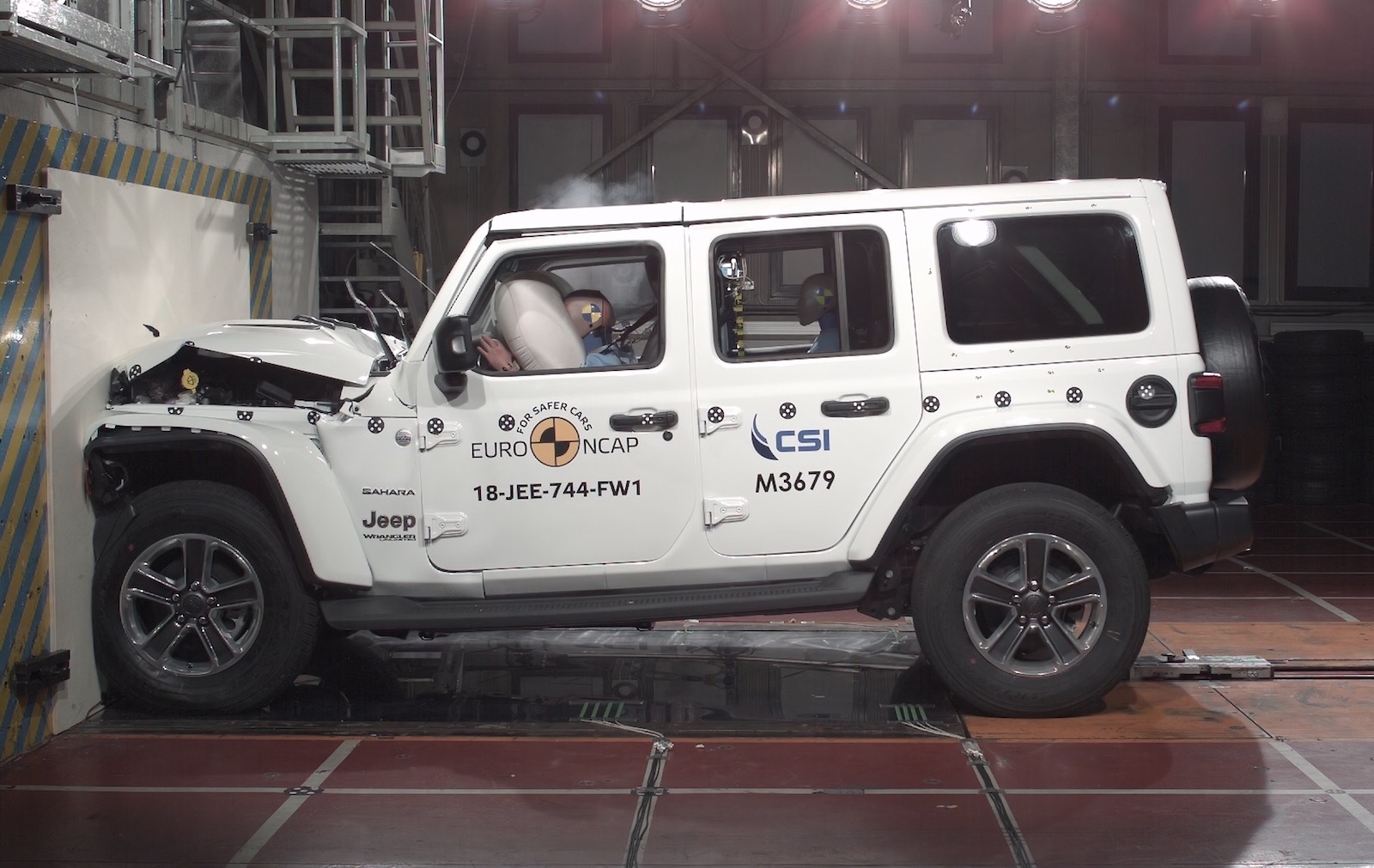 Those thinking about buying the new 2019 Jeep Wrangler might want to reconsider, as recent NCAP crash test results show extremely poor safety. So poor it was given a one-star safety rating. 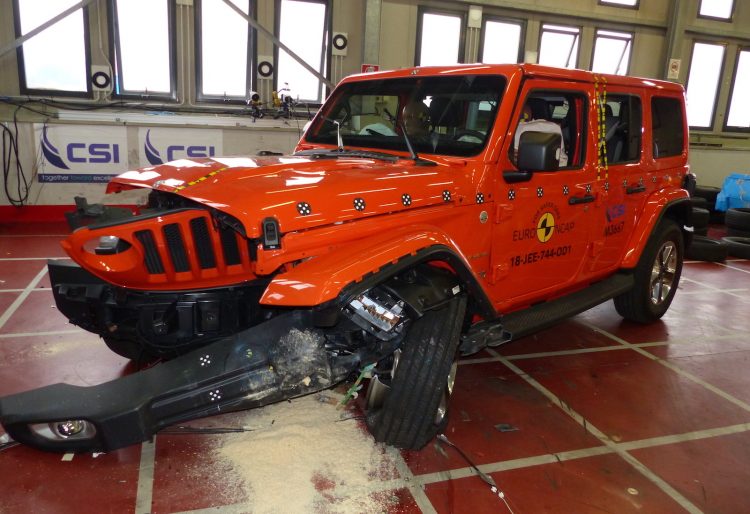 Before we go further, we need to point out the crash testing was conducted by the Euro NCAP division, and vehicle specs and scores might be different for Australian models under ANCAP’s protocol. However, these initial results certainly don’t look good.

NCAP says the Wrangler comes with a seat belt reminder and a simple speed limiter system, which needs to be set by the user, and that’s it in terms of driver assist systems. As a result, the rugged SUV only passes the one-star safety rating threshold. Speaking about the result, NCAP’s Michiel van Ratingen said:

“It is truly disappointing to see a brand-new car being put on sale in 2018 with no autonomous braking system and no lane assistance. It is high time we saw a product from the FIAT-Chrysler group offering safety to rival its competitors.” 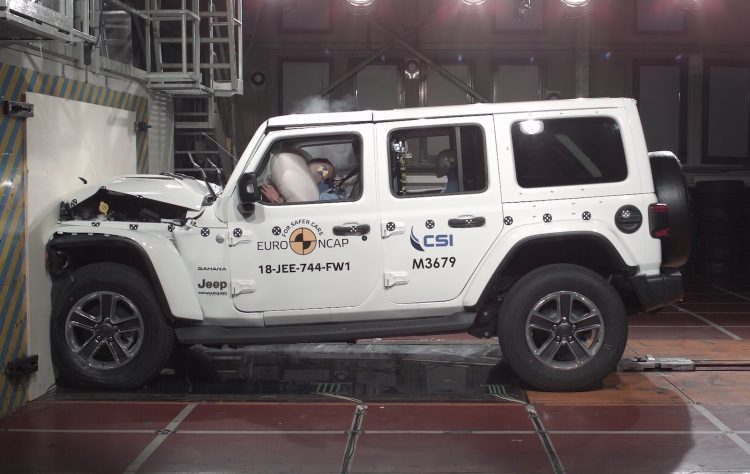 Aside from the lack of safety assist technologies, the Wrangler’s crash performance didn’t shape up too well either. For adult occupant protection, the SUV was rated just 50 per cent, with poor results for the frontal offset barrier earning just 3.9 points out of 8.0. The lateral impact also returned a score of just 8.0 out of 16.

In Australia, the standard specifications could change the overall score. ANCAP says it will provide local ratings when the new model launches in 2019. Check out the crash test footage below to see the carnage.