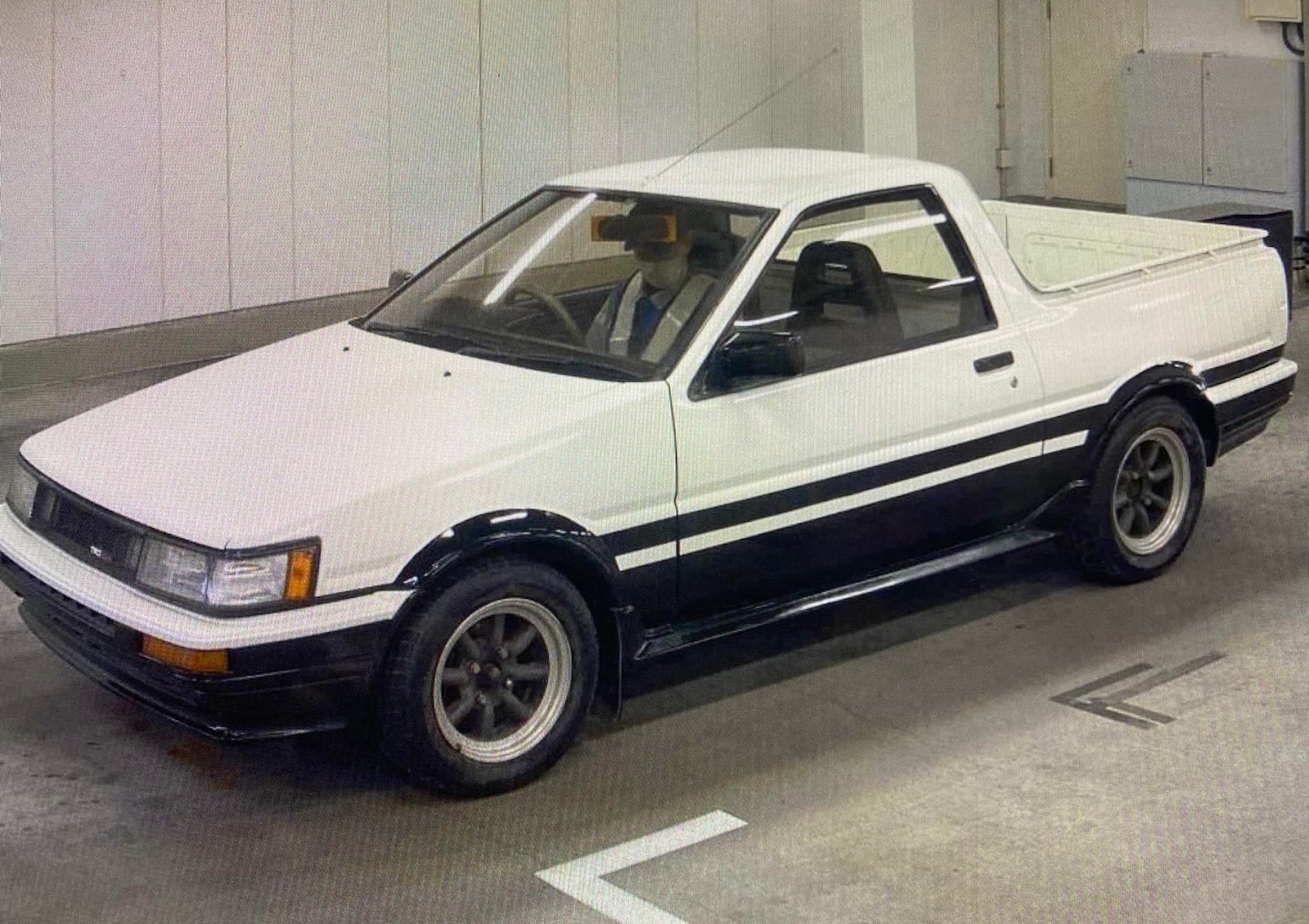 Looking to buy a car for making late-night deliveries, specifically up and down windy mountain roads, at night? You need a Toyota Levin AE86 ute/pickup truck, just like this one. 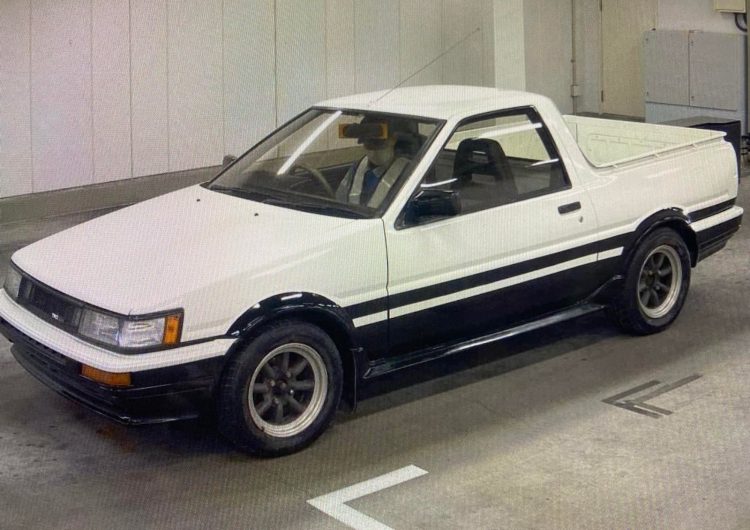 The Toyota AE86 series of Levin and Sprinter (pop-up headlights) are an icon of the drifting world. Nicknamed the Hachi-Roku in Japan, translating to mean ‘eight-six’, these Corolla-family models were built with the perfect foundations for driving and drifting enthusiasts. They had a front-mounted engine with rear-wheel drive, and all in a very light weight package (most weighed around 980-1050kg).

Now, all models were either a coupe or liftback. However, it looks like someone in Japan came up with a great idea to turn one into a small pickup truck (ute, in Aussie terminology). Because this week such a vehicle went up for auction in Japan, with import specialist Nippon2U showing the listing as a possible purchase for interested punters. 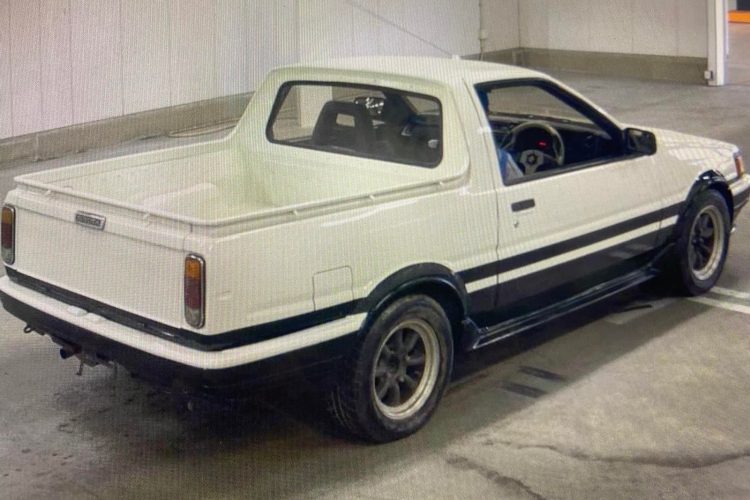 Before we go any further we must, unfortunately, advise that the car has since been sold. It went for around 1,855,000 yen, which translates to about AU$19,590, at the exchange rate at the time of writing. But like many of us car fans, it is fun to dream. We had to know more about it so we reached out to Nippon2U.

According to the sale report, the car is a custom build and Nippon2U tells us it is probably the only one of its kind in Japan. It’s likely based on a GT-Apex variant, and features the legendary 1.6-litre 4A-GE twin-cam four-cylinder engine. In standard form this unit produced around 84kW in Japanese models, although, plenty have since been tuned to develop over 120kW or more (keep in mind that low kerb weight). 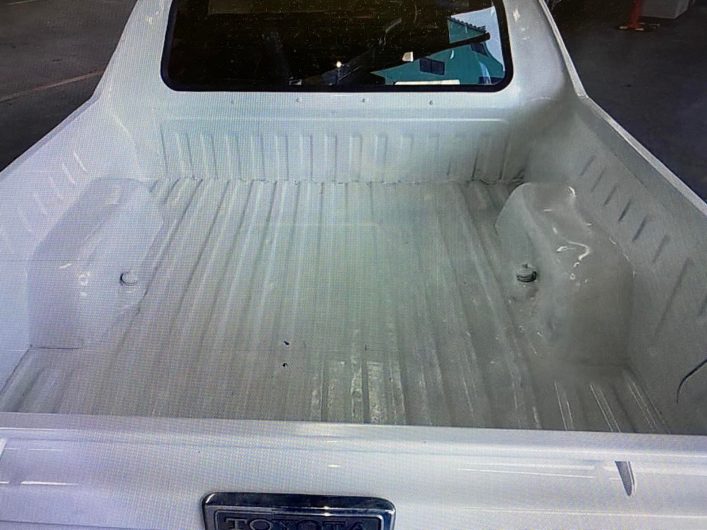 This example also features a five-speed manual and is coated in the iconic panda white and black colour scheme. At the front is the usual Levin nose with fixed headlights, while at the back is a handy pickup tray moulded, rather nicely (judging by the photos), into the bodywork. It looks like the tray section has been grafted from a later-model Toyota Publica Truck.

We’re not sure where this magnificent little ute ended up but we sure do hope to see it again one day, perhaps as a neatened-up and lightly tuned hobby drift truck. 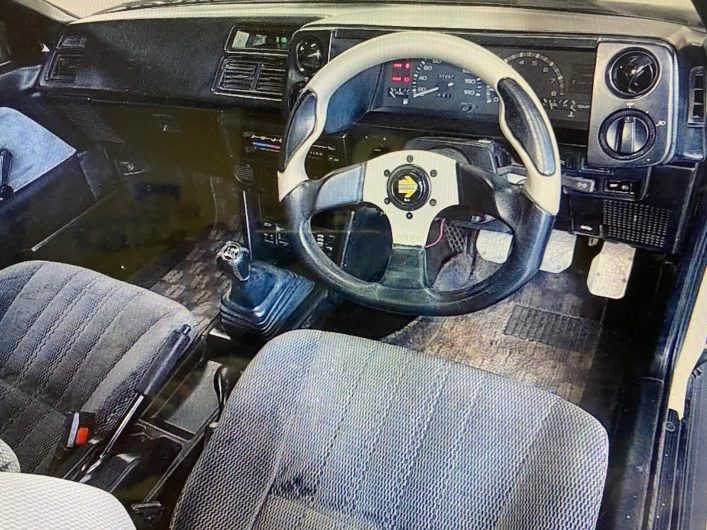 If you are thinking about getting a cool import from Japan, Nippon2U regularly scours auctions on-site and can put in a bid through its membership on your behalf. It depends on the car and the shipping port in Australia, but as a guide the firm’s fee is 90,000 yen (about AU$950 at time of writing), while freight to Australia ranges between $2500-3000, depending on the Aussie port. Other taxes and charges may apply.

Head over to Nippon2U’s Facebook page for daily listings and updates, or to get in touch and make a bid (remember, this little cutie has since been sold).