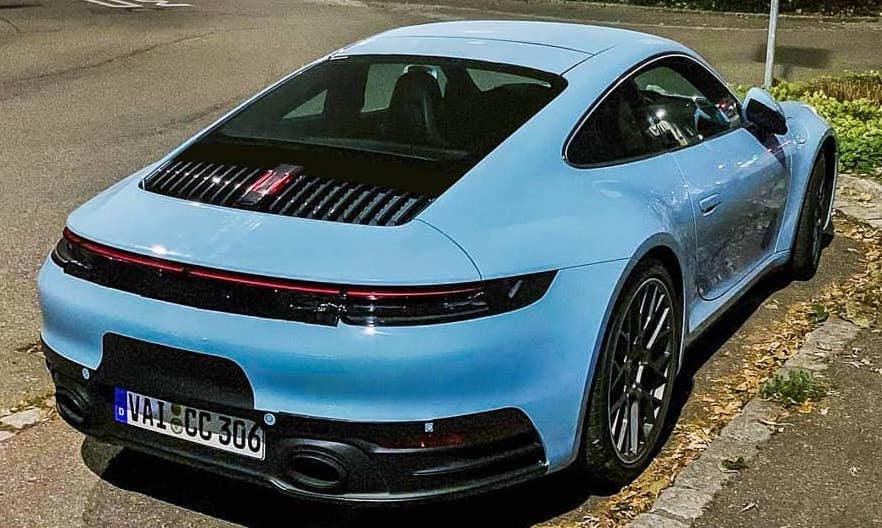 A very cool Gulf blue 2019 Porsche 992 911 has been spotted on the streets, showing the full exterior for the first time. The images surface just as Porsche confirms the new model will make its debut at the LA auto show later this month. 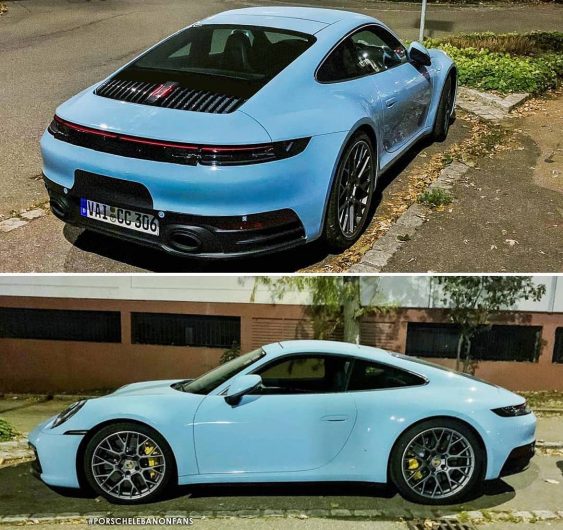 The car spotted appears to be dressed in Gulf Racing blue, or a shade that’s at least inspired by the iconic brand. And what can we say, it looks stunning. These images, first posted up on Instagram by porschelebanonfans, give us the first detailed look at the updated design.

At the rear you’ll notice the full-width taillight treatment which has slowly been introduced on other new models in the showroom, such as the Cayenne and more recently the Macan. Below these the rear end extends right down, with twin exhausts incorporated into the diffuser element.

This example could be the Carrera 4S. We say this because the body looks quite wide, with big bulbous wheel arches that are synonymous with the C4. We suspect the mesh-style wheels might also be reserved for the performance variants, such as the S.

Other details revealed include an engine cover that’s almost integrated into the rear windscreen housing, with only small vertical fins. Below this you can see the outline of the clamshell-style adaptive wing that we’ve seen on other prototypes.

In terms of specs, we still don’t know for sure what Porsche will do here. Our guess is the existing 3.0-litre twin-turbo flat-six will carry on with some minor changes, with tweaks for more power and reduced fuel consumption. There might also be some sort of mild hybrid system incorporated for the first time, following Volkswagen Group’s latest electrification strategy.

We don’t have long to wait before all the beans are spilled. The official debut will be held at the Los Angeles Auto Show, starting November 27. An earlier online reveal will probably take place in the lead up.