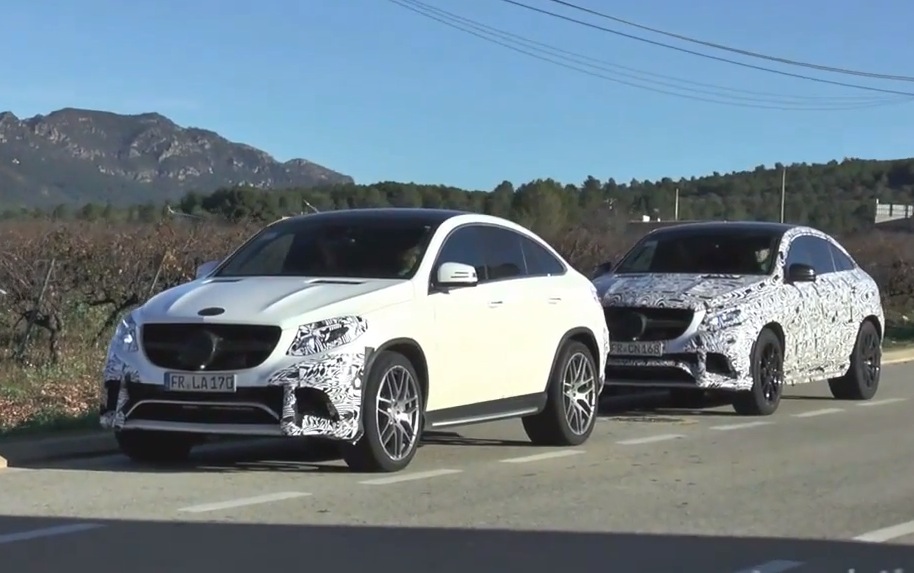 Mercedes-Benz has been spotted test driving various prototype versions of the upcoming ‘GLE’ or ‘GLC’ large four-door coupe SUV. This will be the company’s answer to BMW’s X6. 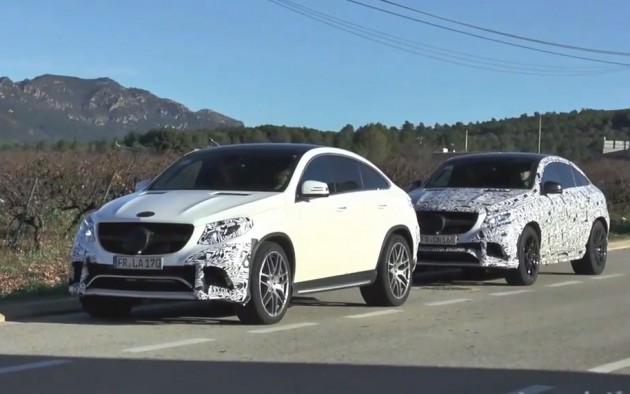 As we can see here thanks to a video by autoevolution YouTube channel, the GLE – name not confirmed – is set to come in a variety of flavours. Including, most interestingly, a high-performance AMG flavour with the full suite of AMG components.

BMW has been enjoying soaking up sales in the market segment that it created with the X6 since it was introduced back in 2007-2008. Mercedes is looking to swipe some of these customers with this new model, previewed in concept form earlier this year.

It’s understood the GLE will be based on the ML-Class platform, featuring that fashionable four-door coupe roofline. Power is expected to come from a range of turbo-petrol and turbo-diesel options, with the AMG version likely getting the 5.5-litre twin-turbo V8 from other AMG models, producing around 386kW.

In terms of design the GLE appears to have a bespoke front end compared with the ML-Class, with peeled back headlights and a more sporty bonnet line, a prominent front grille, and of course a redesigned rear end to cater for the swooping tailgate. The AMG version adds an aggressive bodykit and large alloy wheels.

If reports are accurate we should see the finished version make its debut at the 2015 North American Auto Show in Detroit, starting January 12. Click play below for a sneak peek.