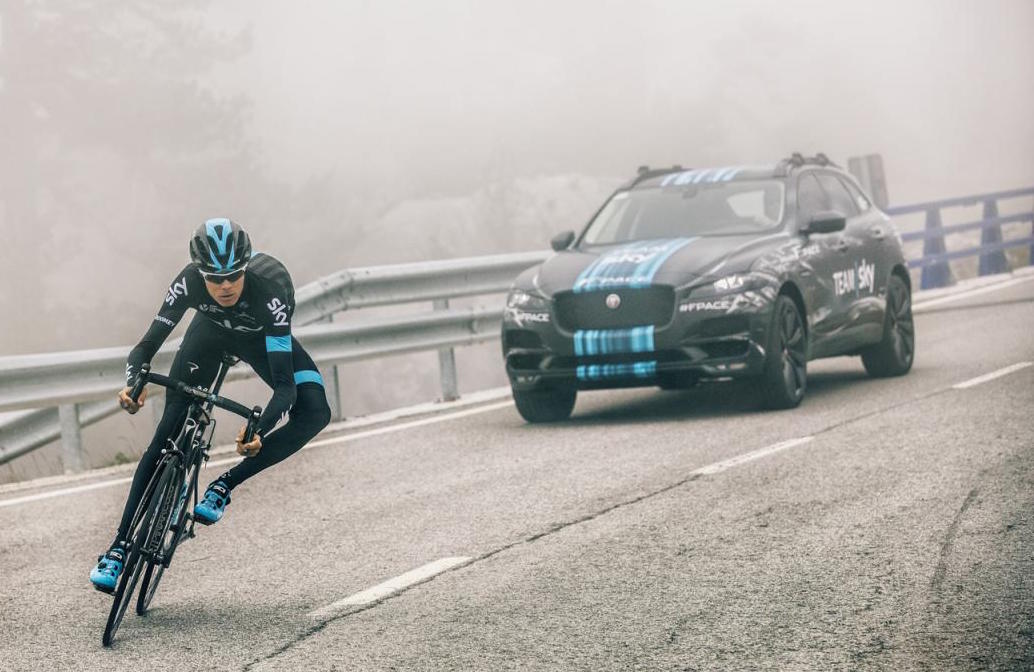 The Jaguar F-Pace has once again reared its face, this time with the announcement the SUV will be the support vehicle for Team Sky in this year’s Tour De France cycling event. 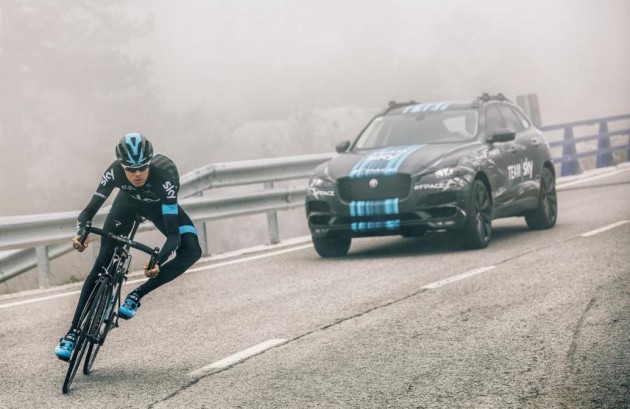 The prototype version of the F-Pace, Jaguar’s first-ever SUV model, will carry the team’s director, doctor, mechanic, as well as vital supplies that are necessary for the grueling cycle.

It will support Team Sky’s rider, Chris Froome, on the first of 21 stages, the first of which, a time trial which takes riders from Utrecht in the Netherlands south 13.7km toward Belgium. Froome spoke about the event in a statement, saying,

“The tour is everything to me. There’s something special about it. The hype, the passion, the crowds. Everything is completely overwhelming. I can’t wait to get on the road now and get into the race. I’m back with a vengeance this year.”

The F-Pace is wrapped in a semi-camouflaged soft-wrap, which apart from advertising the team’s sponsors, features an interlocking carbon/chain pattern to disguise its exact design before the official unveiling.

The production version Jaguar F-Pace is slated for an official unveiling at the Frankfurt Motor Show, with the first units expected to be delivered in the early stages of 2016.