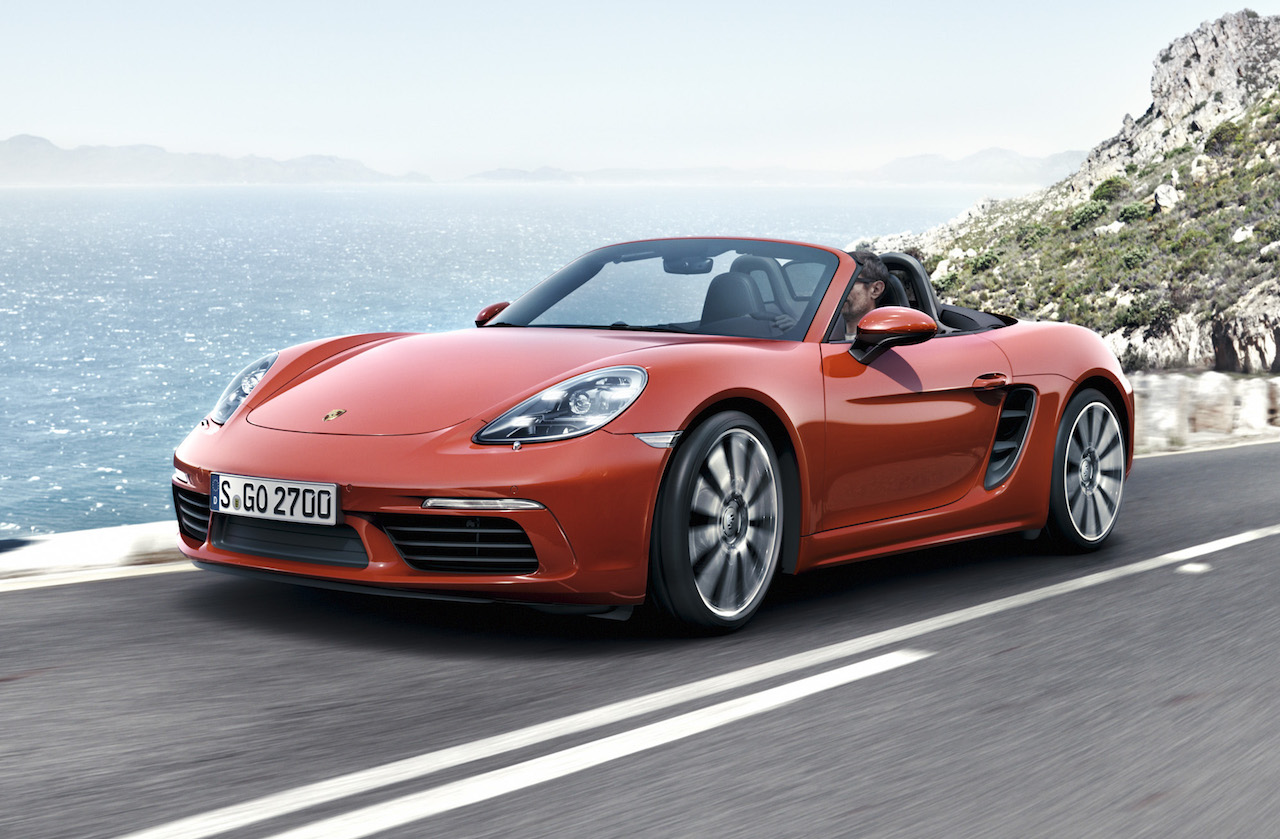 Porsche Cars Australia has announced the new 718 Boxster and 718 Boxster pricing and specifications just ahead of their arrival in mid-2016. 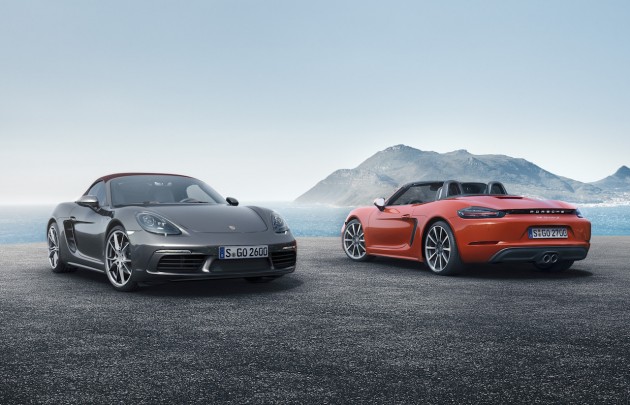 As reported previously, Porsche is changing the name of its entry-level sports cars, from Boxster and Cayman, to 718 Boxster and 718 Cayman. The change was made to pay tribute to the classic Porsche 718 racing car.

Australian customers are offered two variants of the open-top model; the Boxster and Boxster S. Both take on a revised exterior design, with a wider front stance, bigger air intakes, and new bi-xenon headlights with integrated LEDs.

The key highlight of the new model though is the introduction of new turbocharged four-cylinder engines. This is all part of Porsche’s plan to reduce overall emissions and average showroom fuel consumption, following the recent announcement of an all-turbo 911 lineup (except GT3).

For the 718 Boxster there’s a 2.0-litre turbo boxer engine producing 220kW and 380Nm. With the optional PDK dual-clutch auto and Sport Chrono pack, it’s able to sprint from 0-100km/h in just 4.7 seconds (down 0.8 seconds). It also offers an official average fuel consumption of 6.9L/100km in auto form.

Stepping up to the 718 Boxster S gets you a 2.5-litre turbo four-cylinder boxer engine generating 257kW and 420Nm. It’s able to cover 0-100km/h in just 4.2 seconds, with the PDK and Sport Chrono option. Fuel consumption is rated at a respectable 7.3L/100km. 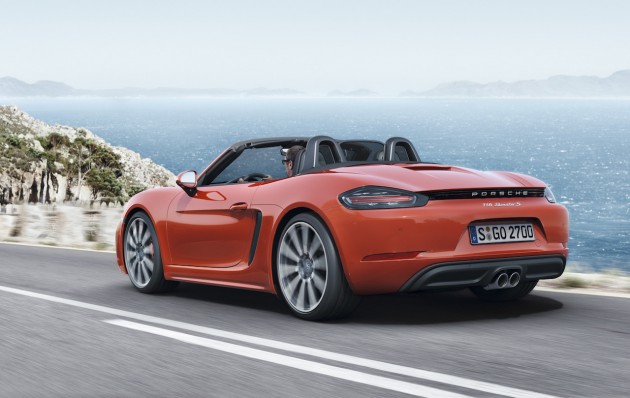 Optional features include the Sport Chrono pack with Normal, Sport, and Sport Plus driving modes, and optional Porsche Active Suspension Management (PASM) which lowers the suspension by 10mm. Ride height can be lowered by 20mm if one so desires.

Porsche says Australian customers can place their order at dealers throughout the country now, with deliveries scheduled to commence in the middle of the year. See below for starting prices (excluding on-road costs):