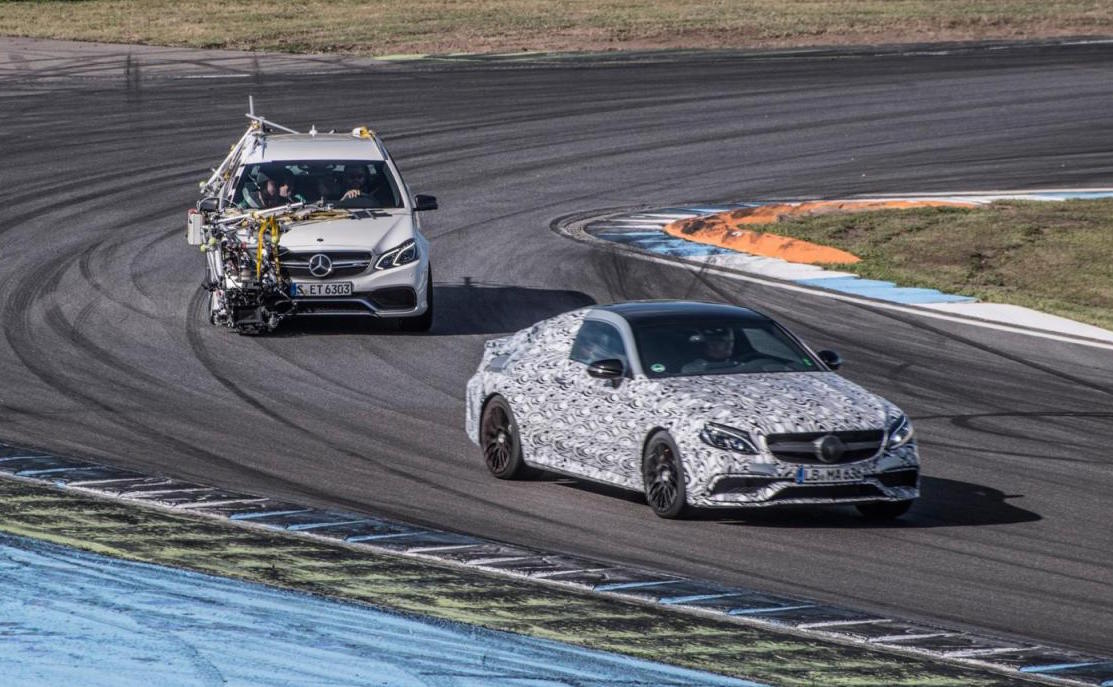 Mercedes-Benz is continuing with the teasers of the upcoming C 63 AMG Coupe without actually offering any useful information. This time it is showing the same prototype, that it’s already shown a number of times, from a few new angles. 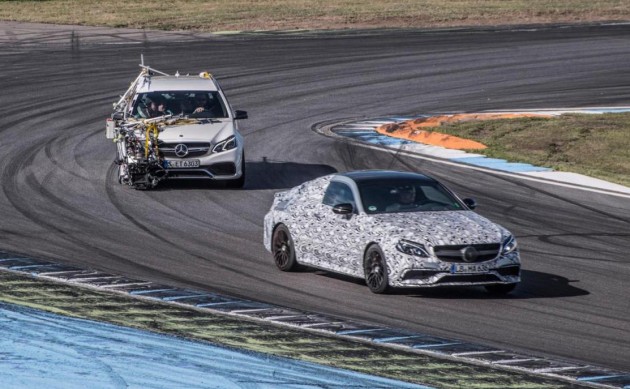 As previously reported, the next C-Class Coupe is set to step further away from the C-Class sedan on which it is based. It will apparently feature a more unique body with muscular wheel arches, reduced rear seat space over the predecessor, and of course everything underneath to provide a sportier drive.

Like the predecessor, the new AMG coupe will come with dedicated sports suspension, staggered tyre sizes and big AMG wheels, as well as a discreet bodykit with aero enhancements at the front and rear.

In the latest teaser it looks like Mercedes is putting together a promo film – potentially another teaser? – with the prototype out on the track while an E-Class fitted up with an extensive camera apparatus follows behind.

All is set to be revealed at the Frankfurt Motor Show in September. We’re sure there will be more teasers, but hopefully next time the company gives us some actual information to digest.