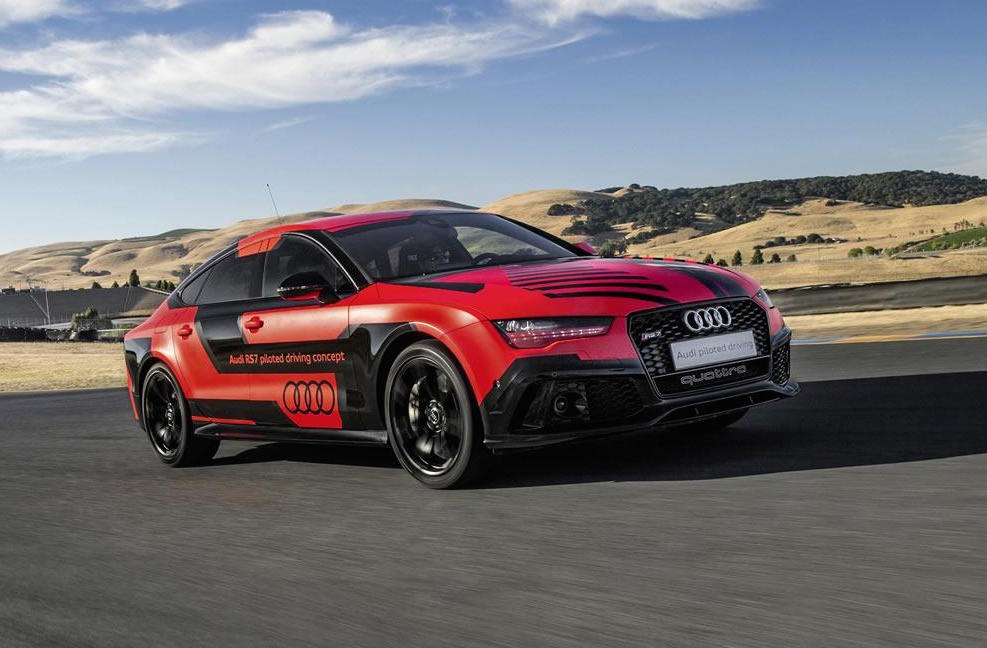 Remember the driverless Audi RS 7 piloted driving concept from last year? Audi has gone back to the drawing board and come up with an even more impressive, technology-packed version. 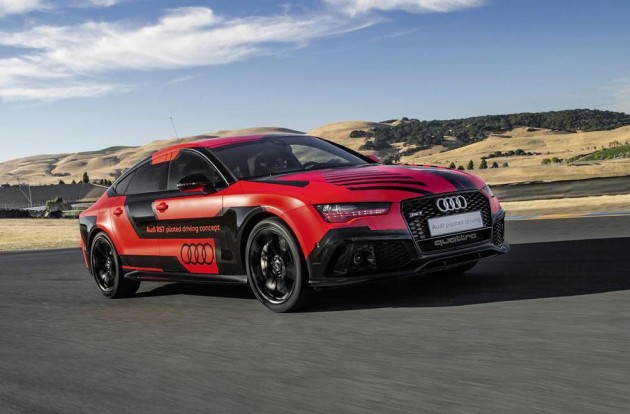 The obvious change you’ll notice is the black and red colour scheme. However, Audi engineers have managed shed some 400kg from the kerb weight, enhancing its overall performance. There’s no mention on how the weight reduction is achieved, but it is a good sign of what could be possible in the near future.

Under the bonnet sits the same 4.0-litre twin-turbo V8 producing 412kW of power and 700Nm of torque. Around the Sonoma Raceway in California, the car completed a lap in 2:01.01 without a driver. Thomas Müller, responsible for the development of brake, steering and driver assistance systems at Audi, said,

“In Sonoma, we took the Audi RS 7 piloted driving concept to its physical limits lap after lap, and it handled the task with uniform precision. The car turned in lap times that were better than those of sports car drivers.”

Audi is using the vehicle to to continue to develop technology for autonomous driving in the aim to eventually release such systems on production cars. The company says the technologies can help improve safety, efficiency, and convenience, while also saving time.

Piloted driving features will debut on the next-generation Audi A8, with systems capable of taking full control of the car during parking and in traffic conditions at speeds up to 60km/h.