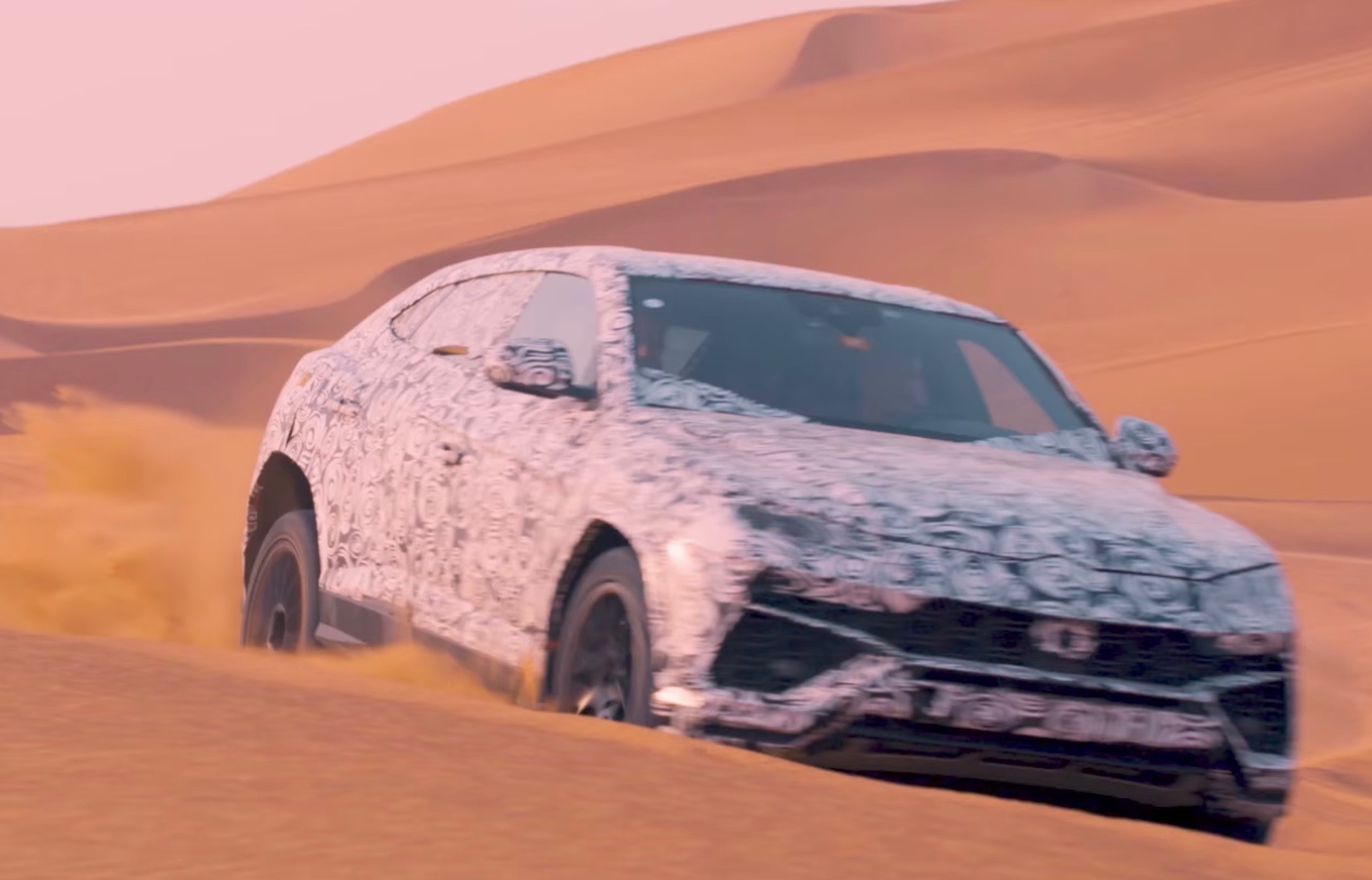 A teaser video for the highly-anticipated Lamborghini Urus has been released, showing the supercar maker’s first SUV attacking some off-road conditions. 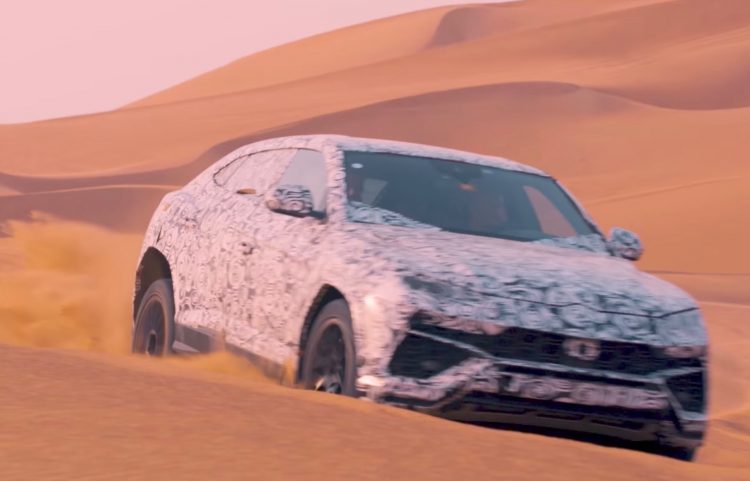 The new model will boast some all-new driving modes via the company’s traditional ‘ANIMA’ toggle, adding a Sabbia setting for sand, as well as Terra for land and Neve for snowy conditions.

It’s strange to be talking of these modes for a Lamborghini, however, it seems the company is taking off-roading pretty seriously with its first off-road car since the LM002 military vehicle. A prototype is shown in the teaser video carving up some thick sand dunes and even getting airborne.

As we already know, the Urus will be underpinned by a similar version of the MLB Evo platform as the Bentley Bentayga and the latest Audi Q7. Lamborghini will be making some big changes to the suspension and centre of gravity to ensure it comes in as the only proper ‘super SUV’ on the market.

We saw in a previous promo video that Lamborghini is going to install a V8 engine into the Urus. Most suspect the unit will be the 4.0-litre twin-turbo V8 that’s also used in vehicles such as the new Porsche Panamera and Cayenne. In the Lambo the V8 is expected to produce around 470kW.

A full debut is expected any day now, with sales already locked in to commence in 2018. Check out the preview below to see a Lambo doing things you never previously thought possible.