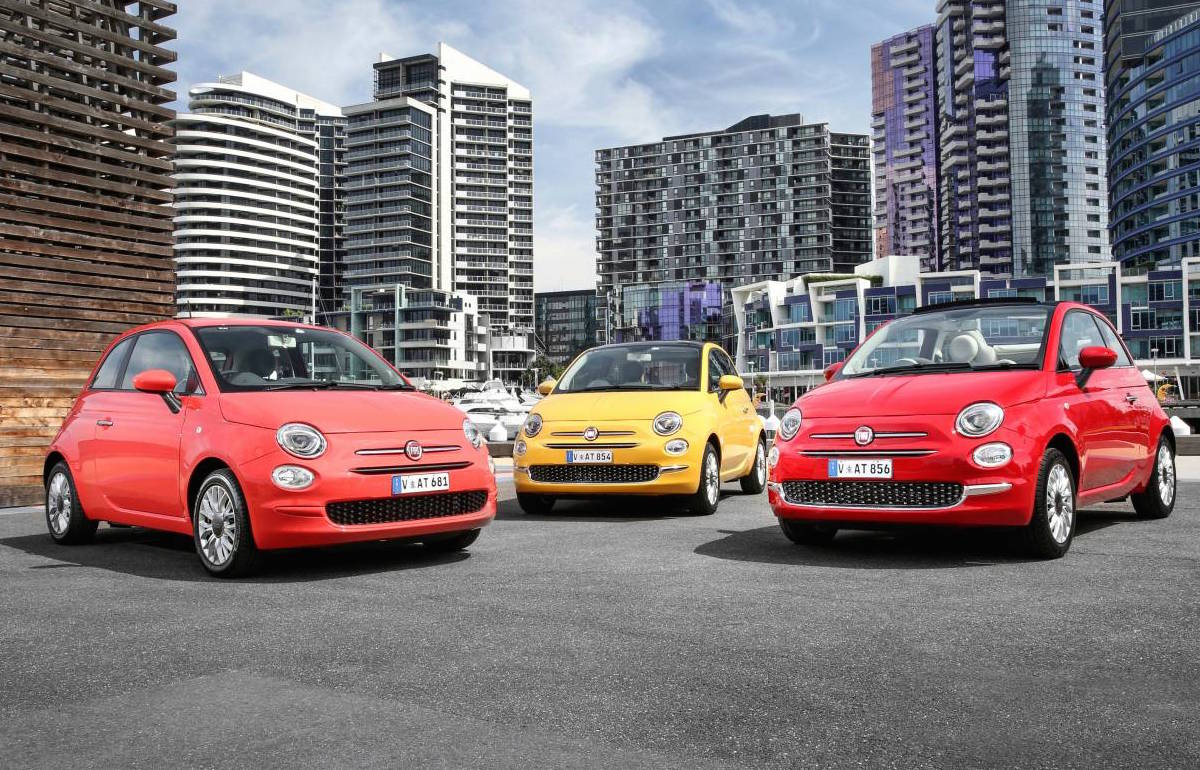 The Italian ‘Bambino’ Fiat 500 has been updated and has just launched in Australia, introducing improved in-car connectivity and entertainment, updated exterior styling, and updated technologies across the board. 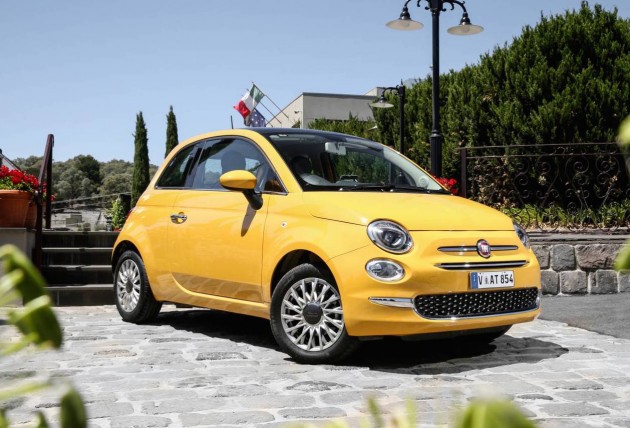 Fiat says there are 1800 changes to the new model, with the most obvious ones seen within the exterior design, and the new interior layout with (finally) a new Uconnect touch-screen infotainment system making its way onto the dash.

To make it easier for buyers Fiat has simplified the lineup and cut it down to just two main variants; the Pop and Lounge. These are both available as a traditional hatch or a drop-top convertible.

In the Pop grade is a 1.2-litre four-cylinder engine producing 51kW of power and 102Nm of torque. It can be connected to either a five-speed manual or automatic, the latter of which offers an average fuel consumption of just 4.8L/100km (4.9 in manual).

For the Lounge version there’s a 1.4-litre four-cylinder generating 74kW and 131Nm. It’s available with either a six-speed manual or five-speed auto. Fuel economy is rated at 5.8L/100km for the auto and 6.1 for the manual.

Inside, passengers are treated to Fiat-Chrysler’s Uconnect interface for the first time, replacing the cluttered and confusing button layout. It comprises of a 5.0-inch touch-screen, offering support for Bluetooth and USB, with digital radio functionality across the board. 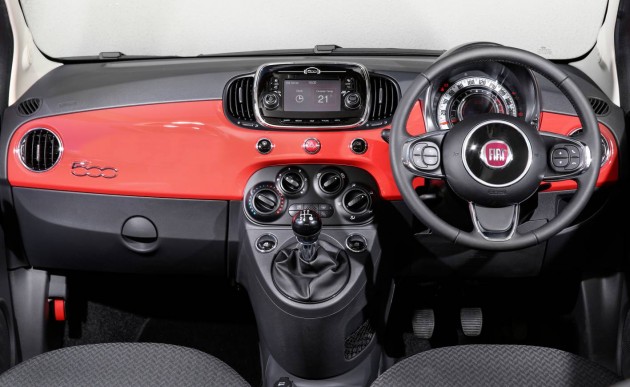 As for the exterior design, the clamshell-style bonnet has been revised with more pronounced ribbing, while the front grille takes on a more three dimensional theme, skirted with chrome trimmings. At the back there’s a new bumper bar with reversing lights relocated to the edges of the bumper for improved safety.

The new model is on sale in Australia now from the following prices, with a special $1000-extra drive-away offer for the introductory period. See below for retail prices (add $1000 for drive-away price):