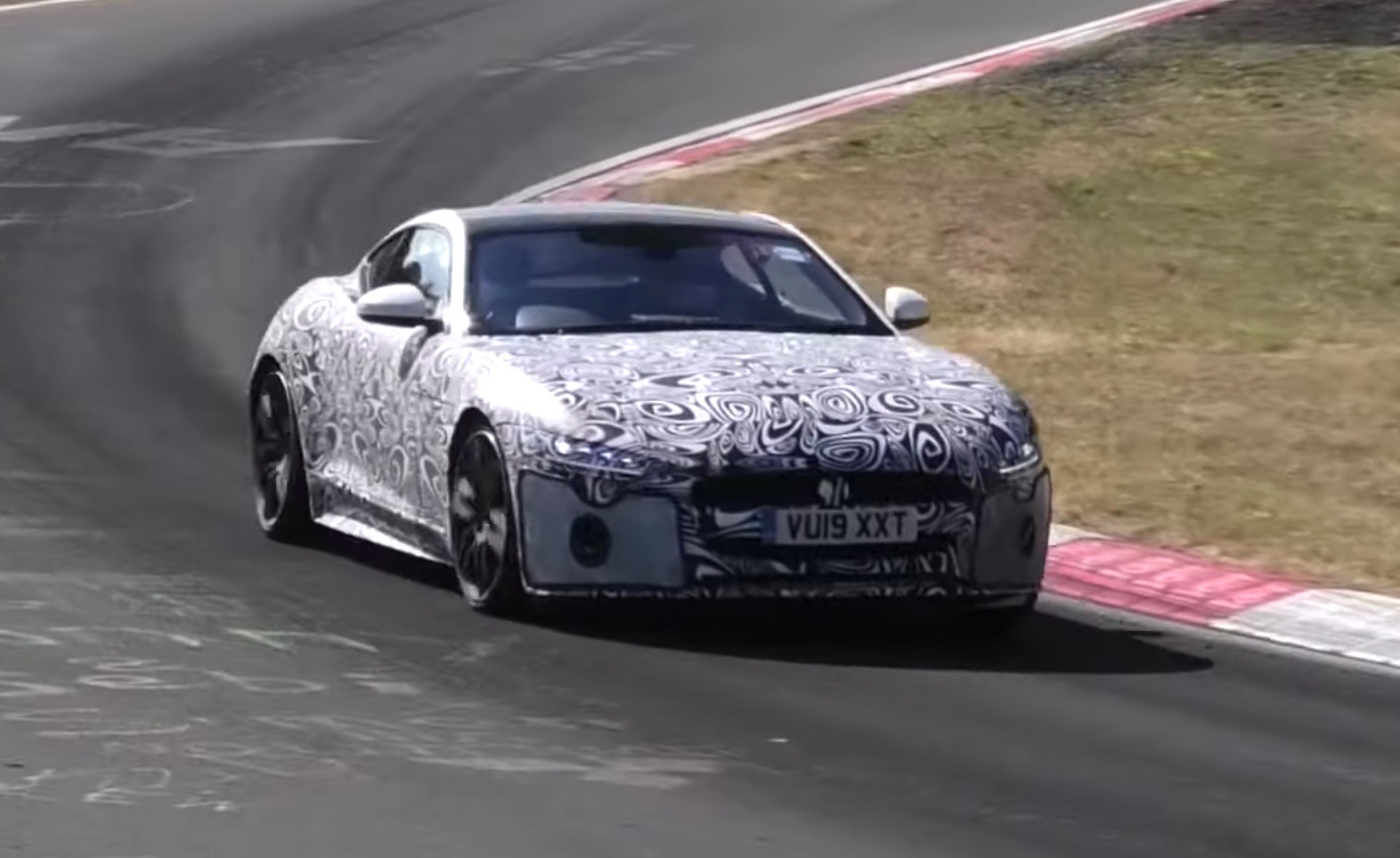 Jaguar has been spotted testing various prototypes of the next-gen 2020 F-Type out on the Nurburgring in Germany. These provide some clues as to what’s in store for the new model. 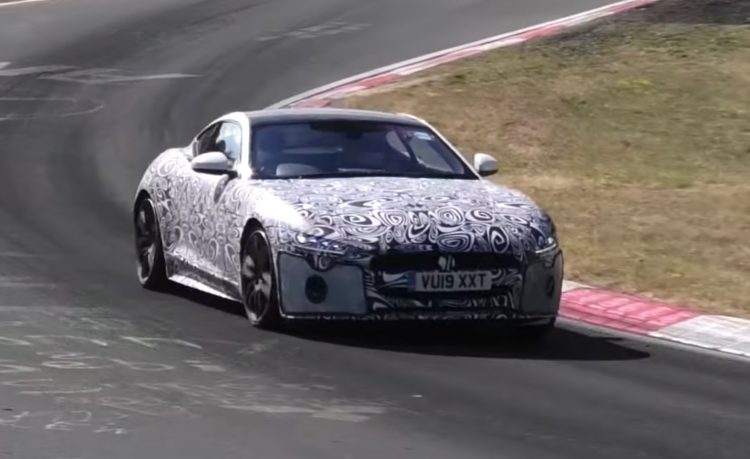 In the video below we get to see (and hear) around three or four different prototypes, all wearing different number plates. It’s hard to tell for sure, but some clearly bellow out a thumping V8 soundtrack, while others potentially use a four-cylinder or six-cylinder. The V8 models feature quad-outlet exhausts, while, towards the end of the video, you’ll see the centrally-mounted exhausts for the others.

As previously reported Jaguar is set to enlist the help of BMW for its next V8 engine, replacing the current 5.0-litre AJ-based supercharged V8. It’s said that Jaguar will be using BMW’s 4.4-litre twin-turbo V8 which is found in various 50i models and even the M5 and M8 performance cars (albeit tuned differently and built with unique components).

We suspect Jaguar will use the M Performance tune, at least as a base. We’re talking about the M50i unit found in the new X5 and X7, as well as the M850i coupe and convertible. In these the engine produces 390kW and an impressive 750Nm. Jaguar may revise the tuning for the F-Type. For example, 750Nm might be a bit much for a relatively lightweight sports car while 390kW might not be enough top end power.

It’s hard to tell if these prototypes are using the BMW engine. They sound slightly quieter than the existing 5.0-litre supercharged V8 which powers the F-Type, but then louder than what we’ve heard from the BMW models mentioned. 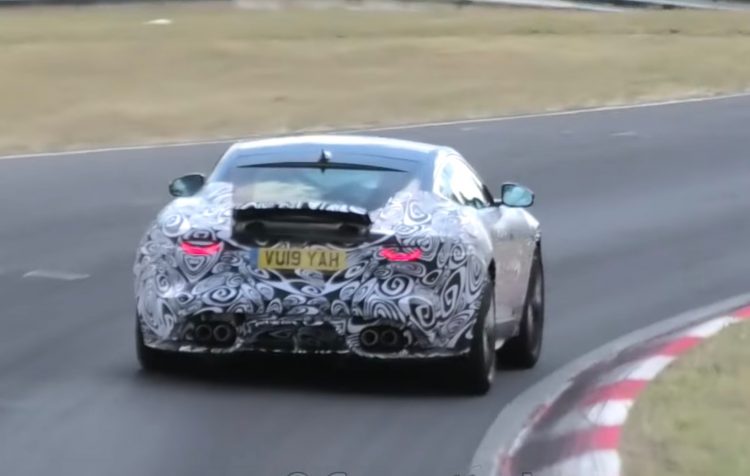 Another new engine Jaguar might adopt is its own new 3.0-litre twin-charged inline six. This engine debuted in the Range Rover Sport HST, producing 294kW and 550Nm. It uses both an exhaust-driven turbocharger and an electric supercharger to pressurise the intake. This unit could come in to replace the existing AJ-based 3.0-litre supercharged V6, which actually started life as a Ford Duratec unit.

A 2.0-litre four-cylinder turbo-petrol is expected to continue on from the current model. It’s a relatively new unit brought in under the Ingenium family, and it currently produces 221kW and 400Nm. Jaguar may revise these outputs slightly for the new model.

As for the exterior design? Well, it is hard to see with these prototypes all wrapped up in camouflage. But the front end is likely to adopt a pointer shape, and there appears to be much more slender headlights. We can probably turn to the I-Pace for some indication of the design language.

At the back these test mules don’t seem to show any really obvious change. You need to pause the video and really zoom in on the taillights to see these do seem a bit smaller. The rear bumper bar profile also appears to be updated.

A full debut for the 2020 Jaguar F-Type is likely to take place right at the end of this year or early next year. Click play below for a preview.