Is this the future in cosmetic tuning? This chrome green Re-Styling BMW 550i thinks outside the square, and shows if you really want stand out, there are options aside from getting a respray. 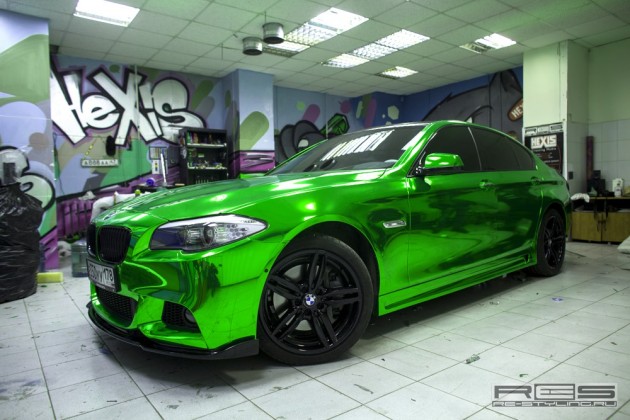 Re-Styling is a French company specialising in auto finishes and cosmetic tuning, however, a quick Google search proves there is also an Australian branch based in Queensland. This project was carried out at a Russian shop.

Looking a little like a fluoro Hot Wheels special, the BMW 550i features a two-stage wrap. The initial is a chrome wrap. Chrome wraps are getting more and more common these days, Re-Styling goes a step further though by adding a transparent green wrap. This gives it that distinctive chrome-green finish. 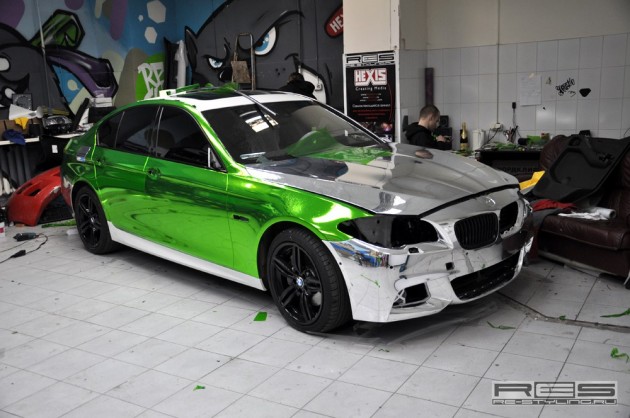 In this case, the BMW 550i also features various AC Schnitzer body revisions, mixed with Hamann items, and a set of black double five-spoke alloy wheels.

What do you think of it? Is it a fashion that could take off in the future?