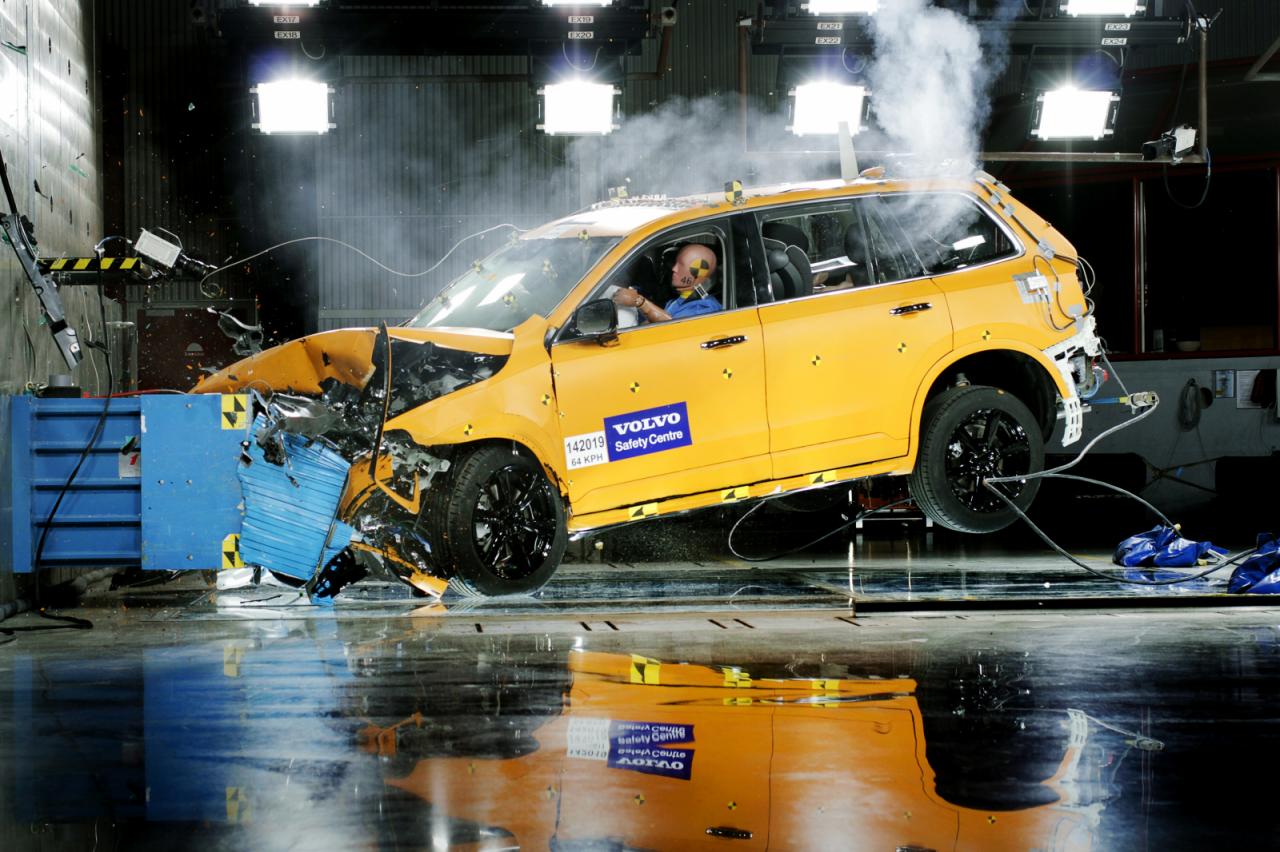 Volvo is so confident in the safety of its all-new 2015 Volvo XC90 that it has released crash test footage which was taken at the company’s special crash facilities in Sweden. 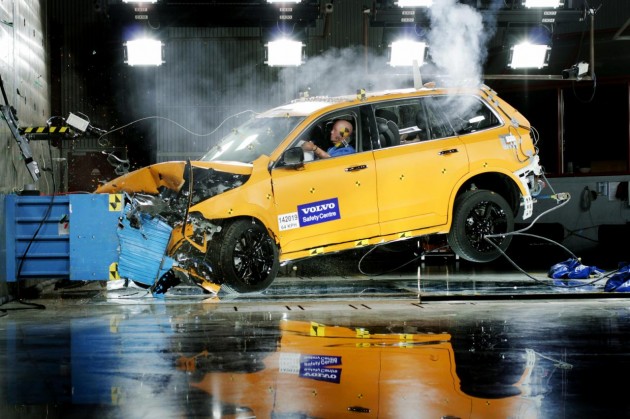 There’s something strangely therapeutic about watching crash tests in slow-motion; watching the panels slowly crumple in under the pressure; watching the airbags explode; and watching the wheels snap from their sockets.

Here we see a 64km/h frontal offset crash, a 55km/h side impact test, and a 48km/h roll-over test. As you can see, the main cabin structure holds its shape remarkably well.

Part of this rigidity is down to the hot-formed boron steel which is used for most of the cabin cell. It’s regarded as the strongest type of steel in the industry. Even in the roll-over test you’ll notice the A-pillars hardly flitch.

EuroNCAP and ANCAP are yet to put it through their tests and give it an official rating. Take a look below and see what you think the score will be.