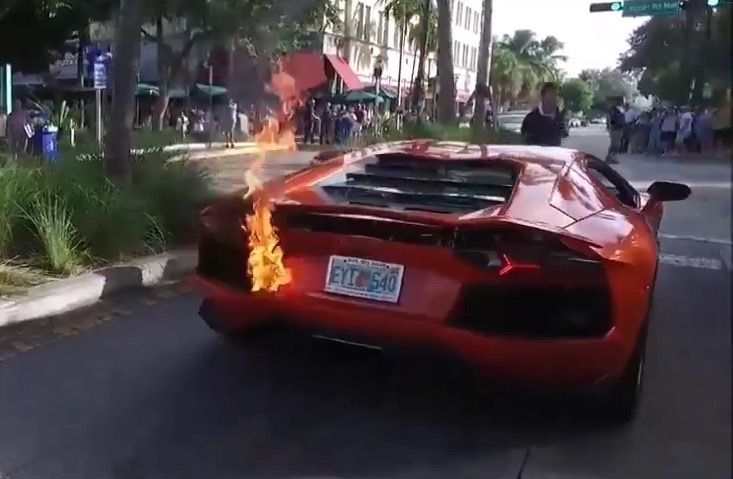 A valet parking attendant in the US has caused a Lamborghini Aventador to catch fire, with several minutes passing by before the flames could be extinguished. 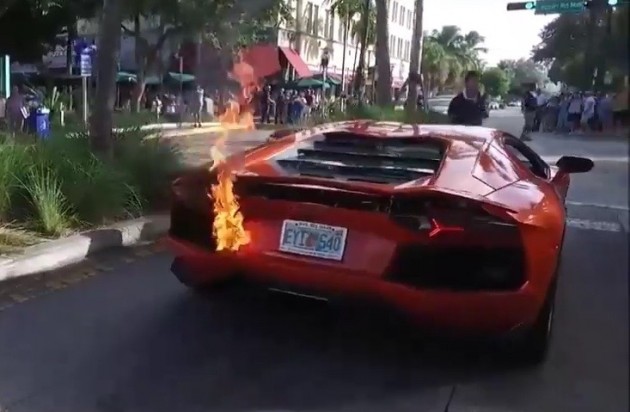 The valet, according to witnesses, took the Aventador up the street, revving the 6.5-litre V12 at low speed. It’s said that revving the large unit can cause enough heat to spit flames… which, in this case, it certainly did.

The accident occurred in Miami’s heavily-populated South Beach neighborhood, with a large crowd soon surrounding the Lambo and its panicking valet.

Thankfully for the valet, the flames were extinguished soon after, but not after learning a valuable lesson about stomping on the loud pedal in traffic. See below.