High-end Porsche tuning company 9ff has revealed its latest project car at the 2012 Essen Motor Show. Called the 9ff GT9 Vmax, the speed machine produces a whopping 1030kW of power (1400PS) and is capable of over 400km/h. 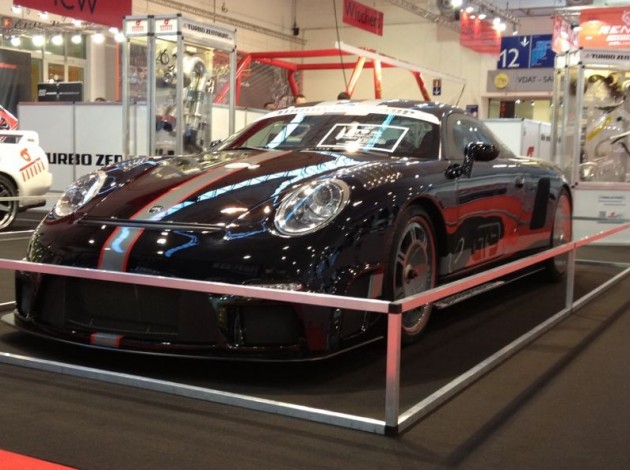 The GT9 is based on a Porsche 911 featuring an extensively ‘chopped’ roof for a sleeker, slipperier shape. The rear end is also completely custom made with carbon fibre panels and polycarbonate back windows, all resulting in an overall weight of 1340kg. 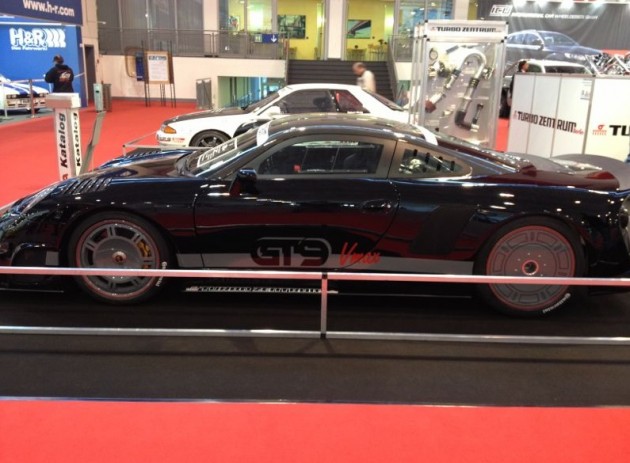 To keep it straight and true the GT9 Vmax rides on a set of special staggered 19-inch front and 20-inch rear alloy wheels that are wrapped in 255/35 and 335/30 Continental Vmax tyres.

The complete package is on display at the Essen Show in Germany, which is one of the biggest automotive aftermarket events on the international calendar. The event runs from December 1 until December 9.

Take a look at the video below for a preview.