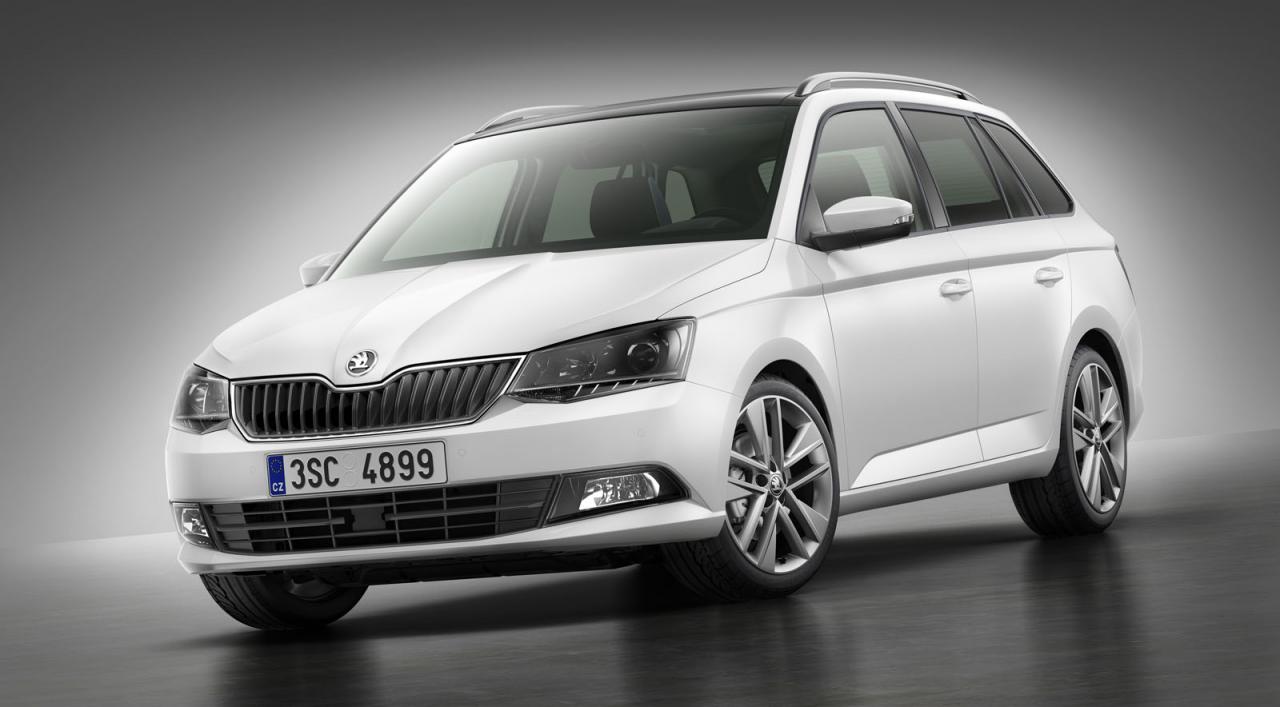 Following the unveiling of the 2015 Skoda Fabia, the Czech Volkswagen-owned company has now shown the Combi wagon version for the first time. 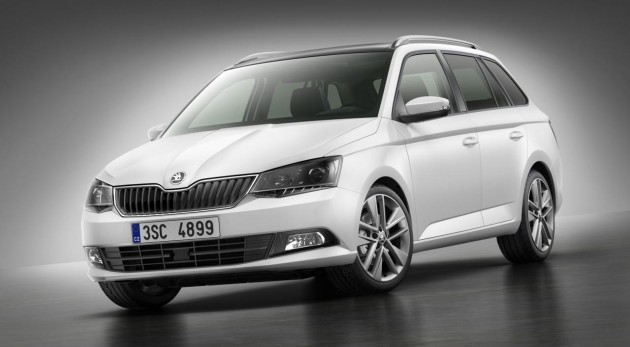 Skoda says the new model showcases a class-leading cargo capacity of 530 litres, with a longer and wider interior, along with 17 practical features including 10 that are all new.

Like the regular Fabia, the 2015 Fabia Combi gets a fresh design inside and out. In particular, the dash layout is much more modern and now includes a comprehensive infotainment interface with MirrorLink connectivity.

Some of the 17 ‘simply clever’ solutions, as Skoda calls them, include an optional adjustable boot floor, an ice scraper in the fuel filler cap, with more cup and bottle holders and a glove box capable of holding a 1-litre bottle.

On the outside, the new model is 10mm longer, 90mm wider, and 31mm lower than the outgoing version, providing increased interior space and practicality. At the front is identical in design to the hatch, with the new headlights and a more defined grille area, while at the back are some new taillights and a gently sloping roofline.

As for the under-bonnet stuff, up to six different engines will be on offer depending on market region, with petrol units producing 55kW and up to 81kW, and diesel offerings ranging from 55kW and up to 77kW. An RS version will not be offered this time around.

The new model will make its official debut at the Paris Motor Show starting tomorrow. More information regarding the Australian market is likely to be announced then. Stay tuned for plenty of updates.