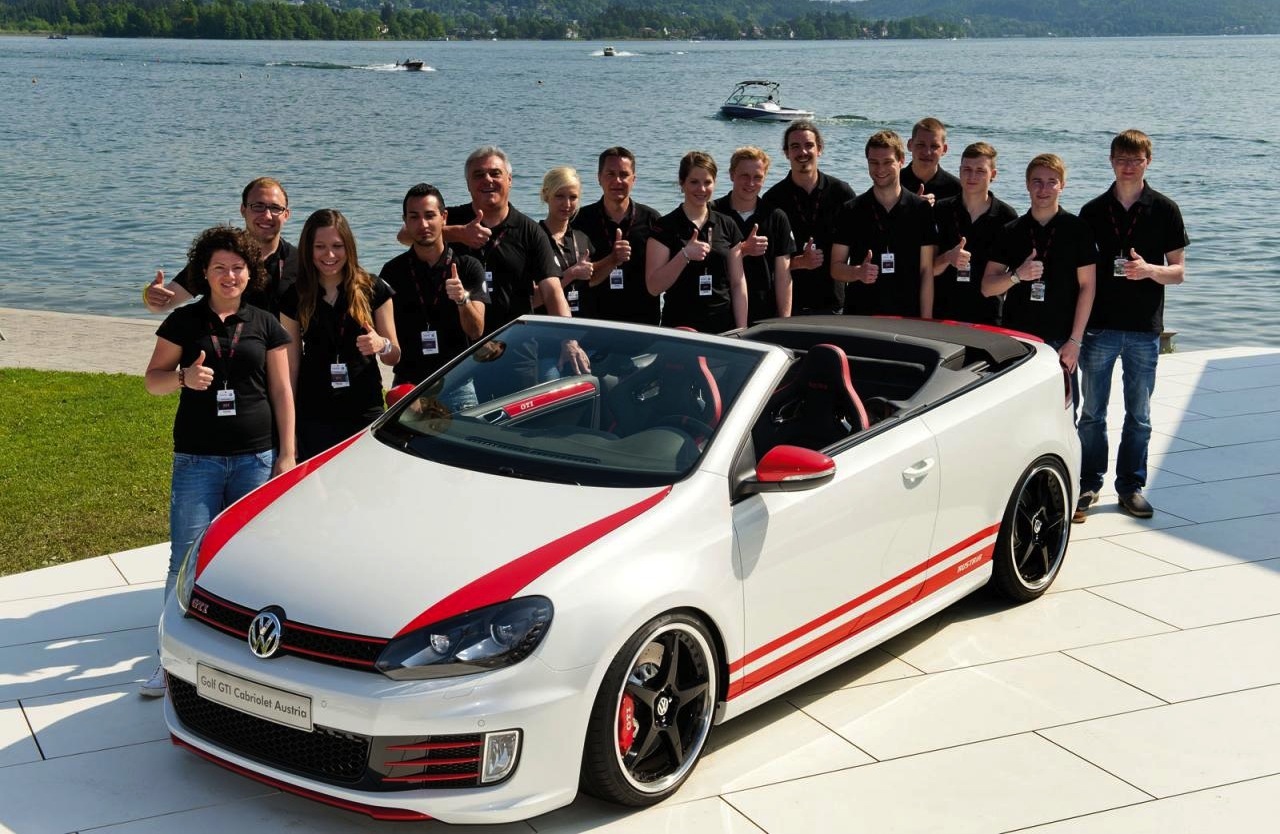 The concept car project that 13 Volkswagen apprentices have been working on for the past year has been revealed at the 2013 Worthersee festival in Austria. Called the Volkswagen Golf GTI Cabrio Austria concept, the drop-top GTI is based on the previous gen Mk6 Golf GTI. 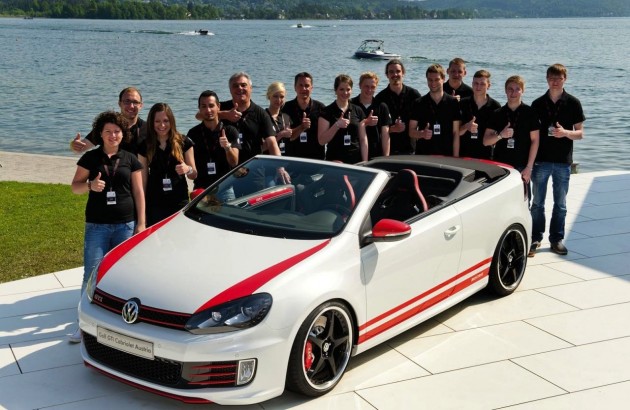 As previewed last week, the young guns, including four women and nine men, have reworked almost every aspect of the Golf to create something really unique.

Starting with the engine compartment, the Cabrio Austria concept features a boosted version of the GTI engine. It’s a 2.0-litre turbo four-cylinder, producing a very healthy 245kW of power.

Acceleration and performance figures haven’t been mentioned, although, considering the standard GTI is able to cover 0-100km/h in under 7.0 seconds, this concept would likely dip into the 5.0-seconds range. 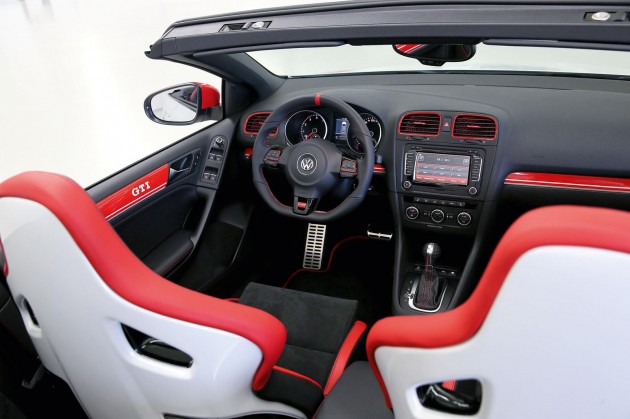 In other areas, the interior has been given a major overhaul with a distinct tri-tone colour scheme throughout. It gets big racing-style bucket seats, leather and Alcantara trimmings, and a 2250-watt stereo system.

Although the concept features lots of Volkswagen parts from the current catalogues, the apprentices, aged from 17 to 23, had to negotiate with suppliers for the really bespoke items.

This is now the sixth project show car Volkswagen apprentices have built over the years, with each model debuting at the Worthersee event.