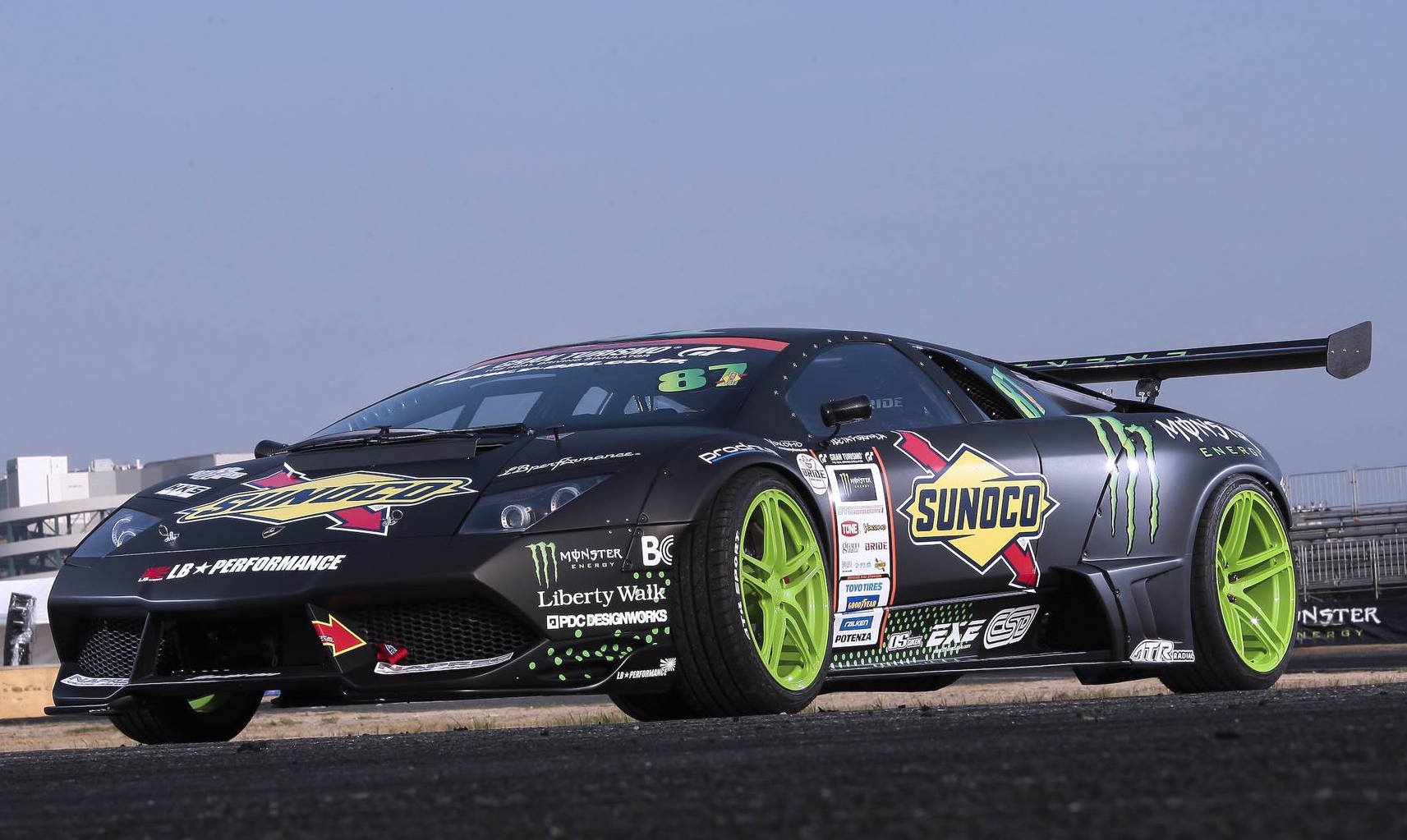 You’ve probably seen your fair share of awesome drift cars and crazy conversions, including that old Subaru WRX with the BMW M5 V10 conversion, but we’re betting this one takes the cake. Yep, it’s a Lamborghini Murcielago drift car. 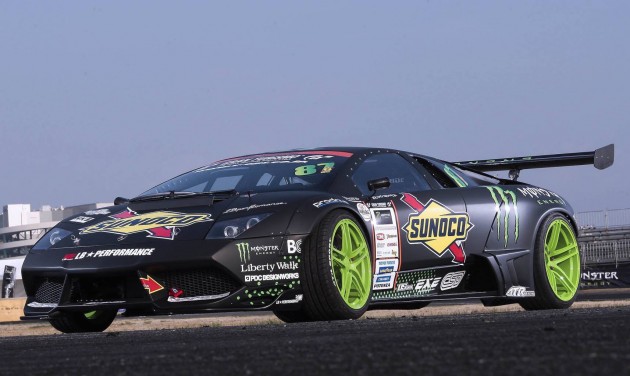 Of course only in Japan would there be such an extravagant drift car, a region where the sport was born. It was built for D1 GP Monster-Energy-sponsored driver Daigo Saito, who is currently testing the outrageous setup.

To make sure the otherwise all-wheel drive supercar can produce long, smokey powerslides, Daigo has had the car converted to rear-wheel drive. The 6.5-litre naturally aspirated V12 has also been tweaked to produce around 485kW.

Now, obviously the car has been modified in other areas quite extensively to accommodate the action of drifting. There has been vast revisions to the chassis and suspension so that it remains super-stiff and rigid. 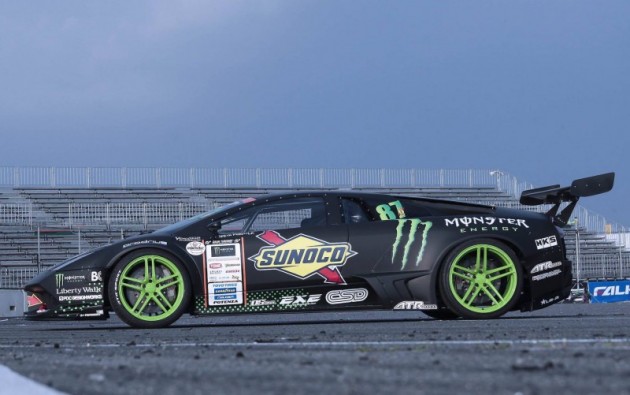 The body has also be modified to suit the sport, with a chunky bodykit provided by renowned styling guru Liberty Walk, along with a big rear wing and aftermarket deep-dish alloy wheels (in green of course).

Daigo usually drifts a 1000hp R35 Nissan GT-R, so obviously the 650hp Lamborghini is no trouble. It must have taken some getting used to though as the mid-engine layout would have a big impact on balance and weight-shifting momentum.

Take a look at the videos below for more of a look. This first video shows us the build process and some of the modifications, while the low-quality one further below shows how the Murcielago performs out on the drift circuit. We’ve also thrown in an example of Daigo drifting his GT-R mad machine at the bottom.