This may not be performance car news but for anyone out there who has grown up with toy cars, you’ll enjoy this insane Hot Wheels track video that has just been uploaded on YouTube. 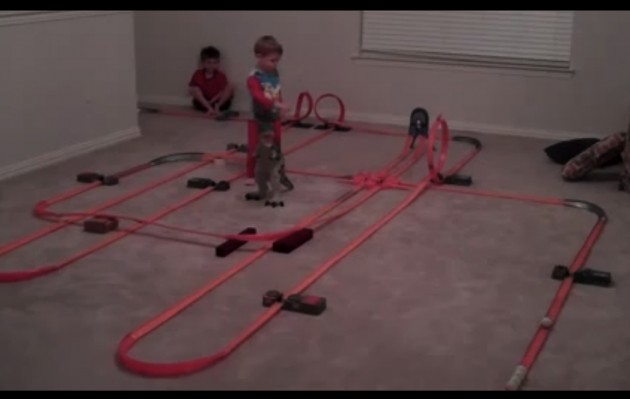 We could bet that almost all car nuts out there, like us, have been brought up with Matchbox cars and Hot Wheels cars. Spending hours playing with them and begging the parents for the ‘new one that has just come out’.

This insane Hot Wheels track starts off in the living room of the house and loops around the room for a while. At this point you’re left thinking, ‘woah, that’s pretty cool’. But then the track ventures outside the room, and into what appears to be every room of the house, including up a flight of stairs.

It’s not over yet. The insane Hot Wheels track then takes it outside, down the path and around the block and into the backyard. It even launches the little car into the air only to be caught by a funnel which redirects it back into motion.

Click play on the video below to witness what is surely the most insane Hot Wheels track you’ve ever seen?