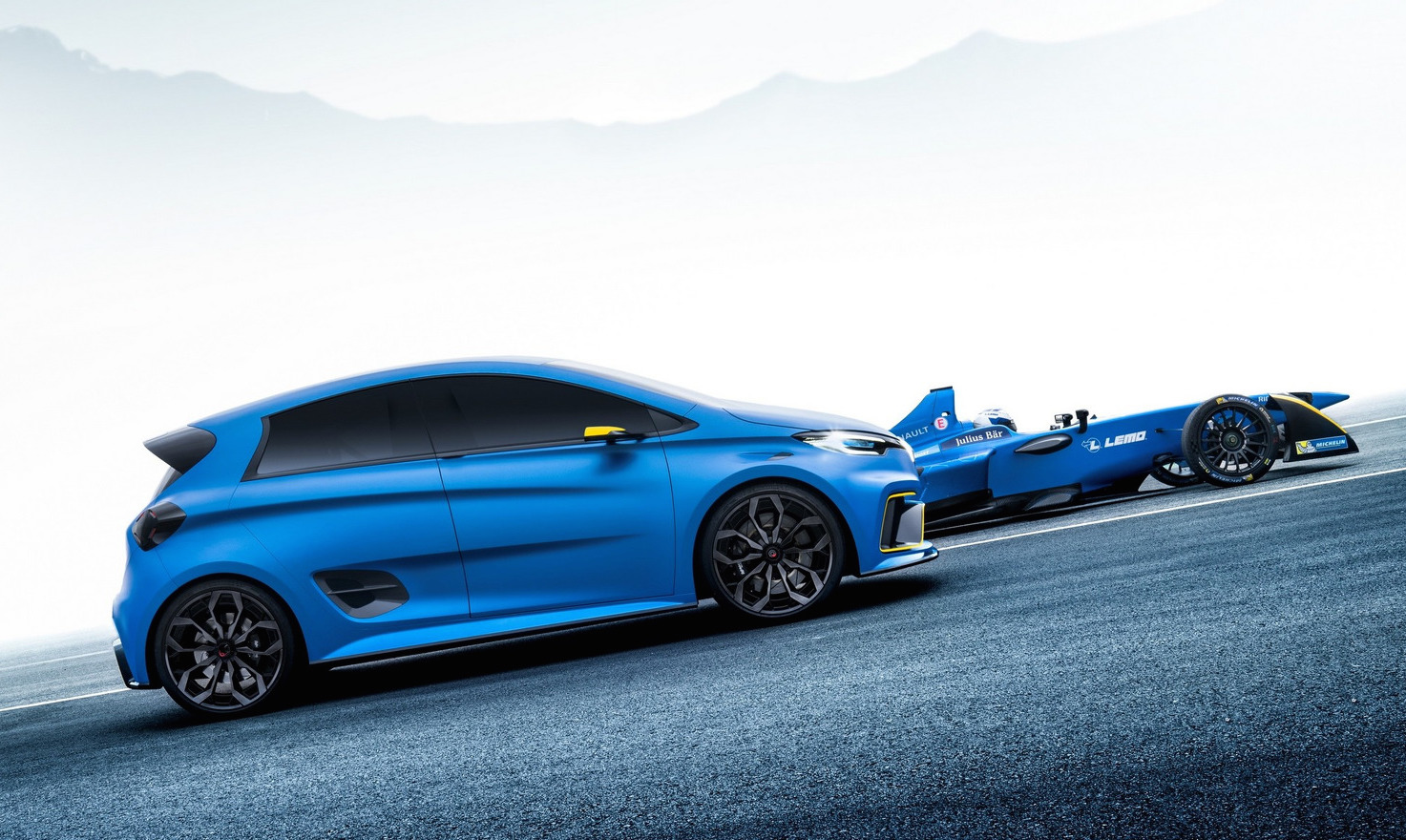 It was only a matter of time before the world of EVs and the world of hot hatches collided, particularly with Renault’s expertise in both fields. 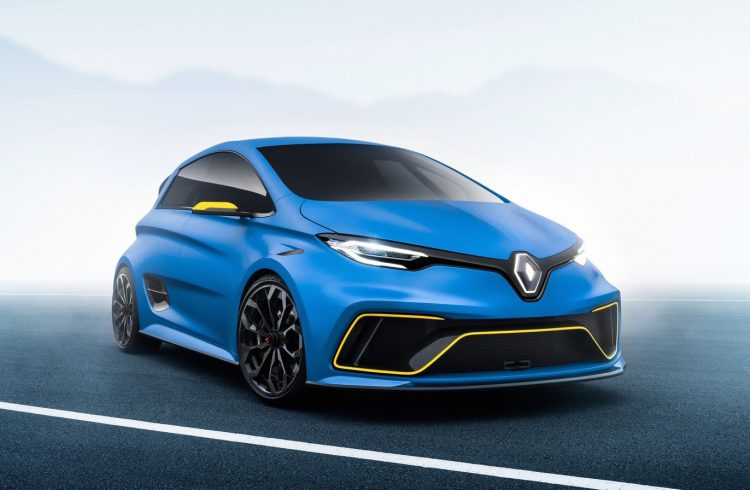 Enter the ZOE e-sport concept, which is not only hot hatch fast, but supercar fast thanks to a significantly powerful electrical powertrain developed from Renault’s three years of Formula E experience. It also wears the same colour scheme as that vehicle.

As such, it has a carbon-fibre body with total weight of the vehicle kept to 1400kg, despite the presence of a 450kg lithium-ion battery pack.

The new electrical powertrain develops a staggering 340kW and 640Nm from a standstill, meaning the little Frenchie will cover 0-100km/h in a Tesla-esque 3.2 seconds.

The interior also gains some style too, with blue accents and hexagonal steering wheel, and a unique instrument pod.

This heralds the creation of a new genre, with BMW also tipped to be developing an ‘S’ version of its upcoming i3 facelift. The ZOE production car was recently revised with 400km of range, announced late last year.