With the next-gen 2014 Lexus IS just around the corner, Lexus Australia has increased the value of the current lineup with the launch of two special editions; the IS 250X and IS 350X. They come with up to $9000 worth of added extras. 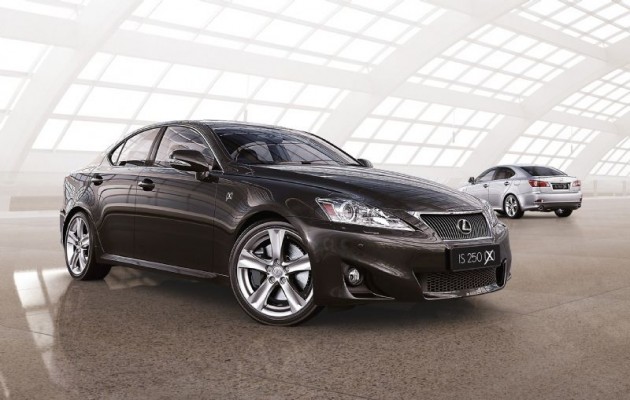 Based on the base model ‘Prestige’ the IS 250X and 350X come standard with satellite navigation, parking sensors and a reverse camera, sports pedals, a rear lip spoiler, and a set of 19-inch five-spoke alloy wheels.

Making the X models – ‘XTRA’ – really unique though is the trim, comprising of red perforated, semi-aniline leather with red stitching.

The editions will be available until March 31 with drive-away pricing, while stocks last. Drive-away prices are as follows: