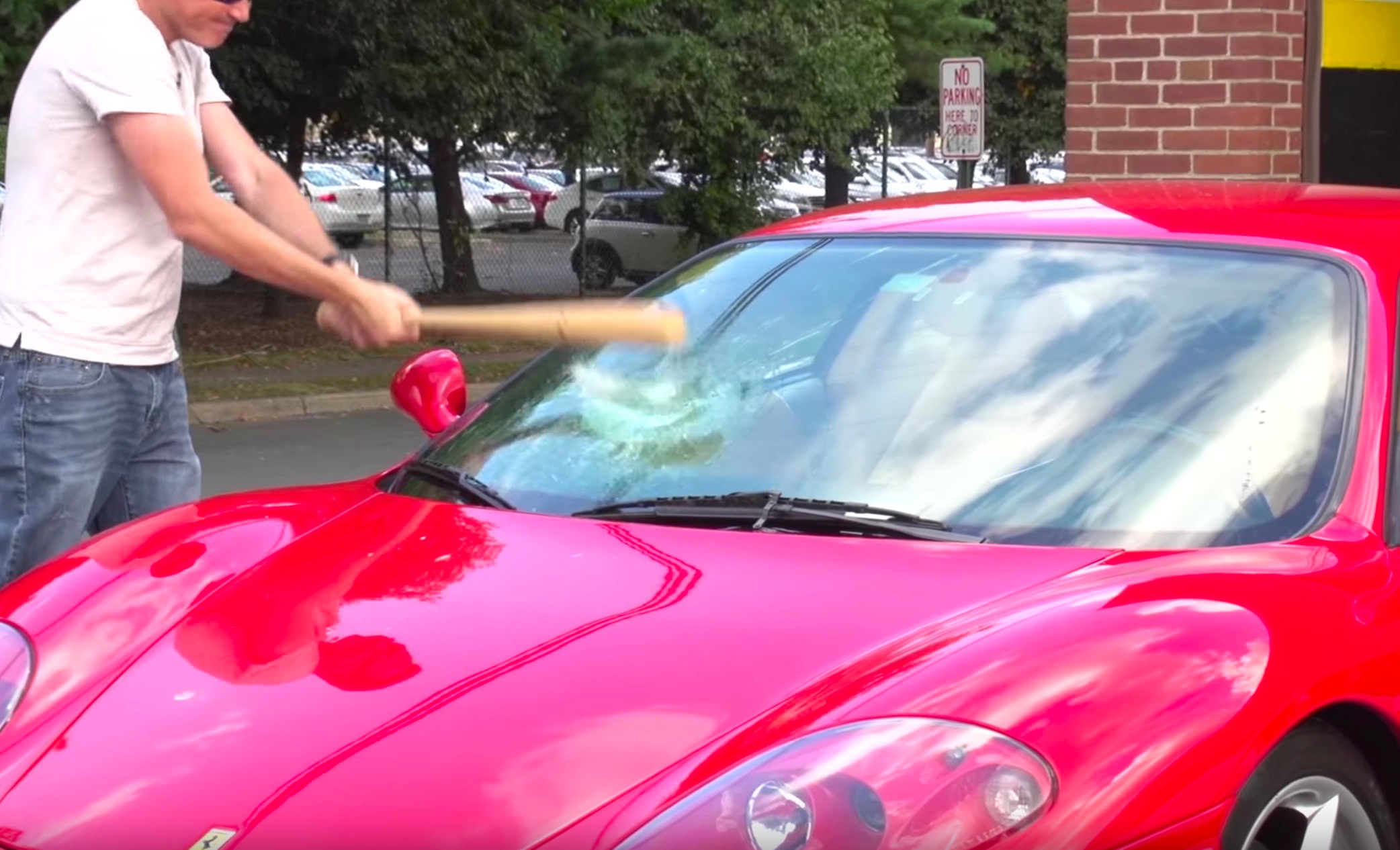 Popular automotive YouTuber Rob Ferretti has smashed the windscreen on his Ferrari 360 as part of a stunt, only to find out the replacement he had planned was also broken.

Ferretti explains his frustration at having to replace the air vents, which are in a difficult spot to reach near the windshield. He continues to explain the easiest way to replace said air vents is to give the glass the “Good old fashioned… American Louisville slugger”, before taking a baseball bat to the glass.

He’s then forced to drive his Ferrari, complete with smashed windshield, to the repair shop fifteen minutes away where the story takes another unfortunate turn.

As he struggles to take out the US$3200 replacement windshield, his cameraman notices that the replacement has been split in half during transit, meaning this stunt turned out to be a little more expensive, and whole lot more frustrating than first planned.

His channel ‘superspeedersRob’ has just under half a million subscribers, and this video is sure to go viral considering the audience gets to bathe in the glorious smack in the face karma thrown back at him.

Rob Ferretti was part of the group of applicants who were ultimately rejected for the new Ford GT supercar. It’s in all likelihood that because of clips like the one below that he was rejected. Ford judged applicants on a variety of things; including how the owner intended to drive and take care of their GT. It’s not hard to imagine why Ford knocked him back… We doubt Ferrari will be keen to sell him another one either.