Holden has announced prices and details on the new 2012 Holden Colorado ahead of its launch halfway through this year. Prices will start at $26,990 for the base 4×2 model, which is around $1500 cheaper than the existing model, and up to $51,990 for the flagship LTZ. 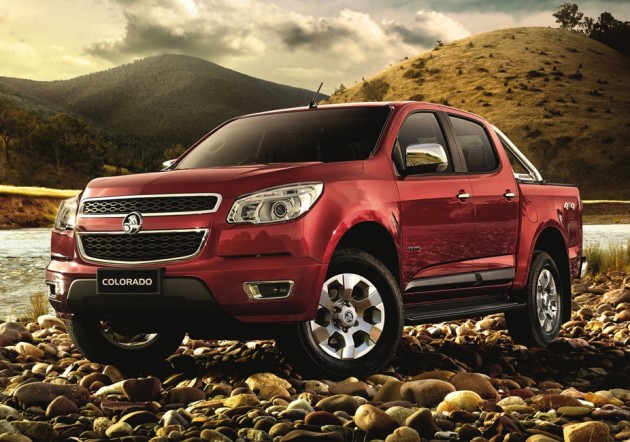 The 2012 range is all turbo-diesel this time around, with two engines available depending on the variant. There’s also a new six-speed automatic transmission that will be available for all models except the entry-level DX 4×2.

All new 4×4 variants will come with a two-speed transfer case with high and low ranges, while all models come standard with stability control, and four airbags. Variants with the 2.8 engine will also offer a towing capacity of 3500kg, while the 2.5 DX tows up to 3000kg.

The new model will arrive around June this year, however, Holden executive director of sales, marketing and aftersales, John Elsworth recently said,

“Customers can now pre-order a Colorado at their Holden dealer before the end of the financial year, and secure the first deliveries.”

Full range specifications and features will be announced closer to the official launch. 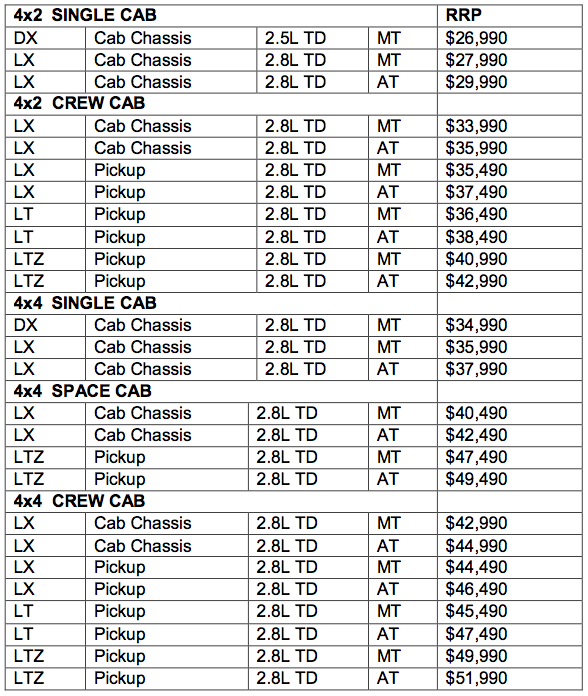