TRD (Toyota Racing Development) is preparing the TRD Lexus IS F Circuit Club Sport for the upcoming 2011 Tokyo Motor Show. This is the performance upgrade pack for the muscular IS F. 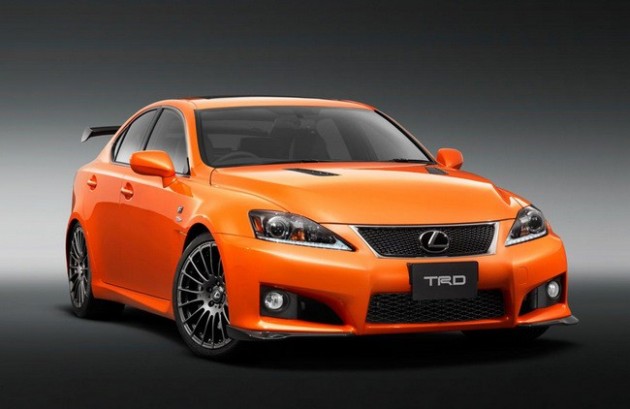 As previously reported, the TRD Lexus IS F Circuit Club Sport was a concept upgrade package for the V8 Lexus IS F, but now it will go on the market in Japan. It features various lightweight carbon fibre revisions, including a carbon bonnet, boot, and front and rear bumper bars, as well as some serious aerodynamic enhancements.

At the front, there’s carbon fibre lip extensions which help the IS F cut through the air more efficiently, as well as guide air up and over the body, while at the rear there’s an unmissable carbon fibre rear wing to provide downforce. The rear also gets an aggressive carbon fibre rear diffuser. 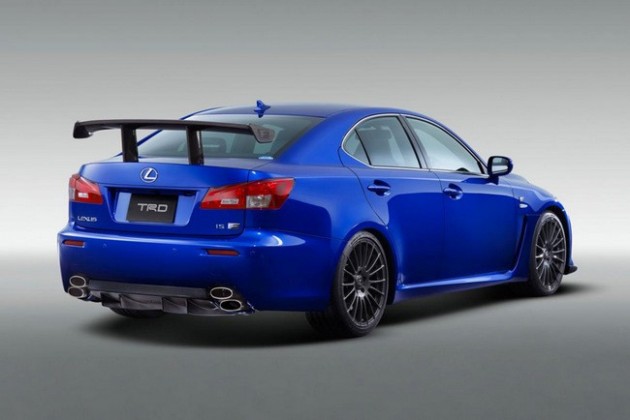 Mechanically, the TRD Lexus IS F Circuit Club Sport gets uprated suspension with adjustable shocks, higher performance brake pads, and a new lightweight exhaust system. Although there are no known changes under the bonnet, the standard IS F’s 5.0-litre V8 – producing 311kW and 505Nm – now has less weight to propel.

Other highlights include lightweight forged alloy or optional magnesium wheels, carbon interior trimmings, and a special TRD limited-slip differential. More details are expected to be revealed at the Tokyo Show, including overall weight and acceleration figures. The show starts on November 30.