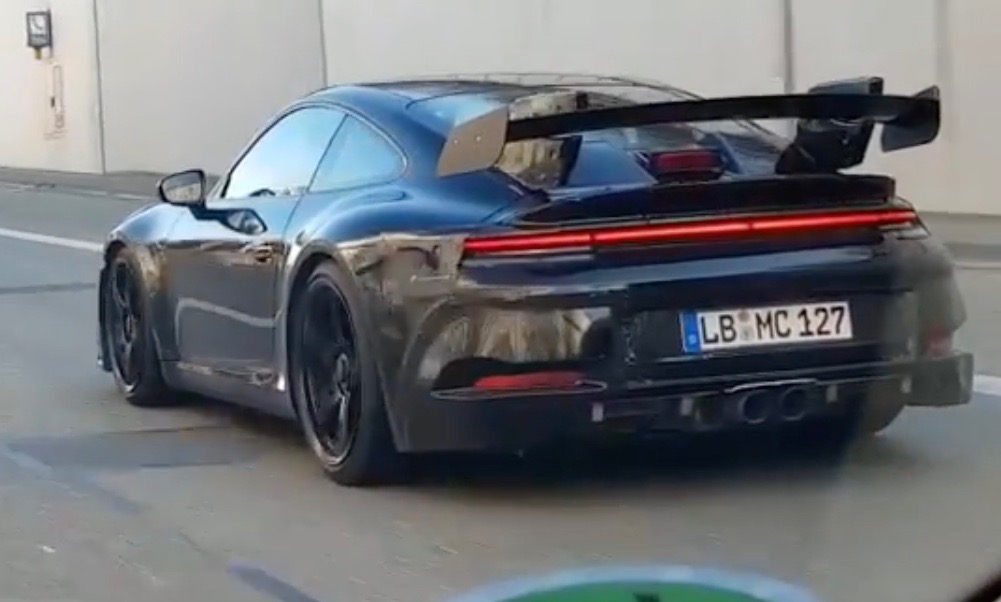 Porsche has been spotted test driving what appears to be the 2020 911 GT3 ‘992’ road racer in prototype form. A suspicious prototype was recently seen driving along the motorway in Germany. 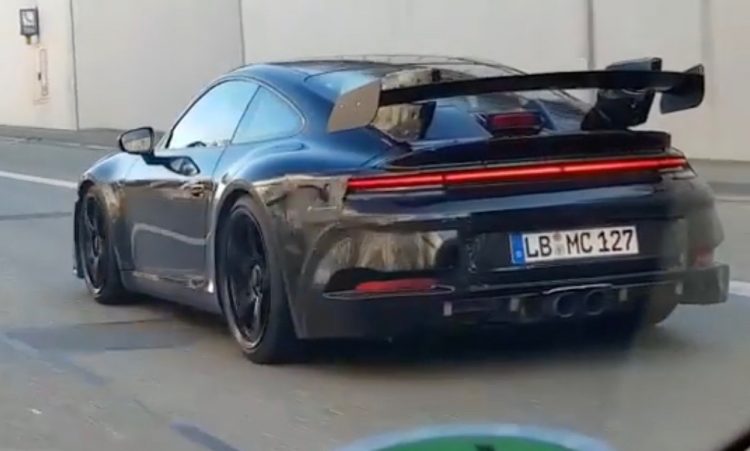 A video capturing the new beast was posted up by an Instagram user, and although it is only a short video it does show some interesting details. And it’s yet more evidence of the new GT3 being on the way following the unveiling of the 992 Carrera.

The main telltale sign that this is the GT3 is of course the huge rear wing. It’s difficult to confirm if this is the exact wing design that will be applied to the production car, but it does look very serious. The end plates are much, much larger than the ones on the 991 GT3.

We did see an early prototype version of what was believed to be the next GT3 on the Nurburgring in November last year. That prototype featured a similar rear wing with similarly unique mounting struts. However, this prototype could be somewhat evolved as the lower diffuser does look more aggressive.

Like the regular 992 Carrera, the new GT3 looks set to adopt the latest full-width taillight treatment, along with the curvaceous hips that support fat rear tyres. At the front is expected to be a lower splitter system like with past GT3s, along with a bespoke bumper bar with bigger intakes compared to the regular 911.

No details have been confirmed yet regarding the powertrain for the new model. While the rest of the 911 range is now turbocharged, the GT3 is set to remain naturally aspirated. Speculations suggest a further evolution of the existing 4.0-litre flat-six to reside behind the cabin. It currently produces 368kW. This could be turned up beyond 375kW for the new generation.

Check out the quick video below for a preview. All is likely to be unveiled later this year, potentially at the Frankfurt motor show in September.