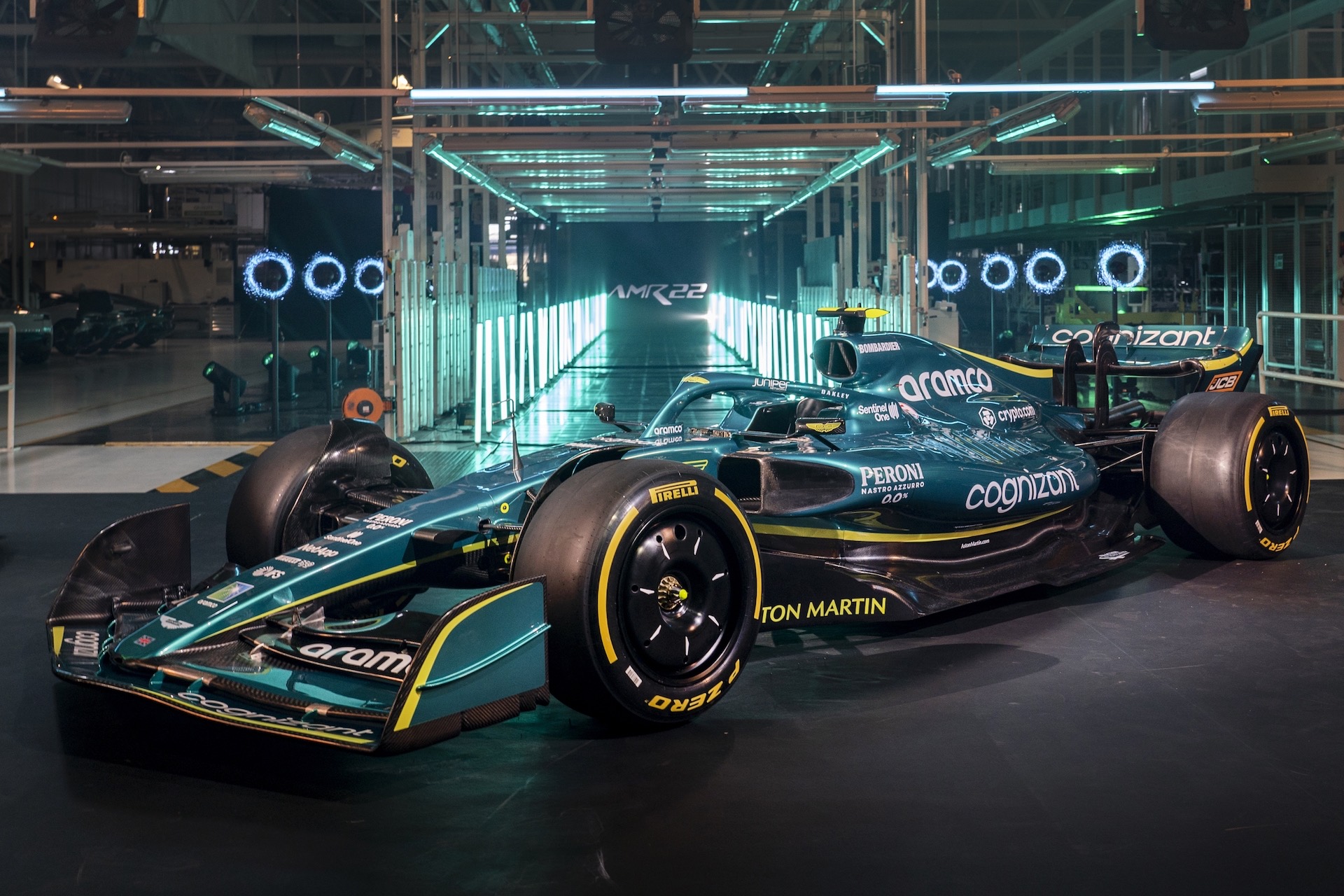 Aston Martin Aramco Cognizant Formula One – try saying that 10 times in a hurry – has taken the wraps of its entrant for the 2022 Formula 1 season, with the reveal of the AMR22. 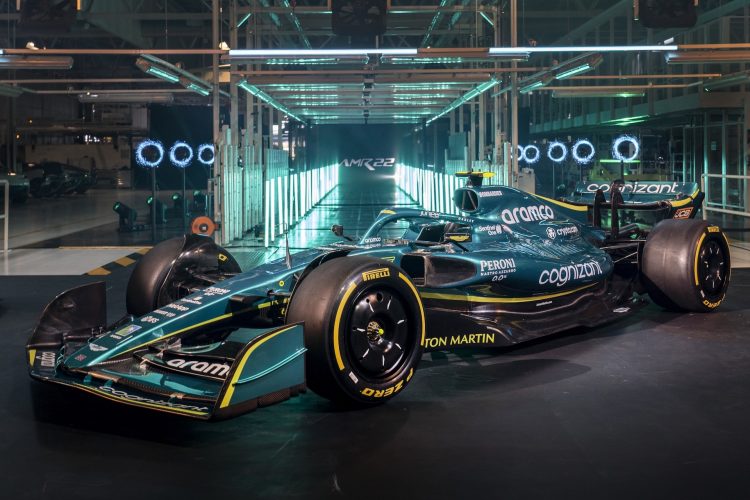 The AMR22 was unveiled at Aston’s assembly line in Gaydon, with the reveal marking 100 years since the company’s first-ever Grand Prix at the 1922 French GP, ahead of what may prove as one of the most exciting seasons we’ve seen in years.

This is due to the fact that the FIA has implemented a number of new rule changes in the hope of enabling more overtakes to ensure the races are more dynamic and exciting for viewers.

It means that for the first time ever, F1 cars will be racing around on 18-inch low-profile tyres supplied by Pirelli, with radically redesigned aero packages to reduce the amount of ‘dirty air’ while one car is chasing another, to provide more overtaking opportunities.

F1 says that air tunnel testing shows that when a car is trailing behind another, they lose as much as 35 per cent of their downforce while three car-lengths behind, increasing to 47 per cent while closing up to one-car length.

Power remains supplied by a 1.6-litre turbocharged hybrid, which is now updated to run on 10 per cent biofuel, up from last year’s 5.75 per cent figure, effectively meaning these cars will run on E10. 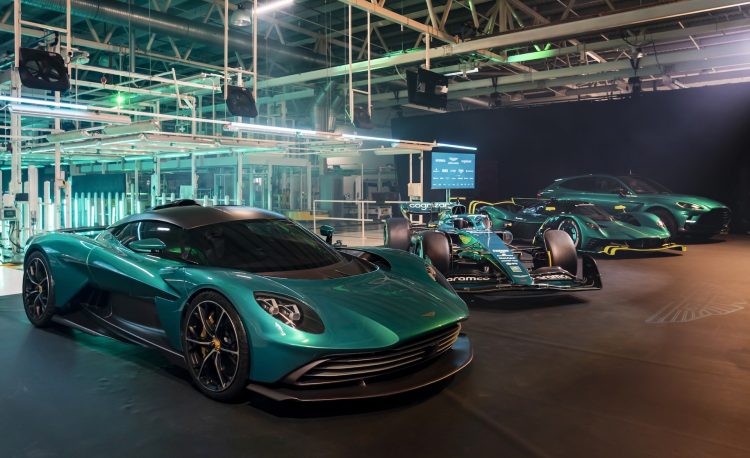 Aston says that since jumping into the F1 shark tank, it has seen website traffic jumping anywhere between 15-25 per cent, with the greatest traffic seen on race weekends where the Aston Martin Lagonda and Vantage are used as an official safety car. Tobias Moers, CEO of Aston Martin Lagonda, said:

“Seeing the AMR22 on the assembly line at Gaydon today, alongside our flagship new models like Valhalla, Aston Martin Valkyrie AMR Pro and DBX707, is a great example of how we are creating a culture of engineering excellence at Aston Martin, establishing a dynamic and exciting innovation lab to drive forward future Aston Martin road car technologies and performance.”

The 2022 Formula 1 season kicks off with the Gulf Air Bahrain Grand Prix, running from March 18-20.