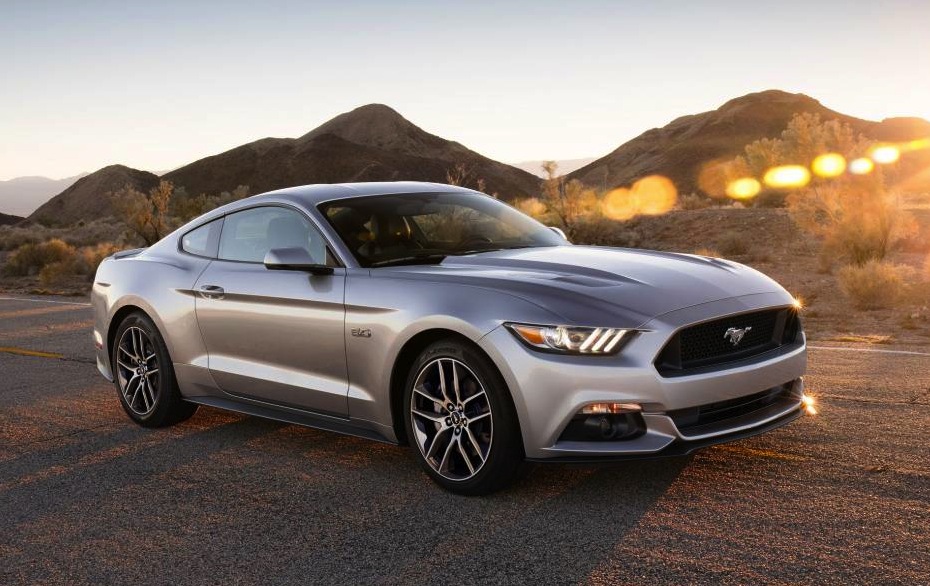 Ford Australia has announced surprisingly low prices for the 2015 Ford Mustang, which will arrive locally a bit later this year. 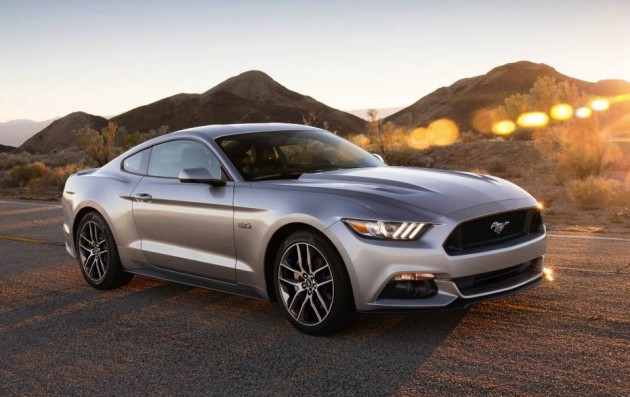 The 2.3-litre EcoBoost engine produces 233kW of power and 432Nm of torque. All 2.3 variants come with a limited-slip differential as standard, as well as 19-inch alloy wheels, a stainless steel dual exhaust, HID headlights and LED taillights, auto wipers, dual-zone climate and sat-nav all as standard. The 2.3 also gets 352mm front and 330mm rear sports brakes.

Going for the GT 5.0 V8 gets you a 303kW engine producing 525Nm. It comes with bigger Brembo brakes (380mm front), staggered 19-inch alloy wheels measuring 9.5 inches width on the back, and all of the standard features that the 2.3 comes with, including a six-way power driver’s seat, SYNC2, a rear-view camera, and a nine-speaker stereo with a high-res 8.0-inch touch-screen.

So far Ford Australia says it already holds 1200 orders for the Fastback and convertible, while more than 15,000 fans have expressed interest and intend to buy. It will be very interesting to see just how popular the iconic sports car goes in Australia, especially at these relatively low prices. See below for the price list (excluding on-road costs): 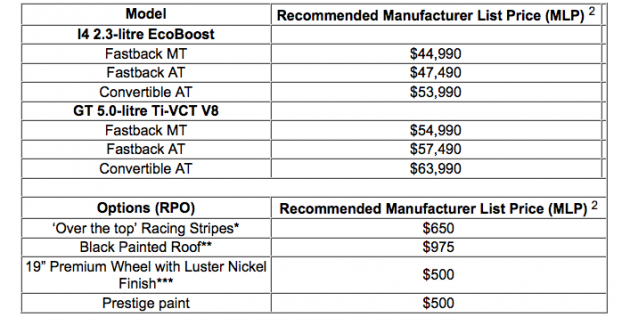 See below for the standard features: