A preview of Maserati’s upcoming super sports car, known as the MC20, has been sent out. It shows an early prototype being driven at night in front of a fairly evocative hand sculpture. 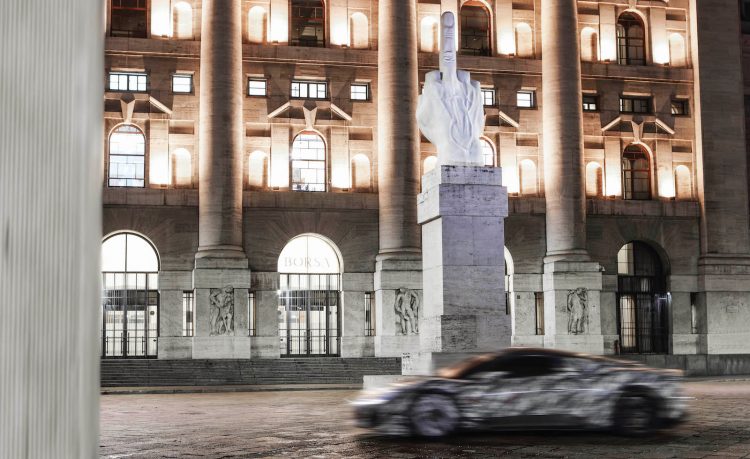 The sculpture in question is Maurizio Cattelan’s L.O.V.E., in Milan, which was created to symbolise Italian boldness in contemporary art. And it’s probably no coincidence Maserati is showing an MC20 prototype right in front of the sculpture, as it is a brand that describes itself as featuring “100 per cent Italian DNA”.

We’ll forget that Maserati is owned by Fiat Chrysler Automobiles with a corporate headquarters in Amsterdam and financial headquarters in London, and the fact that most of its showroom cars feature a German-made ZF-based auto transmission.

Even so, the new MC20 is set to be Maserati’s next hero model, perhaps taking some inspiration from the monster Ferrari Enzo-based MC12, built between 2004-2005. From the prototype seen here, which is believed to be quite an early one, the design is set to take on a low-slung profile in traditional supercar fashion.

No concrete details are confirmed with the teasers. Maserati simply says this is the start of a new phase of road and track tests for the MC20. Over the next few days the prototype will be doing the rounds in other symbolic locations around Italy, and then it will return to its hometown in Modena for final development. 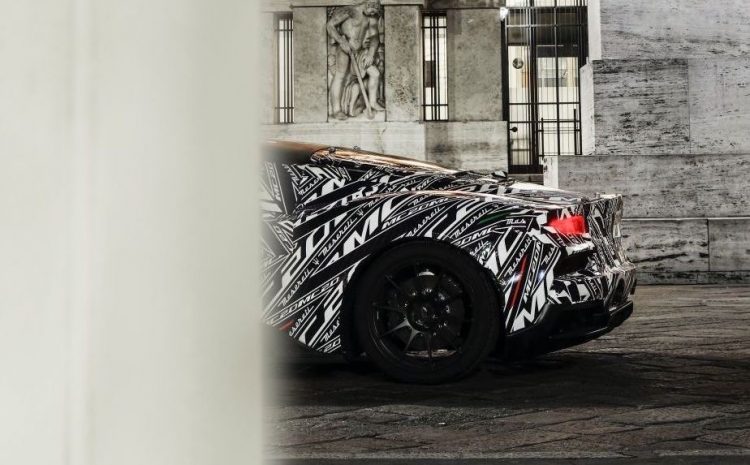 As confirmed last month the MC20 name is being given to the model to symbolise a new era in Maserati’s history. Standing for ‘Maserati Corse 2020’, it’s the first of a new generation of products on the way from the brand.

There is talk of the MC20 using a stretched version of the Alfa Romeo 4C’s carbon fibre body, while power is set to come from a new hybrid that could produce around 450kW. This is believed to be Maserati’s upcoming next-gen powertrain. We’ll know more over the next couple of months, with a full debut set for May.